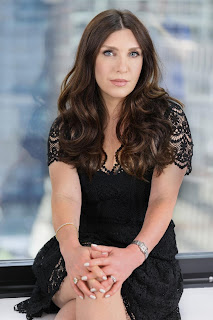 L.W. Clark is the author of the new novel The Yellow Suitcase. Born in Tblisi, Georgia, she lives in Manhattan.

Q: What inspired you to write The Yellow Suitcase, and how did you create your character Alyssa?

A: When I was in Hawaii on the beautiful island of Kauai, I read The Catcher in the Rye by J.D. Salinger. Its simplicity and honesty was a big inspiration for me to write The Yellow Suitcase.

Since the beginning of the book is based on a true story, I created Alyssa’s basic character, such as her look and personality. It was like making a rough draft, and as the story unfolded she became a more complete character. Like a live person, or an actress playing a role.

A: No, I didn't know the end of the story when I started writing. It was a step-by-step building process. I was even surprised with my ideas as I was writing. 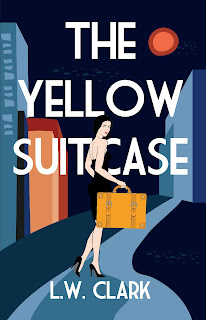 Q: What do you think the novel says about immigrating to the United States from Eastern Europe?

A: Immigrating to a new country is very difficult - I wish no one would ever have to do it. There are so many changes involved when starting a new life in a new country. It's not easy, but it's worth it. The reason many do it is to  leave an unhappy or unsafe place with the promise or hope of a better life.

The United States is the greatest country in the world in many aspects, but one of the biggest is that this country has saved many people's lives, not only for immigrants, but their families overseas. The country offers many opportunities. Dreams can come true here.

A: That perseverance, an open mind, and most of all love, will always win.

A: I'm collaborating on a limited series screenplay based on the story with our awesome PR team and friends, Jeremy Murphy and Brian Aker of 360bespoke.com

A: If you're interested in an immigrant's story of struggle, determination, and romance, told with some drama and a lot of humor, please read the book!