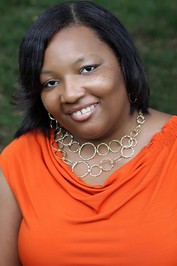 A.C. Arthur is the author of the new novel The After Party. Her many other books include the After Hours trilogy. She is also a paralegal, and she lives in Maryland.

Q: You've mentioned the films 9 to 5 and Girls Trip as inspirations for your new novel. How did you create your characters Draya, Venus, and Jackie?

A: The initial sketch of my characters came mostly from 9 to 5. I thought about the Doralee character when creating Draya, but instead of having her feel exhausted and offended by the attention men were giving her based on her looks, I wanted Draya to own every aspect and possibility of her sexuality.

Venus was a staunch professional, much like Violet from the movie, but without the family life.

Judy and Jackie could not be more different. But I knew that I needed this character to really feel like an outsider—at work and amongst the threesome—so that in the end, forging their bond as friends would be the most important thing to each of them. 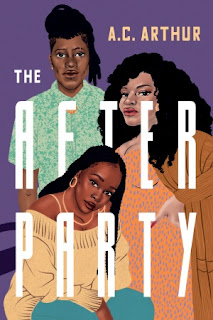 A: I started out with a synopsis and an outline for this book, so I did have an ending planned. However, two drafts later, that ending changed quite a bit. I just remember while writing that Draya, Venus, and Jackie decided to have their say and took over my pen!

Q: You tell the story from your three characters' perspectives. Did you write the novel in the order in which it appears, or did you focus more on one character before turning to the others?

A: I always write my books in chapter order, which helped me tell the story through the lens of each character at any given moment.

Sometimes when I’m about halfway through the book I may come up with some dialogue for the ending scene and I’ll jot that down, but it inevitably gets adjusted by the time I actually get to the end.

As you can imagine, with characters like these three I had to refrain from jumping ahead to keep up with the ideas, but I managed to stay on track with how I typically write a book.

A: I’m finishing up a multi-generational story about family, food, and forgiveness titled Happy is on Hiatus. It’s my second women’s fiction book and I can’t wait for people to meet those characters next.

A: I love to hear from readers – old and new. Please be sure to check out my website acarthur.com to connect with me on social media and sign up for my newsletter. Thanks again for the conversation! It’s been a pleasure.