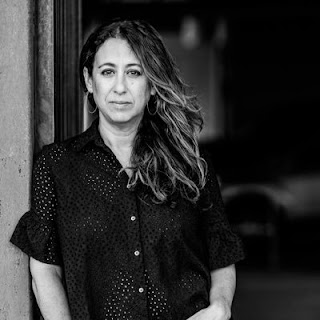 Hayley Krischer is the author of the new young adult novel The Falling Girls. She also has written the YA novel Something Happened to Ali Greenleaf, and her work has appeared in a variety of publications, including The New York Times and The Atlantic. She lives in Glen Ridge, New Jersey.

Q: You've said that one inspiration for The Falling Girls came from the murder of teenager Skylar Neese in 2012. How did that incident lead you to create your characters Shade and Jadis--and of course the three Chloes?

A: The girls who murdered Skylar Neese were her best friends. I was fascinated by the way they ticked. I wanted to understand how they could possibly get to that point. Why would they want to kill their best friend? It begged the question: Couldn’t they just stop being friends with her?

Obviously those girls were sociopathic or psychopathic, but it’s impossible to ignore how intertwined their lives were before the murder in real life and on Twitter. I wanted to show how wrapped up girls can get in their friends and how it feels as if you can’t unwrap yourself.

Q: In an interview on NPR, you said that "there is an element to looking at female friendships and how much girls really just put everything on the line for their friends, and when they feel devastated by something, how sad they can feel and how alone they can feel." What do you think the novel says about female friendships, especially among high school students?

A: Female friendships are so important to women because we feel nurtured and understood by our friends. Friendships can also have its limitations and when a friend disappoints us, it’s hard to not take it personally and feel completely betrayed. 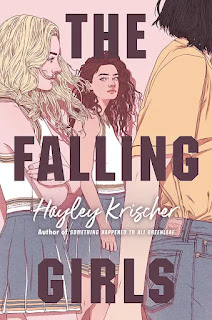 Those feelings are especially heightened in high school because of hormones and because you’re with those friends all the time. They become your world. I wanted to capture that moment where the person who you feel abandoned by is the person who you want to turn to the most.

A: The title is from a tattoo that Jadis gives to Shade. It’s of a girl who is supposed to be flying up to the sky in a cheer stunt, but instead, she’s falling.

I see that as the moment that Shade and Jadis’s friendship is really fractured. It’s sort of my albatross, if you will. Instead of it being a seagull, it’s a girl falling to her death. It speaks a lot of what’s to come.

Q: What do you think the novel says about cheerleading and its role as a sport?

A: My intention is to give cheerleading the utmost respect. Cheerleaders are incredible athletes and they’re doing stunts that are high-risk without any safety net and a high injury rate. I want people to really see it as the grinding, tough sport that it is.

A: I’m working on something about Hollywood, but I can’t say any more than that!

A: Friendships sometimes have their ups and downs. Sometimes in life we have a friend who got away. You’re not alone in feeling that way. But when it’s happening to you, you feel so ashamed. I want girls and women to know that we all experience it.