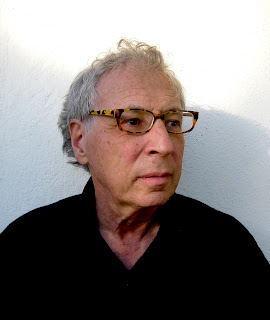 Jeffrey Lewis is the author of the new novel Land of Cockaigne. His other books include Bealport: A Novel of a Town. Also a television writer and producer, he lives in Maine and Los Angeles.

Q: What inspired you to write Land of Cockaigne, and how did you create your characters Walter and Charley?

A: The two chief dots that got connected to start me on this book were a tragic story from some years ago of a couple who lost a child and afterwards thought to establish a drug rehab clinic or something similar near an isolated Maine village in the lost child’s honor (a story which, by the way, I’m not sure I ever heard accurately and which never resulted in an actual clinic); and a former Maine governor’s crude outburst against out-of-state drug dealers that attracted national attention in 2016.

Walter and Charley: to some extent, they’re an homage, reflected in their names, of the quarrelsome artistic couple in Robert Musil’s The Man Without Qualities, Walter and Clarisse.

My Walter and Charley have different struggles, and Musil’s Clarisse is way more difficult and probably crazier than my characters, but still, some link is there.

Musil has been a project of mine. Even Walter’s last name, Rath, is a bit of an indirect homage. Another of Musil’s characters, the industrialist Arnheim, is widely believed to have been modeled after the real-life German industrialist Walther Rathenau, who was Jewish, became Germany’s post-World War One foreign minister, and was assassinated by right-wingers.

Of course, as well, there are more personal tinges in Walter and Charley, and bits and pieces from here and there and everywhere, e.g., for Walter, the image of a finance guy from San Francisco who used to comment on Silicon Valley for PBS’s old Wall Street Week. 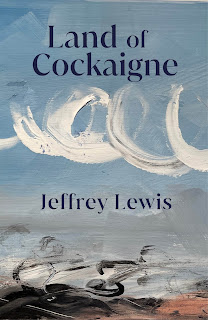 And I love Pete Seeger, whose rendition of “Big Rock Candy Mountain” probably was my first exposure to the mythical Land of Cockaigne.

Q: The book is set in Maine--how important is setting to you in your writing?

A: I have a hard time writing about places I don’t know. I’m mostly not capable of looking up some information online about a place and then stringing together credible fiction set there. My heart’s not in it.

Maine, where I spend a chunk of each year, has some very specific qualities which correlate with aspects of America that I hope are not passing away. I not only love it but it serves for me as something of a refuge from the world’s worst. This could devolve into cliché. Of course I hope it doesn’t.

Setting is more culture than geography. And of course I care about culture, as if it were the food my characters eat.

A: The feeling that they didn’t waste their time or their money.

After that, I think the world is fairly knotty, and more beautiful for being knotty. And I’m afraid that a lot of contemporary opinion is programmatic and tends towards efforts to reduce the world’s knottiness to positions and anathemas. Everybody winds up fighting over everything.

I suppose I’d love it if people read my book and thought more and felt more and fought less. Though, if that miracle happened, I’m sure I’d still come up with complaints, like, what happened to humanity’s fighting spirit?

A: Not much. A screenplay, desultorily. I’m not sure I have another novel in me. Or maybe I’m just speaking out of Covid lethargy.

Anyway, there’s a secret kicker here. I finished a novel just before Covid struck, or a somewhat polished draft of one anyway. And there’s another book that I wrote before that one. I haven’t shown these to anybody yet. Waiting for the dust to settle, I suppose.

But the upshot is that I feel somewhat ahead of the game. And consequently a bit lazy, as if sitting on a big lead?

A: Few people have read my books. Or anyway it seems that way by most commercial reckonings. On the one hand, I’m content with a few thousand readers, at best. So be it. There were times when 20 or 30 million heard my words every week. I amortize those in my mind.

But, still, there are many days when I wish for more, for a lot more. Greedy, I suppose. Or just hoping for enough that I can keep writing and publishing. The novel is dead, isn’t it? But then what other form is around that is going to tell the world, accurately and without favor, what it’s like?

I write because I hate lies, but it’s 50-50 whether that statement itself is a lie. Just keep going. Do what you do. Yes? No? Hope and pray and pass the old, old ammunition.