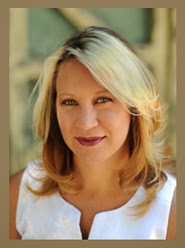 Rachel Louise Snyder is the author of the forthcoming novel What We've Lost Is Nothing, which takes place in the Chicago suburb of Oak Park. She also wrote the nonfiction book Fugitive Denim. Snyder is a contributor to NPR and a professor of creative writing at American University. She lives in Washington, D.C.

Q: How did your own experiences working and living in Oak Park affect your writing of What We've Lost Is Nothing?

A: The short answer is a lot and none at all! When I lived in Oak Park and worked in the Diversity Assurance program, I learned all kinds of things -- about race and class, about integration and discrimination, about economic opportunity and privilege.

Part of that was just growing up and experiencing the world on my own for the first time in a sense, but what Oak Park was trying to do stayed with me, the idea that people quietly went about trying to make a difference in their own little corner of the world.

So often we look at the problems in the world and we're not apathetic, necessarily, but we don't have any idea where we can start to make any kind of a difference at all. It's easily overwhelming.

But Oak Park's integration programs over the past forty years actually answer that question... how does one little life make a difference? By touching all the little lives around it, that's how.

Q: How did you come up with the book's title?

A: So far both my books have been 11th hour Hail Marys! Both had terrible, terrible titles for the entire time I was writing them -- cliches, really, which were just what they were saved as in my computer.

My first book was called Hanging By A Thread and the publisher loved it, and I hated it, but couldn't think of anything else. Then in the middle of the night in a kind of ridiculous movie moment, I sat up in bed and thought: Fugitive Denim: A Moving Story of People and Pants in the Borderless World of Global Trade. I still love that title. 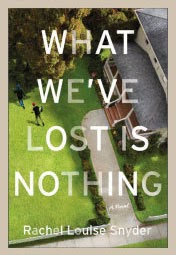 With this latest book, it was called The Question of Ilios Lane. The question referred to Arthur's asking Mary Elizabeth what the worst thing that'd ever happened to her was? But it was a terrible title. For starters, not many people know that Ilios is another word for Troy, and that there are a lot of allusions to the Iliad in the book.

Anyway, I thought of calling it Eternal Boys for a while -- which I still like, but my agent and editor weren't sold on it.

Then I thought of Michael McPherson in the book telling the media, "What we've lost is nothing." It comes up again and again, except it's really sort of a statement of how the characters are trying to convince themselves of this, until the end when they see their losses mounting.

Q: You write on your website, "I’ve learned that in my own writing there are two kinds of stories I love: those of salvation and those of searching." How does this book fit with those themes?

A: Well, I don't want to give away the end, but I think the main characters -- Susan and Mary Elizabeth McPherson, as well as Arthur Gardenia, and the Kowalskis and the Oums and Etienne Lenoir -- are all in search of how to pick themselves up after this tragedy, and how to save what's left of their lives or their families.

The book I'm working on now is a memoir, and it's a story of my own salvation as well. And my first book is about an entire industry trying to save itself, told through the lens of a handful of people. I wrote an investigative journalism piece for The New Yorker a few months ago about domestic violence homicide, and this, too, was a story of salvation. 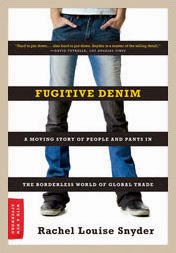 It just seems to come up again and again in my work, because it's truly amazing what we can survive. The emotional stamina, the endurance... it's easy to get discouraged about the world, but we sometimes forget how powerful our own tenacity can be.

Q: As someone who's written both fiction and nonfiction, do you prefer one to the other?

A: I love them both equally. My only formal training has been in fiction, which is ironic because I'm much better known as a nonfiction writer, but I just love writing in any form. I used to write poetry when I was a teenager and into college.

Q: What more can you tell us about your memoir?

A: It's about movement, a life of movement... I was kicked out of my house when I was sixteen, and I dropped out of high school. I lived in my car for months. But then after a few years, I found my way to a college, and then to grad school, and I was offered not only a huge second chance, but chances again and again from so many different people and places. So this is my current project.

A: I'm a pretty good salsa dancer for a white girl from the suburbs of Chicago! Also, my grandmother was a professional dancer with the Chester Hale girls; they were known for this certain type of tap dance, and eventually they were folded into the Rockettes. So I have eternal movement in my DNA, I think.

--Interview with Deborah Kalb. What We've Lost Is Nothing will be published on Jan. 21, but is available for preorder.