Rosemary Mahoney is the author of the new book For the Benefit of Those Who See: Dispatches from the World of the Blind. Her other books include Down the Nile: Alone in a Fisherman's Skiff, A Likely Story: One Summer with Lillian Hellman, and The Early Arrival of Dreams: A Year in China. She lives in Rhode Island.
Q: You write, "For most of us, vision is the primary way we interpret the world, the most elementary, and so how could we connect and identify with a person who cannot see?" How did your perceptions about blind people change as you spent time with them and as you researched this book? What do you think are the most common misperceptions about the blind?
A: The most common misperception about the blind is that they are somehow mentally or intellectually deficient. I think the vague assumption among sighted people is (and has been for centuries and across cultures) that if a person can't see, then they also can't understand the world, life, other human beings.
This is obviously rubbish, but it's so widespread an idea and so persistent that it's worth considering why we think this.
First, I think that those of us who have functioning eyesight are so attached to it and depend so heavily on it that we really can't imagine life without it. Therefore, those who don't have vision are somehow alien and deficient. 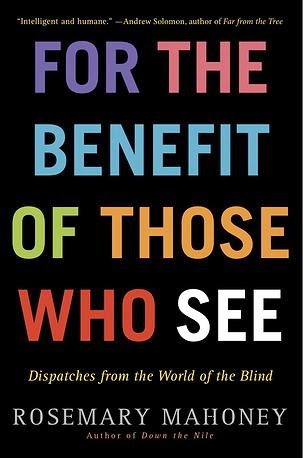 Second, we have a tremendous need to be seen by those with whom we interact. There's a great deal of information in facial expressions, eye contact, mannerisms. If a person can't see us, it makes us feel both invisible and misunderstood. If they can't see us, suddenly we can't see them either.
It's a subtle but powerful gap that seems to open up between the sighted and the blind. Most of this arises from lack of knowledge and lack of experience. Unless we live near a school for blind or have some immediate interaction with a blind person, we would have no reason to know how a blind person's mind functions.
In the United States we have the lowest rate of blindness in the world. Where I live, I almost never see blind people. I'd have to make a conscious effort to get to know a blind person.
As it turns out, a blind person's mind functions essentially the same way a sighted person's mind functions. This should go without saying, but it doesn't. If a person is blind, it's the eyes that don't work, not the intellect. 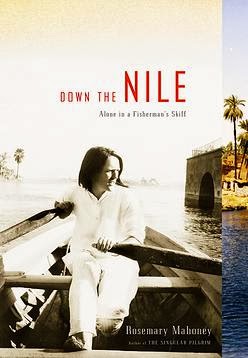 It takes time to get beyond that initial irrational and very emotional hurdle that we face when we first meet a blind person. After a couple of months living among blind people, they came to seem no different from anyone else. And most of my colleagues were so well-adjusted and attuned to the world around them that I began to actually forget that they were blind. It became irrelevant.
Q: Why did you title the book "For the Benefit of Those Who See"?
A: The title of the book comes from the title of an essay by Denis Diderot: "Letter on the Blind for the Benefit of Those Who See."  Diderot was one of the first people to take the time to question a blind person about his life in order to understand what blindness means. It's a brilliant, witty essay. I learned a great deal from it.
Also, I wrote this book to pass on to other sighted people what I learned from my investigation into the life of the blind. I used to be terribly afraid of losing my eyesight and, by extension, a bit fearful of blind people as well.
I knew intellectually that that was ridiculous. So, I made my own study of it. The blind people I worked with taught me so much about my own "handicaps," how little I hear, smell, feel as I pass through the world because my eyesight overpowers the other senses. 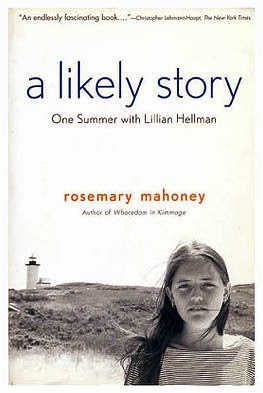 Q: What does Sabriye Tenberken, one of the main characters in the book, think of it?
A: I've just sent her the audio version today, so I'll have to get back to you about this question.
Q: Have you kept in touch with the students you worked with, and can you tell us anything more about whether they are progressing with the projects they hoped to set up in their countries?
A: I've kept in touch with quite a few of the students I met in India and Tibet. Many of them have made great progress with schools and Braille presses. Others have gone into a different kind of work.
I was in touch with my Liberian students for quite a while but haven't heard from them lately. They raised enough money for a license for their school in Liberia, but I suspect they've run into real difficulty with funds for its operation. That is a very difficult society in which to get anything done in a straightforward manner.
Kyile has a thriving kindergarten for blind Tibetan children, Khom Raj Sharma has set up a center for the empowerment of blind people in Nepal. Pynhoi Tang runs her own center for disabled kids in Shillong, India. Jayne Waithera has founded Positive Exposure, an organization to spread awareness about albinism in Africa. And there are many other success stories. 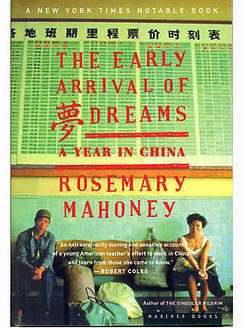 The International Institute for Social Entrepreneurs is now, by the way, called kanthari.  It's in its fifth year of operation and has been very successful.
Q: What are you working on now?
A: I've just started thinking about writing about modern Greek culture and the terrible economic difficulties that country is having at present. I've been traveling to Greece for almost twenty years. I'm very interested in the Greek language, both ancient and demotic, and its influence on so many other languages.
Like most of my books, this one would be personal in nature, a record of my experiences living in Greece and encounters with Greek people I've met.  I'm not firm on this idea, but it is something I'm exploring.
Q: Anything else we should know?
A: Well, in case anyone is interested, here's a link to an op-ed piece I did for the NY Times last weekend.
One learns a great deal more, of course, from reading the actual book!  For the Benefit of Those Who See; Dispatchesfrom the World of the Blind.
--Interview with Deborah Kalb
Posted by Deborah Kalb at 5:06 PM