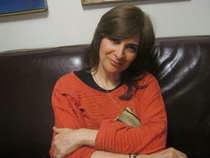 Ruchama King Feuerman is the author of the novel In the Courtyard of the Kabbalist, a finalist for the National Jewish Book Award. It is available now as an e-book, and will be published in paperback in March. Her other work includes the novel Seven Blessings. She lived in Israel for 10 years and now resides in New Jersey.

Q: How did you come up with your main characters, Isaac and Mustafa, and why did you decide to switch back and forth between their points of view?

A: Years ago, when I lived in Jerusalem, I met a kabbalist. Think of a kabbalist as a holy hands-on psychoanalyst. Many people came to him for advice.

At one point, I met the kabbalist’s assistant. The man floored me. He was brilliant, penetrating. I thought, Whoa, why is this guy just the assistant?  I got intrigued, wanted to know what kind of life situation would make a man take on this job.

Then there’s Mustafa, an Arab janitor on the Temple Mount with a horrible case of torticollis – his neck twists permanently over one shoulder.  Somehow this man so different from myself wandered into my creative unconscious and I had no idea why.

But then I recently saw the wonderful movie Saving Mr.Banks, and it touched so many chords in me. It becomes clear that Travers wrote Mary Poppins to save her talented drunk of a father. She carries the psychic burden of her father’s failures and it weighs heavily on her.

My father’s life, his struggles, also weighed heavily on me. Like Mustafa, he suffered from a strange physical deformity – he was missing an ear from a car accident as a child. He was often hospitalized for one thing or another. 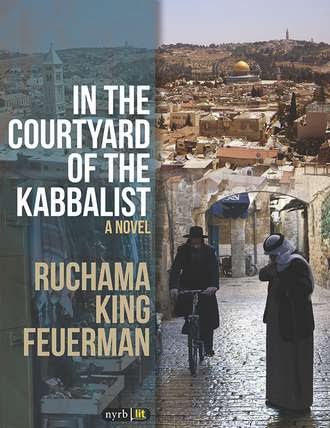 What's more, I bore the heaviness of the doomed marriage between him and my mother and the humiliating jobs he had.

In my eyes, his struggles made him a mythic character. With every tale he told, I couldn’t help but hear not just his stories but his Story, of all his life struggles, and to me they became one.

Always I felt a scorching pity. I carried the pain he didn’t want to feel. But that’s what children do. Their consciousness exceeds that of their parent. We know the part they don’t want to or can't own up to. And a novelist's knowledge of his characters will invariably exceed their knowledge of themselves.

People who have read the book often ask me: How did you slip into the mind of someone so radically different from yourself?
I too had thought it would be impossible and so I put off writing about this Arab man who for years stalked my imagination.

How strange, how wonderful to discover then, as soon as I began to put words down on paper, that I felt so close to Mustafa. He was as painfully close and tender to me as my own father.

Q: Why did you choose Jerusalem in the late 1990s as your book's setting, and what does Jerusalem symbolize for each character?

A: The late nineties struck me as a confluence of several storms. The Oslo Accords were starting to disintegrate, suicide bombings were happening every other week, and there was a change of government, from the right-wing Bibi to the more left-wing Ehud Barak, and serious talk about giving Jerusalem to the Palestinian Arabs.

The Marwani mosque, the largest mosque to be built in Israel, was being constructed at that time, and major excavations of the Temple Mount were taking place, pretty much without regard to the site’s archeological treasures.

The country was still nursing psychic wounds from Prime Minister Rabin’s assassination, and hatred of the Orthodox was everywhere.

A time of intense pain and intense hope, and everyone thinking the other side was insane, delusional. So much seemed at stake. Although to be honest, that always seems to be the case in Israel.

As for what Jerusalem symbolizes to my characters – for Isaac, Israel is a place to heal, spiritually, emotionally, a place to fulfill his destiny as a Jew.

For Mustafa, Jerusalem is just a placeholder until he finally is allowed to return to his village, his family, where his mother lives. Jerusalem, the Temple Mount/Noble Sanctuary, is the place where he works, period. From his invisible perch on the mountain, everyday he sees all the tour guides passing through, he hears and sees all, the three major religions. He’s getting an education but doesn’t know it. 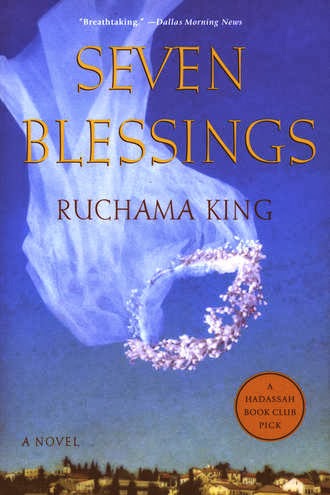 Q: The third main character, Tamar, is important to both Isaac and Mustafa, but you don't tell the story from her perspective. Why is that?

A: Believe me, I tried. She set me back years. I could never enter her character the way I would’ve liked, to the point where I physically ached for her and worried about her. Something was always holding me back.

Maybe it’s because I didn’t pity her enough. (Pity is often the portal by which I enter my characters.) She is so vivid, so gorgeous, so much fun. I guess I’m more drawn to angst-ridden characters. That’s my own prejudice, of course -- that the beautiful don’t suffer, not like the homely or merely attractive.

Q: Do you know how your books will end when you begin writing, or do your characters surprise you?

A: I don’t always know the ending but I do know where the final scene will take place, the setting. Setting and situation sound similar – one affects the other, I find. As for characters, I know what I want to squeeze out of them but there is always some wiggle room, a space to be surprised.

A: Short stories, my favorite. And I’m playing with a novel idea that’s been percolating for years.  It’s set in Albania, of all places.  I also have a kind of sequel in mind to my kabbalist novel.
Q: Anything else we should know?

This sort of answers your first question, why my two main characters need to be interacting with each other. In my book I’m kind of asking people to develop a holy imagination that would allow them to see the other, especially the shleppers and the people you’d really rather not know.