Jacqueline Jules is the author of many children's books, including What a Way to Start a New Year!, the Zapato Power series, and the Ziz series. She is also a poet and author of the book Field Trip to the Museum, as well as a teacher and librarian. She is based in Washington, D.C.

Q: As someone who writes for different age groups and in different genres, do you have a preference?

A: I write in different genres for different reasons. My picture books and chapter books entertain me. Novel writing gives me the opportunity to explore characters and issues in more depth. Writing poetry soothes me emotionally. All of my writing challenges me to dig deeper into language and express my thoughts as succinctly and vividly as possible.

If I had to pick one genre that I do “mostly for me” it would be poetry. But I enjoy the opportunity to express myself in a variety of genres. I like to read nonfiction, fiction, fantasy, poetry, mystery, and humor. The only genre I don’t particularly like is horror and occasionally I read that, too. So if I don’t have too much of a preference in what I read, as long as it is well-written and a good story, it makes sense that I should enjoy writing in several genres, too.

Q: Your most recent book for kids is What A Way to Start a New Year! How did you come up with the idea for that book?

A: What a Way to Start a New Year is a book I started over 20 years ago. I had just moved to a new city and was feeling lonesome. Memories of past transitions, some of which had taken place at the Jewish High Holidays, inspired me to write a story about a family trying to adapt to new surroundings at Rosh Hashanah.

In What a Way to Start a New Year, Harry and Dina fear their holiday will be ruined if they can’t go back to their old home town to celebrate. But they find out, through a series of mishaps, that new friends and familiar tunes can be found in every synagogue community.

It took me years to get this story right. It began as a very long picture book (over two thousand words) that I tried to expand into a chapter book or a short story for an anthology. Every couple of years, I would take it out and revamp it without much success.

Then one day my editor at Kar-Ben asked for a story about welcoming guests. I revisited the story and began cutting scenes and complicated situations ruthlessly. By the time I was finished, only the general idea and the name of the boy character remained. I enjoy taking an old story and re-working it until it has experienced a metamorphosis. 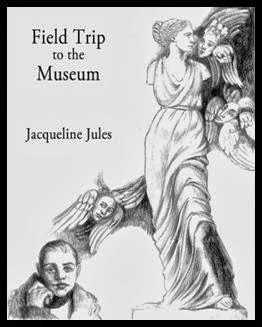 Q: You're also publishing a poetry book titled Field Trip to the Museum. What inspired that book, and its main character?

A: Field Trip to the Museum is a thematic collection in the voice of an 18-year-old girl examining her life during weekly sessions with a psychologist. The 25 narrative poems depict a young girl moving away from self-destructive behavior to a new acceptance of herself.

This book also began decades ago. In fact, I wrote the first draft of the final poem of this collection, You and I, in college. The poem is a dialogue in which a young girl tells her doctor that she is ready to manage without therapy. In the last lines, the girl tells her doctor:

So it's time now. Yes, it's time
to test your doctor's license
as we force these sessions to a crisis,
when, with a surgeon's sharp incision,
you will remove all self-derision
and present me with the lovely vision
of the person I have always longed to be.

Or does that job still belong to me?

“You and I” was published in 1998. Years passed and I wrote and published other poems in a similar voice. Somewhere along the line, I began to see that these poems were all connected. I wrote an introductory poem called “Doctor’s Notes,” in which the therapist reveals his assessment of the patient.

"Cut it out," she pleads,
as if self-hatred could be
surgically removed.
Weekly therapy
has been prescribed
until the patient’s ability
to grow healthy tissue
is not in question.

Then, it was just a matter of organizing the progression of poems. I have wanted to publish a book of my poems for several years now and I am thrilled to have this goal achieved. Please visit my blog  and read some sample poems. Poetry publishers work on a small margin and need pre-orders to stay in business so if you like what you read, pre-orders are very much appreciated! 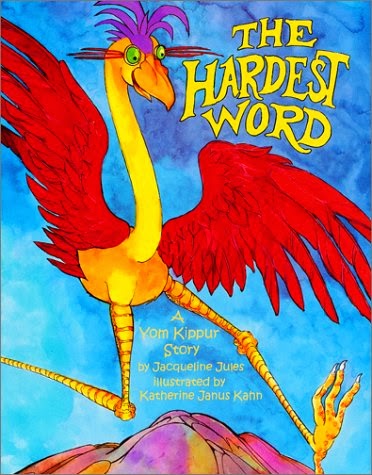 Q: Some of your books for kids are stand-alone books while others form a series. How is it determined whether the book will end up as part of a series?

A: When it comes to series, the publisher holds all the cards. I wrote The Hardest Word as an individual title. But after it was published, I fell in love with the illustrations for the main character, the Ziz, who is a giant mythological bird with a big heart and clumsy body. I decided to write another story for the Ziz, and after waiting to see how the first book sold, my editors bought it. 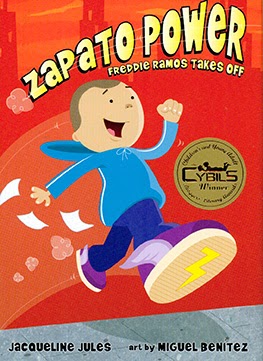 The same process was almost true for my Zapato Power series. I think I always wanted Freddie Ramos, the boy with the super powered sneakers, to be a continuing character. But I sold the first book as a stand alone. I wrote the other Zapato Power books on the hope that the books would sell well and my editors would want more. Fortunately, it was a gamble that paid. off.

A: Zapato Power #5: Freddie Stomps the Snow will be released in March 2014 by Albert Whitman Publishers.  In Freddie’s newest adventure, a freak spring blizzard buries Starwood Park and Freddie works with Mr. Vaslov to clear the sidewalks using a new invention—Zapato Power snowshoes!

Never Say a Mean Word Again will be released in May of 2014 by Wisdom Tales Press. This picture book was inspired by a legend of conflict resolution set in Muslim Spain. The story explores the question of fair punishment through the eyes of Samuel, who is given the responsibility in a royal court to punish another boy. How would you stop someone from calling you names? 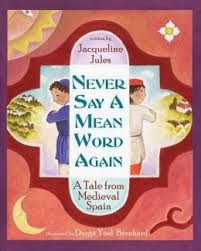 A: Please visit my website to learn more about my books and see some of the activities I have posted there for classroom teachers and homeschoolers. Thank you, Deborah, for having me as a guest on your blog!