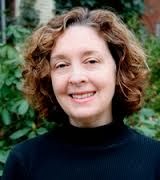 Catherine Reef's many books for young people include Leonard Bernstein and American Music, The Bronte Sisters, Jane Austen, and Ernest Hemingway. She lives in Maryland.
Q: Many of your books for young people are biographies. What type of information do you tend to include that you think is particularly interesting for that age group?
A: I think of my readers as I write. I consider what they may know or not know, what they are likely to find interesting, and what questions they might wish to ask.
I have a factual story to tell, of course, but my awareness of the reader’s needs and interests will likely cause me to linger at various points in the narrative.
I probably devote proportionally more space to a subject’s childhood and youth, for example, than a biographer writing for adults would. This is because my readers are young themselves and interested to know what life was like for the subject growing up, and what choices and obstacles he or she faced when coming of age. Readers may be wrestling with similar issues themselves.
I may also pause to explain aspects of the historical and cultural context with which adult readers are assumed to be familiar. The breakdown of the Austrian Empire, the stock-market crash, the rise of Fascism, the founding of the State of Israel—events such as these affect many people, directly or indirectly, and need to be understood.
What were the rules of inheritance in Regency England? What were the highlights of the Victorian Age? What was it like to be a Jew at the University of Vienna in the 1870s, or at Harvard in the 1930s? I need to explain these or other issues if my readers are to grasp the subject’s story.
Also, my books are heavily illustrated with photographs and historical prints, and this sets them apart from biographies written for adults as well. 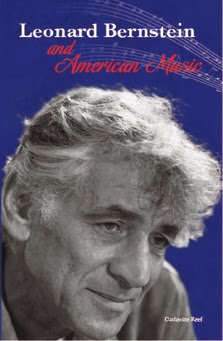 Pictures are included not just to break up the text, but to supplement it, which is why I choose them with great care. Often an image or its caption allows me to say something that lies outside the narrative but is relevant to the book nonetheless.
Q: How do you choose the subjects of your biographies?
What draws me initially to a subject is the challenge. Here is a man or woman who did something outstanding and touched many lives. I want to understand this person and write a book about his or her life and work. How can I do it?
Before proceeding I ask myself, is this person a good traveling companion? A subject and I will be sharing close quarters throughout the long journey of research and writing, so he or she needs to be someone I like, someone who gets me excited and holds my interest.
Some subjects and I already have a long history together before we begin this particular voyage. For instance, John Steinbeck, one of my early biographical subjects, was the first “adult” author I read as an adolescent.
When I was a few years older, like my friends who also had literary interests, I wrote poems in the style of E. E. Cummings, another of my subjects. And like many people of my generation, I grew up learning about music from Leonard Bernstein. 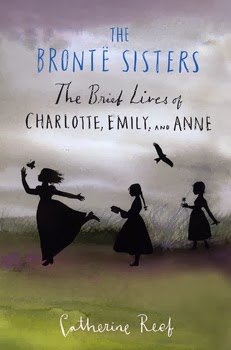 More important than my enthusiasm, however, is my audience’s—whether my readers will connect with a subject. Bernstein, Steinbeck, Cummings, Jane Austen, the Brontë sisters, and others I’ve written about continue to appeal to the young, perhaps in part because these people retained the idealism of youth, balked at authority, defied social norms, or were misunderstood.
In addition, there are practical considerations. Did the subject live an eventful life, one that makes for a good story? Can the market support a young adult biography of this individual? Can the book be tied to the school curriculum? Does my editor like the idea?
I wouldn’t say that I run down a mental checklist, but, generally, if the answer to these questions is yes, then there is a good chance the biography will be written.
Q: Your most recent book is a biography of Leonard Bernstein. What did you learn about him in the course of your research that especially surprised or intrigued you?
A: After spending many months living closely with a subject, it is often impossible to single out one trait or fact that is especially striking. But in Bernstein’s case I was most surprised by the degree to which his Jewish faith and heritage affected the course of his life and work. 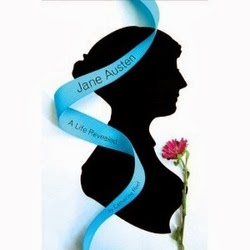 Childhood influences are powerful shapers of our identity, and Bernstein grew up hearing his devout father quoting the Talmud and singing sacred melodies in the shower. He was awed by the music that surrounded him when he sat beside his father during Sabbath services.
He drew on this background when composing his Symphony No. 1: Jeremiah (1944), Symphony No. 3: Kaddish (1963), and other works. Despite this deep connection to scripture and tradition, and despite his championing of Israel, Bernstein’s faith was personal rather than public. Yet as I came to know him through my research, I learned to see it as the foundation for the hope he expressed so often in words, deeds, and music.
Q: Why did you choose to write for young readers, and what type of feedback do you get from your readers?
A: I’m not sure I ever chose to write for young readers; it may be more accurate to say that children’s literature chose me. When it comes to genre, writers really don’t have much choice. We all have our own aptitudes and interests, and if we are lucky we stumble upon the kind of writing and the audience that best suit us.
I began my career as a writer in the health field, but the work was less than satisfying—for me. I was searching for my literary path when my husband and I took our son and his friend to the Vietnam Veterans Memorial in Washington, D.C., near where we lived. The boys were 10 years old at the time, and I sensed that they didn’t have a good understanding of what they were seeing. 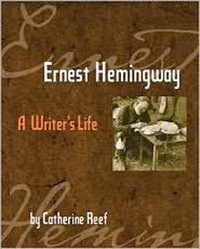 So I had an idea—I would write a book for children about the memorial. That book was never published, but the proposal I wrote led to a contract for my first book, titled simply Washington, D.C., which was published in 1990.
Working on it, I felt at home as a writer and knew in my heart that children’s nonfiction was the right road for me. I feel honored to do the work that I do, because there is no more important audience for literature than our children and teens. I give them my best, because that’s what they deserve.
The young readers who contact me fill me with hope for our future. They write to me because they are enthused about a writer or composer or an aspect of history that was the subject of one of my books. Often they have embarked on an ambitious project for school or for a regional or national competition. They impress me not only with their knowledge, but also with the originality of their thinking. I learn from them.
Q: What are you working on now?
Right now I am finishing work on a young adult biography of Noah Webster, a significant figure from the early national period. Webster held strong opinions and managed to rub quite a number of people the wrong way, but I couldn’t help liking him once I got to know him, and maybe readers will feel the same way.
Several other books are forthcoming. In 2014 Clarion will publish Frida & Diego:Art, Love, Life, a dual biography of Mexican artists Frida Kahlo and Diego Rivera, and Morgan Reynolds will release Poetry Came in Search of Me: The Story of Pablo Neruda. Coming soon from me as well are a biography of Arthur Miller and a book on slavery in the colonial years, both from Morgan Reynolds.
Q: Anything else we should know?
A: I will close by saying that I am a hardworking writer, as you most likely have guessed. I do all that hard work for the reader—for you.
--Interview with Deborah Kalb
Posted by Deborah Kalb at 9:00 AM