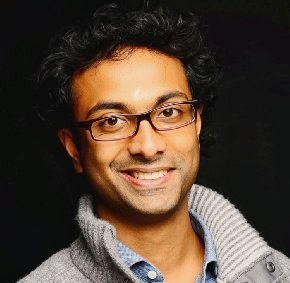 Anjan Sundaram is the author of the new book Stringer: A Reporter's Journey in the Congo. He has reported from Africa for the Associated Press and The New York Times. He is based in Rwanda.

Q: Why did you decide to title your book “Stringer”?

A: I spent a year and a half working in Congo as a stringer for the Associated Press -- which meant I filed stories for them and was paid about 10 cents per published word.

That was the extent of our relationship. I was not given any insurance or special protections, and most costs I had to cover myself. Several reporting trips I financed personally, hoping that the stories I produced would cover my expenses.

I did the job because it allowed me to witness important events happening in Congo, events that I felt were going insufficiently recorded.

The book Stringer relates my experience as I sought to bear witness to Congo's war, my feelings as I did so and the difficulties of my enterprise. The world seems to want to shy away from places like Congo, and it is not easy to go and look.

Q: How is your experience representative of that of other stringers in Africa?

A: It used to be the case that many foreign correspondents began their careers as stringers, as I did. In much the old fashioned way, I threw myself into a difficult environment and turned myself into a reporter through persistence and luck. These days I get the sense fewer people seem to have appetite for such risk.

I found being a stringer to be an instructive, valuable experience -- and now, as a writer, I continue to live in that way, diving into situations sometimes with little protection and learning about people by sharing with them some portion of their lives. I wouldn't do this kind of work if I didn't feel that there was something vital to be found -- about who we are, and our history.

Q: Why did you pick Congo as the place to work, and when you arrived, how similar to or different from your expectations did it turn out to be?

A: I had heard that the war in Congo was the most deadly in the world -- 3 million people had died by then; the toll is now at 5 million -- but that there weren't many journalists covering the country.

When I arrived I became one of four international reporters in Congo -- which is the size of western Europe: that is more than France, Germany, Spain and Portugal. Think about that, four journalists for a territory so large! 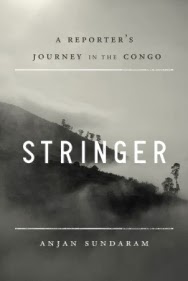 And I had no budget.

It was an enormous challenge simply to report lives that were being lost, or to get across some sense of what such loss meant and what it meant to live in fear.

Newspaper reports on Congo are generally terse, simple. They, along with some academic books I read, formed the basis of the ideas I had about Congo; and I was, inevitably as a journalist, also producing such reports.

But my goal was to get behind those brief stories and gain a sense of what life was like in Congo -- the reality of war, the tension and heightened emotional states that people live in because of it -- and this is what I communicate in Stringer.

Q: In the book, you mention the Polish journalist Ryszard Kapuscinski. What impact did he have on you and your work?

A: An interview of Kapuscinski given to me by a corporate secretary in New York helped confirm my desire to go to Congo; it confirmed for me the spirit of my enterprise. I had no financial backers or journalism leads, but reading Kapuscinski I felt that there was some truth to what I was trying to do and that the risk would be worthwhile.

Kapuscinski, of course, had an incredible eye, an ability to take the details of a place and time and make them resonate for readers in a larger sense. He helped people see the world in new ways -- and as intimately linked to them.

There was both an influence in his method of working -- of putting himself in tough places as a wire reporter to bear witness to events -- and also the manner in which he sought to communicate his experiences. I think one has to see the world to write about it, and doing so gives one's work a certain power and sincerity.

Q: Is there a particular message that you hope readers gain from your book?

A: People around the world, even in distant places, are not so different from us. It is crucial to report about people in such a fashion, and not as exotica -- and then one can begin to understand their ways of reasoning. Stringer tries to get across, in a broader sense, the need to step into the world in order to understand 'the other.

What struck me in Congo, perhaps, is the impotence that people felt, and how this affected their daily decisions. One senses in Congo that people have been denied the ability to affirm themselves. We all have a need to feel that there is something permanent within ourselves. The calamity in Congo seems to take this sense away from people; it seems to take away people's sense that they have a soul.

A: I'm working on a book about a class of intrepid and talented journalists I taught in Rwanda, where I have lived for the past five years.

A: The impulse and need to write Stringer came from the immense weight of the experiences I had in Congo, and the need I felt to be there. I hope Stringer communicates some part of this intensity to readers.