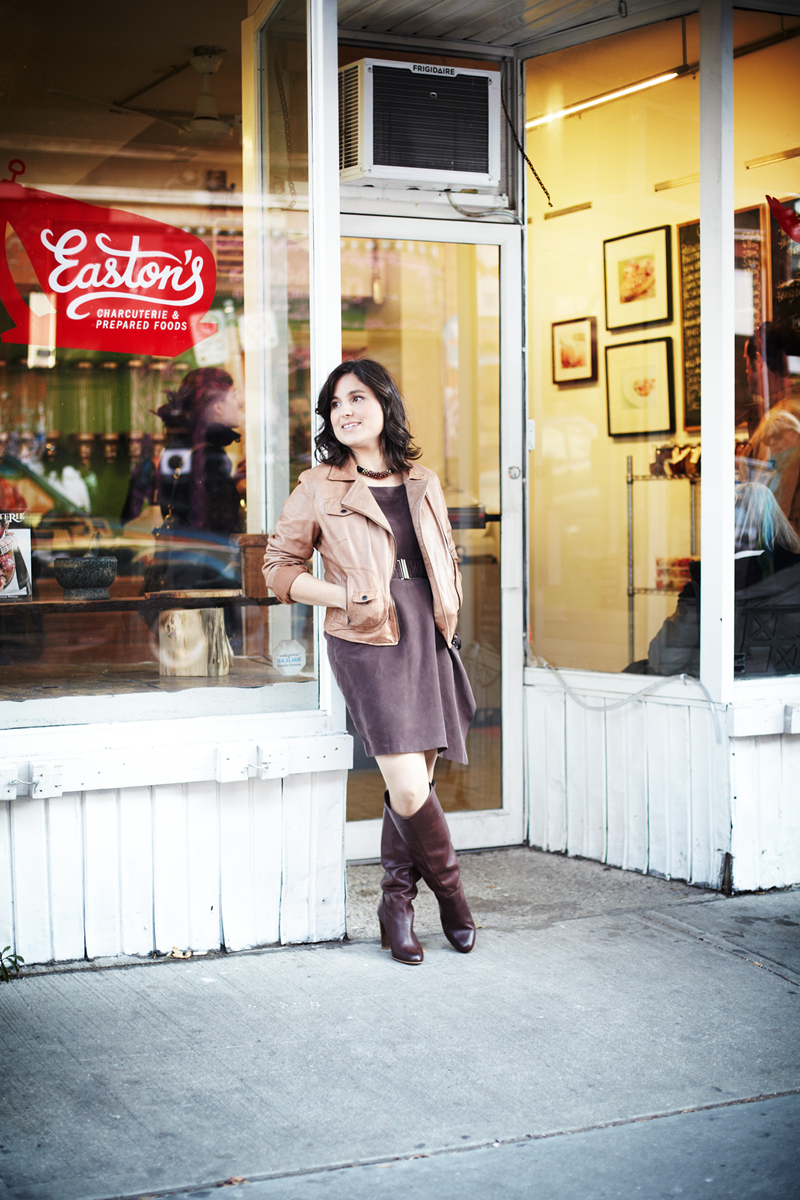 Sarah Elton is a journalist and author whose most recent book is Consumed: Food for a Finite Planet. She also is the author of Locavore: From Farmers' Fields to Rooftop Gardens, How Canadians Are Changing the Way We Eat, and the editor of City of Words: Toronto Through Her Writers' Eyes. Her new book, for children, out in March, is titled Starting from Scratch: What You Should Know About Food and Cooking. She is the food columnist for CBC Radio One's Here and Now, and she is based in Toronto.

Q: How did you come up with the idea for Consumed?

A: I write about food and the environment, and I had written a book in Canada about the Canadian food movement.

People would whisper to me in hushed tones that they liked the idea about [a] sustainable [food system], but don’t we need industrial agriculture to feed the world?

It prompted me to go out and look for an answer. Actually, we don’t need industrial agriculture—people are finding ways that work. 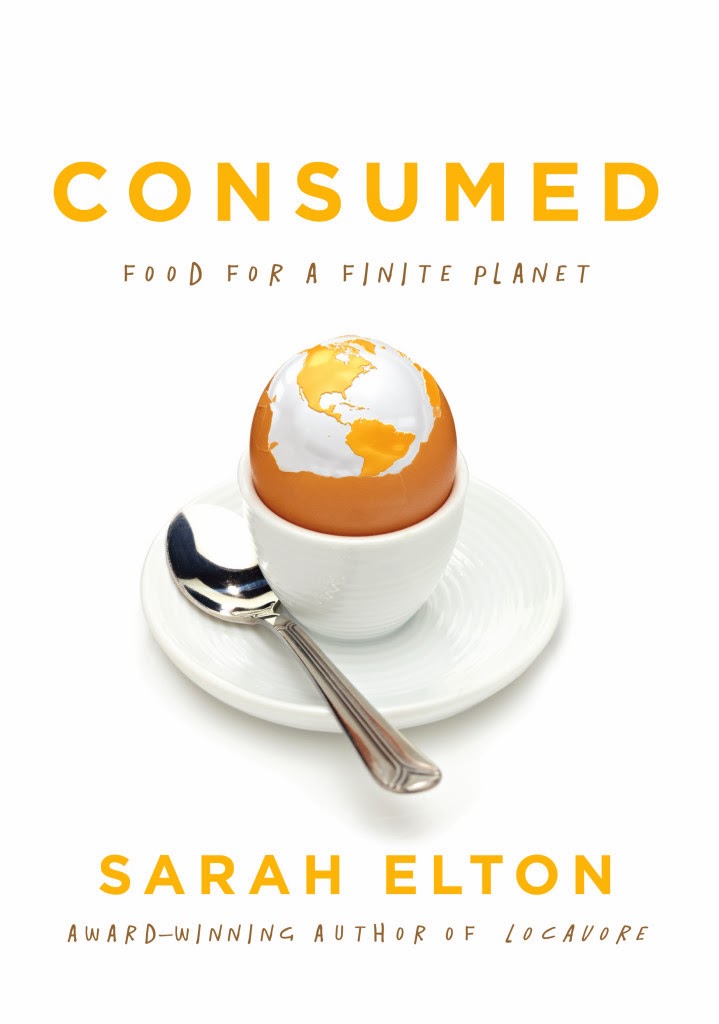 A: When I started writing the book, people were really focused on 2050—climate change and a population explosion were to get to critical points. The population was projected to pass 9 billion, and the extreme climate condition experience would be well underway.

It matches the amount of time it took to build the industrial food system as we know it; we should be able to take it apart and build something new in the same time period.

Q: How optimistic are you that things could change by 2050?

A: It depends on the day. If I spend the day with farmers in India or visiting projects in the United States--an urban agriculture project [involved with] feeding people--if I’m around other people dedicated to building an alternative, then I feel very optimistic.

If I’m investigating the industrial food system, how entrenched we are, I’m not as optimistic; the changes are so enormous.

But there is a grassroots social movement dedicated to making changes….We might not see it, but when you go out and meet people around the world [who are working to change the system], it gives me the feeling that maybe we can turn this ship around.

Q: You describe a sustainable food system as one that “must be able to not only provide us with food today but continue to provide food well into the future.” What is necessary to achieve this? 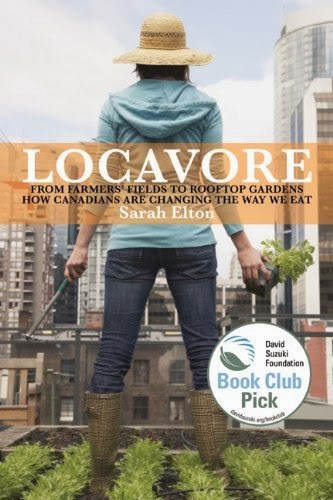 A: What we need to do is reduce the amount of resources our food system consumes to feed us. We’re using too much water, polluting waterways and oceans with fertilizer and manure. We have to conserve water and use less of it.

We have to protect our soil and make sure it has the biodiversity it needs.

We have to not use so many fossil fuels in production, transportation—in every stage, our system relies heavily on fossil fuels. We should rely on the sun.

Q: What role does genetic diversity play in creating a sustainable food system?

A: That was one of the most interesting and exciting chapters to write. I learned so much about the history of agriculture.

For thousands of years, our ancestors built a food system with genetic diversity. It was important to plant a corn plant with a lot of genetic diversity—they didn’t know what the weather would be like. They needed a plant that would be resistant.

We still need that; we don’t know what the weather will be.

Q: How big a role do genetically modified organisms play, and what will happen in the future? 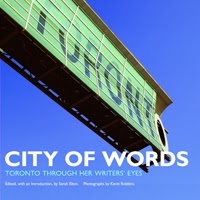 A: It’s a big and open question. There’s a fight between those who are fearful of GMOs and an industrial machine that is very reliant on them. We eat them every day—in mayonnaise, in tortilla chips—as long as they’re not certified organic, you’re eating GMOs.

Where we’re going in the future, no one knows yet.

Proponents of sustainable agriculture say that instead of being involved in the business of seeds, you should invest in the biodiversity of seeds.

Q: How did you conduct your research for this book, and what particularly surprised you?

A: I’m a journalist; I’ve reported in different countries around the world throughout my career. I operated like a journalist, reporting from the field, reading reports and papers.

What surprised me is that when you’re at your desk, and then you go out, it can be very different. I’m writing about sustainable food, and when I’d get out there, in a small village in China, and see what people are doing it sort of blew my mind.

Q: How did you find the individual farmers on whom you focused?

A: The individuals were really dynamic characters. As a journalist, I love to tell good stories. They were like characters from central casting.

When I was in France, with Monsieur Valadier, he was so amazing, so dynamic, so fun to be around. He was in his late 70s then, but he was like a 21-year-old university student. He had that passion. That’s what’s driving this movement.

Q: Will the diversity of what people around the world eat continue to shrink?

A: The big food companies looking for larger markets want that to happen—for there to be one kind of bread that we all bring home no matter where we live.

In China and India, people are eating more meat. I could go to India [and visit] a brand new mall, and see a submarine shop with meat, and I would be telling people [in that community] news about their own city [and about that shop]. The change is coming fast.

However, there is a yearning for food that speaks to one’s culture and one’s soul. In that same town, out of the blue, my guide says, I can’t find the kind of eggs I want to eat—all I can get are English [rather than Indian] eggs.

Whether or not people are involved in a social movement, people have a yearning for food that comes from the earth, that’s part of their culture. I’m hoping that desire is going to be stronger than anything else.

A: I have a book for kids 10 and older coming out in March, called Starting from Scratch. It teaches kids all about food, the history and culture of food, taste science-- what happens in your mouth when you take a bite of apple.

A: I’ll be in San Francisco the first week of February for multiple events—one with CUESA, an organization that runs the big farmer’s market at the wharf; one with Michael Pollan in Berkeley.