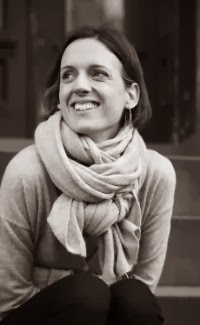 Rebecca Mead is the author of the new book My Life in Middlemarch, and also of One Perfect Day: The Selling of the American Wedding. A staff writer for The New Yorker, she lives in Brooklyn.

A: I did it because I wanted to write about something I loved. My last book was about the American wedding industry; it was interesting, it was intriguing, but it was also horrifying. I was immersed in a world I found appalling. I decided if I was going to spend several years immersed in something, it would be something  I really loved.

Q: What did you see as the parallels between your own life and that of George Eliot?

A: There were certain things I knew about George Eliot that were parallel to my life—she was a journalist, she moved from a provincial town to a big city; there was a certain amount of kinship there. The big difference was that she was a staggering genius. But there was a certain kind of [similarity]—she remained single until well into her 30s and so did I. There was a feeling of recognition.

Then there were things I hadn’t thought through that were uncanny. She had three stepsons, as do I. I knew she’d lived many years with George Henry Lewes, I knew he had children, but I hadn’t learned much about them, or thought about the impact on her.

When I was younger, I made the mistake of thinking of her as a childless woman. She was not a mother in the conventional sense, but she was the stepmother to three boys with varying degrees of success. She found it difficult in many ways and rewarding in many ways. I married a man with the same first name as her husband, and he had three sons of the same age as her stepsons. It was uncanny.

It made me read Middlemarch differently. When I thought of her depictions of young men in that book, it was written in light of [her experiences with her stepsons], among other experiences, and it was not a direct depiction of the three Lewes boys, but she couldn’t help but be influenced.

Q: Did you see parallels between your own life and that of the characters in Middlemarch?

A: When I first read it when I was 17, I identified completely with Dorothea. I’m English, but I’m not of that class, no one was expecting me to get married at 19; they would have been horrified if I had. But I saw myself completely in her, and I failed to see the jokes George Eliot has at her expense.

When I read it in my 30s, I found the story of Lydgate, who aspires to do great things with his medical work but ends up a doctor whose most significant production is a treatise on gout—his failed professional aspirations rang more true to me. I was trying to establish a career as a writer, with ups and downs. 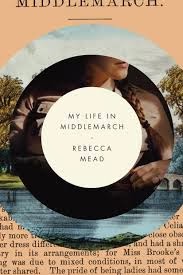 When I was 40-ish, I found the figure of Casaubon, who when I was younger I dismissed as awful, cruel and unfeeling—I could see the sympathy with which he’s drawn, the pathos. He expected to have done things he hadn’t done. It rang horribly true. I felt I could no longer dismiss him. I was more or less his age.

You can go back, and it has all these layers. I don’t know what it will say to me the next time.

A: I had a wonderful time doing it. I began by doing a lot of reading. I knew I wanted to write a book about George Eliot but wasn’t sure [of the approach]. I went back and read her novels, letters, journals, some of the biographies about her.

I went back to England several times to visit places [including] the town where she wrote Middlemarch. I went to London, I looked at pictures of her in the National Portrait Gallery, I walked around the streets she walked around. It was a physical immersion.

I also used imaginative immersion. I went to the British Library, where manuscripts of Middlemarch were made available to me. It was a phenomenal experience. It was very exciting. Also, there was material here, at the New York Public Library, and at Yale and Harvard.

Q: What do you feel you learned about yourself from writing this book?

A: I loved doing this kind of writing. I’d never written anything so personal before, that had such an emotional charge for me. Through writing about her and her life, I was writing about me and my life, and reckoning with it—it was an incredible experience. 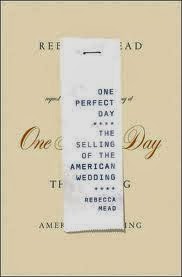 I had spent my life trying to understand other people, and never written for other people where I made myself my subject. It was thrilling and fun.

In the piece for The New Yorker, I was trying to find the source of a quotation attributed to George Eliot: “It’s never too late to be what you might have been.” [It doesn’t sound like her;] it sounds like pablum to me. I could never find it. I wrote that piece as a way of asking, and answering in the negative, that question.

I was in my early 40s, and realizing that it was too late to be certain things. I began the project in a slightly depressed spirit, but found writing it so heartening. She is so inspiring. The experience of doing it was really wonderful.

I still don’t believe she said that, but I feel more hopeful and optimistic than when I began. I hope my book will give readers some of that sense of optimism and celebration.

One of the amazing things about Middlemarch is the melancholy note it ends on, of unachieved hopes. Dorothea doesn’t get to do what she had hoped to do, and contemporaries of George Eliot criticized her for not giving [Dorothea] a more triumphant conclusion, but her embrace of [the situation] is an inspiring though ultimately melancholy conclusion.

I think it’s exactly the right ending; it’s exactly how life feels. There’s still value in messiness and half-achieved hopes. It’s the stuff of life, and it’s all we have.

A: I’m in the very preliminary stages of figuring out an area I’m interested in. With this book, I spent a lot of time thinking, but when I sat down to write, I did it very quickly. Plus I’m busy; I have a job!

A: The only thing that I hope is true is that I don’t think you need to have read Middlemarch to read my book. I haven’t not read Middlemarch and not written the book, but my profound hope is that the book will speak to people who love to read, and had an intense experience with books that aren’t Middlemarch.