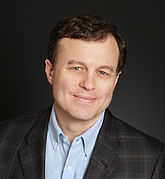 Tom Seigel is the author of the new novel The Astronaut's Son. He spent 20 years as a litigator, and served as deputy chief and chief of the Justice Department's Brooklyn Organized Crime Strike Force.

Q: How did you come up with the idea for The Astronaut’s Son, and for your main character, Jonathan?

A: I was only a few months old when Apollo 11 landed on the moon. As I reached middle age, I became fascinated by the fact that we had not been back to the moon in over 40 years.

This led me to start reading about NASA and its history. I learned about the sanitized backgrounds of its ex-Nazi engineers, the eccentricity of Neil Armstrong and other astronauts, and the tragic death of the first Israeli astronaut, Ilan Ramon, aboard the Space Shuttle Columbia. All these elements coalesced over time into my novel.

From early in the process, I felt that there was something biblical about this story, an idea of eternal exodus, first Adam and Eve from Eden, then Abraham from Ur, and then the Jews from Egypt. The Hebrew Bible, or Old Testament, has lots of stories of fathers and sons, and I wanted to have a character driven by more than just conquest to reach the moon. 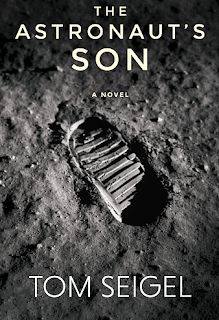 A: I did quite a bit of research. I am no more than a very amateur space enthusiast and history buff. I read several books about NASA and Operation Paperclip, the U.S. government program to bring German scientists to America after World War II. I also had to do a little homework on astronomy.

I was surprised to learn that two major NASA facilities, the Marshall Space Flight Center and Cape Canaveral, were once run by former SS officers. Recent nonfiction books have done a good job of bringing NASA’s checkered past to light, but it is still unknown to most.

A: Mostly for practical reasons, though the dawn of a new century seemed like a good time. We had a Republican administration at the time that would have looked favorably upon a commercial mission to the moon.

I also knew I wanted to have Jon’s father die when Jon was 13, and I had a limited window to launch a fictitious Apollo 18 mission. That had to happen by 1974, and I wanted it to happen around Watergate.

For all of those things to happen and to have Jon and his wife expecting their first child right before Jon’s mission, the launch had to be at the beginning of the 21st century.

A: I didn’t know at all. I’ve never been an outliner, and, like E.L. Doctorow’s headlights, even my high beams don’t reach that far. I knew I had a son who wanted to realize his father’s unfulfilled dream, but I myself was in suspense about what would happen until I got to the end.

A: I’m in the middle of writing a new novel. Not a sequel. Nothing to do with space. In light of my prior work experience as a mafia prosecutor, I’ve had more than a few requests to write something about organized crime. It isn’t going to be a mob book, but it may feature one or two unconventional wise guys.

A: In one chapter, my protagonist, Jonathan, visits a planetarium. I used a website that creates historical nighttime skies to get the constellations right (I hope) for images seen on the domed ceiling.

Real Apollo astronauts also spent time in planetariums, sharping their star spotting skills in case their navigation systems malfunctioned. Like the ship captains of old, they could use the stars to lead them home.