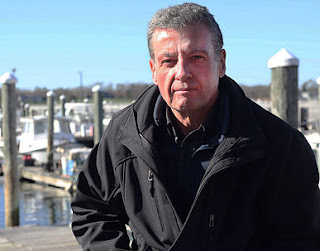 Edward J. Delaney is the author of the new novel Follow the Sun. He also has written the novels Broken Irish and Warp & Weft, and his work has appeared in The Atlantic and other publications. A former journalist, he teaches at Roger Williams University in Rhode Island.

Q: How did you come up with the idea for Follow the Sun?

A: I came into fiction writing out of journalism. A lot of the stories come out of news items [or combining various items]. There was a case of missing fishermen that was never solved, and that was the beginning of it.

Q: Can you say more about your experiences with both journalistic writing and fiction writing?

A: People who come into fiction writing from journalism tend to write as observers than our own experiences. There’s very little of my experiences in my writing.

It’s always fascinating to observe and try to understand people. There’s a sense that as a journalist you suspect what motivates someone, but you can’t write it because you can’t prove it. Fiction gives us a chance to expand outward….

Q: The novel focuses at least in part on the relationship between two brothers. What got you interested in that theme? 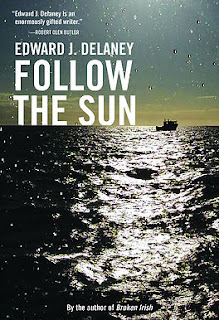 A: That’s the part of combining stories into one. I was friendly with a couple of brothers—one was a lobsterman. The book is not necessarily based on them—it was interesting to see two people go in two trajectories in their lives but they stay close.

Q: In the book, you tell the story from several characters’ points of view. How did you decide on your point of view characters?

A: It’s always interesting to make a choice between first and third person. In my stories that did well, I used third person. I’d written a fair number of first-person stories, but they didn’t get published.

I started an early version of the book with Christine as the first-person narrator. She was telling her story while the other two [her father and uncle] were told from the third person. It eventually went back to Christine in the third person, with a strong sense of first person.

A: I always struggle with the title. With my previous novel with Turtle Point, we did a last-minute title change—another book came out with the same title. It was the last title suggested to me by my publisher.

With this one, it’s out on the ocean. The movement you have is that of the natural environment. You follow the sun from east to west, like a path across the water. I made a list, and picked the least objectionable. 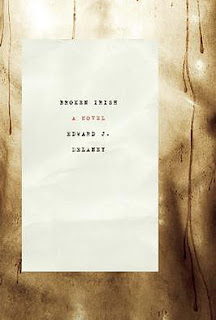 A: I did. As someone who worked in journalism, it’s an enjoyable aspect [of writing books]. And with Google, it’s so easy. As a journalist, doing research was always a pleasure. In this case, it was online reading, books, YouTube videos…

Q: The novel is set in New England and the Pacific Northwest. How important is setting to you in your writing?

A: Very. I like in a town that’s similar to the two the book is set in. My first novel was very much set in my hometown, but nowhere in the book do I name the town. I’m familiar with the town—you see all kinds, and you get an idea of who they are.

With the Pacific Northwest, the idea was how far could [my character] go to change and hide. I’ve been to Seattle a few times. It just seemed such a counterpoint to here, and the fishing community is strong as well. 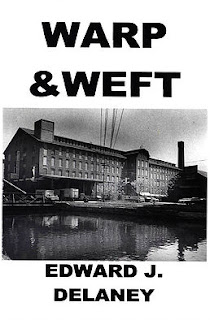 A: Short stories. I have a group set in the West—I spent almost a decade in Colorado. I had a great job where I could travel around the West. I would go on trips, a la Charles Kuralt and On the Road. I got to meet a lot of people.

I have a group of stories—all of them have been published. I think I’m going to blend it into a novella in the book.

Q: Anything else we should know about Follow the Sun?

A: One of the things that’s always interesting to me is what is a mystery and what is not a mystery. Aren’t all books mysteries? It wasn’t a mystery in that it isn’t a whodunit with clues. It’s a story that has the movement of someone trying to make a change…