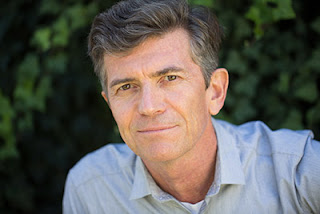 Stephen McCauley is the author of the new novel My Ex-Life. His other novels include The Object of My Affection and True Enough, and his work has appeared in a variety of publications, including The New York Times and The Washington Post. He is co-director of the Creative Writing Program at Brandeis University.

Q: How did you come up with the idea for My Ex-Life and why did you decide to focus on two ex-spouses reuniting after many years?

A: I've always been interested in writing about friendships that are close and loving and that perhaps blur the definitions of "friend" and "lover." 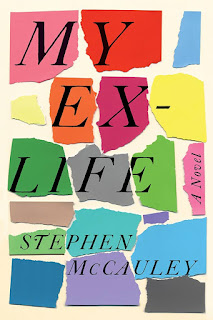 I know a lot of people who, through internet stalking and such, have started writing to and flirting with exes. It's the lure of history and the familiar combined with a new and exciting context.

In this case, the exes know they will never be a couple again in the same way, so it made for a more romantic friendship, at least in my mind.

Q: You tell the story from several characters’ perspectives. How did you decide on your point-of-view characters?

A: I started off writing it from the man's perspective alone, but it became clear that was too limiting. Then I included his ex-wife's perspective.

When I'd written about 100 pages, a friend said, "There's something dark and interesting about the 17-year-old daughter. Maybe you should write a chapter from her POV and see what's going on." That opened up the third point of view and a whole piece of the story that was hidden from me. 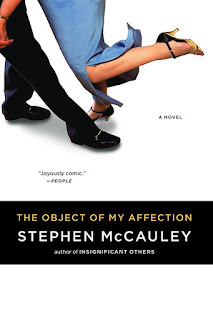 I tend to insist on complete consistency in POV in my work and novels I’m reading. In film, POV has little integrity. If you need to have a scene from a minor, random character for plot, you do it. I’ve come to realize that most readers don’t care about this as much as I do, if at all. I’m trying to loosen up about it.

A: I had no idea how it would end. Truly none.

The more I wrote, the more hopeful I became that I could give the characters some positive way to move forward. That was mostly because I came to like them a great deal.

On the other hand, I didn't want everything to resolve too neatly. I rewrite constantly and probably rewrote the ending 10 times. 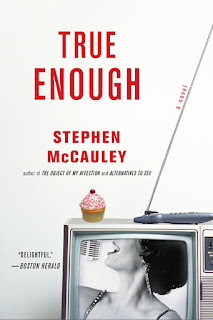 I like the play on "ex-wife" and even "sex life," and whenever I mentioned it to people, they started telling me about their "ex-lives." I took that as a good sign--that it's something people are interested in as a concept.

Since the book is not in first person, "my" in the title might be misleading, but I liked how intimate it sounded.

A: I'm shifting back and forth between three novels. They're all very different, and my view of what I like best changes from day to day. This probably means I won't use any of them. I'm trying to get someone else to decide, but that doesn't seem to be working either.

A: Unlike my characters, I have no interest at all in reconnecting with my exes. Even for coffee.

--Interview with Deborah Kalb. Here's a previous Q&A with Stephen McCauley.
Posted by Deborah Kalb at 6:33 AM