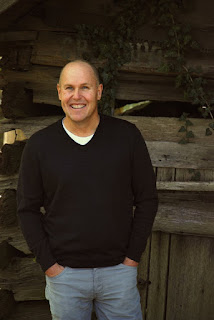 Inman Majors is the author of the new novel Penelope Lemon: Game On!. His other books include Love's Winning Plays and The Millionaires. He is a professor of English at James Madison University, and he lives in Charlottesville, Virginia.

Q: How did you come up with the idea for Penelope Lemon?

A: The idea for the book came after years of coaching my son’s youth baseball teams in Waynesboro, Virginia, a small Appalachian town over the mountain from Charlottesville.

My teams were populated primarily by kids with single moms who worked at the Little Debbie factory, the Target distribution center, and other places where they punched the clock.

I admired the toughness of these women, their moxie, good humor, and grace.  They seemed to keep a lot of balls in the air at once—working tough jobs, taking kids to sports practices, worrying about the oil light on their cars—and to do so with sense of self intact.

These were women in their 20s and 30s, most of them with more than one child to raise, most of them living paycheck to paycheck. It struck me that they didn’t feel particularly put-upon by life.

This was life: scrambling to be in two places at once, scrambling to pay bills, scrambling when life throws you a curveball like a blown head gasket on the car or the sudden loss of a job.

The character in this book is something of an homage to all the cool small-town women I’ve known in my life.

I’m also the son of a divorced working mom, one with a great sense of humor and an unshakeable fighting spirit. I decided to fashion a comedy about the same sort of person, one accustomed to meeting life on its own absurd terms.

Finally, my wife and have had a lot of friends who have gone through divorce and we’ve heard a number of amusing/interesting/strange stories about being middle-aged and dating—as a mom—in the social media era.
I was always sympathetic to their plight, even when they were laughingly telling us some wild tale or another.

Through these various, somewhat intertwining, influences was born Penelope Lemon. 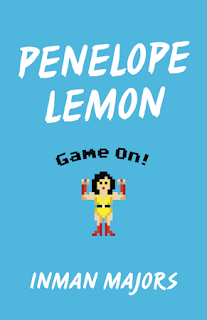 Q: What was it like to write from her perspective?

A: To be honest, I didn’t give it much thought. That may sound like a strange answer, but when I teach my fiction writing students at JMU, the first thing I suggest is that the best narration comes down to inhabiting the main character.

That is, rather than observing the character from afar, it is preferable to become the character. Faulkner said that all good writers are frustrated actors, and I agree, especially if you want to establish a sense of immediacy for your reader.

So when I sat down to write, Inman Majors went somewhere, and I became Penelope Lemon.

I guess the short answer is I don’t think male/female brains are that different. But, to be safe, I did have my wife, Christy, read the novel chapter by chapter and asked her if anything ever felt false.

She deserves a producer’s credit for this one, as we brainstormed plot points together, character motivation, and things of that nature. We were partners in crime with Penelope Lemon.

A: I never know how my books are going to end up.  The not knowing—the mystery of the process—is the best part of writing fiction. 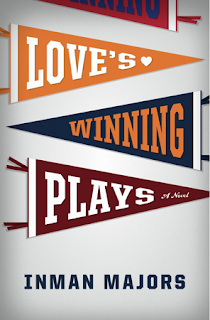 It’s scary sometimes that you have to go down a blind alley and not know for sure you’re going to come out the other end, but also exciting. It’s like an adventure you’re creating for yourself, making a world up as you go.

When I’m writing a comedy, for example, I’m trying first of all to make myself laugh. My office is right off of our kitchen and serves essentially as our mud room where the kids come in from the carport and dump all their junk. Invariably, there are four pairs of shoes scattered about.

I realized that I’m a writer who likes a little commotion, a little distraction, while I’m writing, otherwise I get a little too lonely. Anyway, I can’t count the times Christy and the kids have said, “Listen, Dad’s laughing at his own jokes again,” when they hear me chuckling in the office.

I did know that Penelope’s situation would be improved by the end of the book. That’s the essence of comedy: the book/movie usually starts out with the protagonist at a low point, with the fates seemingly unflinchingly aligned against them.

But, by the end, through guile, toughness, and perhaps just an overdue change of luck, they come out all right. Penelope goes through a lot in this one, but I think you can kind of tell all along that she’s going to pull through.

Q: Who are some of your favorite writers, especially those who bring a lot of humor into their work?

A: I am a huge fan of P.G. Wodehouse and his Bertie/Jeeves books, specifically the way he balances absurd humor with eloquence of language. My idea is to duplicate this stylish balance in a similar series of books. 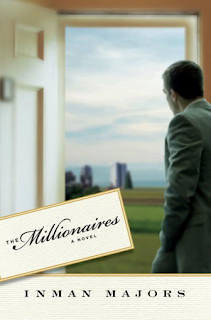 I also love Charles Portis, especially Norwood. I like the way he portrays working class rural folks in a way that doesn’t seem stereotypical.

Other favorite comedic novels would be Why Did I Ever by Mary Robinson, Lucky Jim by Kingsley Amis, Moo by Jane Smiley and the Moby Dick of comedy: John Kennedy Toole’s A Confederacy of Dunces, which sets the standard for comedic brilliance.

The sequel to Penelope Lemon: Game On! Right now I’m calling it Operation Dimwit. As I mention above, I’d love to write a number of Penelope Lemon books.

I’ve spent over half my life in small, rural towns—and have a whole universe of characters in my head. I think I’d like to do my own comedic Yoknapatawpha County as Faulkner did with Oxford, Mississippi.

In a perfect world, I’d spend a lot more time in the fictitious town of Hillsboro, Virginia. It’s a place I like to visit. Nothing really bad ever happens and there are a lot of funny, goofy people to hang out with. That’s my kind of place.

A: Penelope Lemon is a short, light, funny read that I think of as the love child of an R-rated Mary Tyler Moore and Parks and Rec. It’s meant to be literary and stylish, but also goofy and fun. Bridget Jones in a ribald Mayberry.

I’m very fond of Penelope Lemon. She’s not fake, and bad fortune is simply not going to keep her down for long. She’s the kind of friend you could count on in the clutch and a great—if unconventional—mom.

I’ve been fortunate to be friends with a number of women like Penelope—funny, smart, slightly subversive—and just straight cool.