Heid E. Erdrich is the editor of the new poetry anthology New Poets of Native Nations. Her poetry collections include Curator of Ephemera at the New Museum for Archaic Media. She teaches at Augsburg College's MFA Creative Writing program, and she lives in Minneapolis.

Q: How did you decide to put together this anthology of Native American poetry, and how did you select the poets to include?

A: It was a sudden idea that came to me after seeing a social media post asking for names of Native American poets writing today.

Selecting the poets took three years and required a lot of reading - a glorious amount of reading poetry by many more poets than I could include.

The poets I did choose, I did so because they were strong and engaging. I also chose with regard to the year their first books were published, the Nation they were from, where they live geographically, and several other factors. Then there were poets I chose who declined to be in the book.

Overall, it was very hard, but I make decisions quickly, thank goodness! 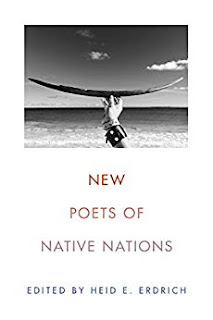 Q: You write in your introduction, “In fact, there is no theme to this anthology. However, there are a few commonalities.” Where do you see common ground among the writers represented here?

A: I do not see a common ground other than the one we all stand on - what many call Turtle Island in their languages.

Some poets have in common their inclusion of their Indigenous languages, some have subjects in common, many write a resistance - an assertion of tribal (national) sovereignty. But all of these poets write without self-consciousness about a non-Native audience. That was one of the factors that attracted me to each poet.

Q: How did you choose the order in which the poems would appear in the book?

A: The poets appear in the order of the publication year of their first book. So it starts with the most recent publication. Within each poet's section, I've tried to start with poems from the first or earliest publication and move to recent and unpublished work. Sometimes I had to make little shifts for flow from poem to poem.

A: It depends upon the readers. Native American readers will get a deeper reading, no doubt, because many of the poems are aimed at them. That does not mean other audiences won't get the poems, it just means there will be added significance for Native readers. 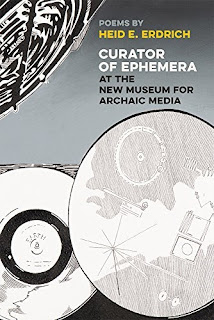 Others will see quality poetry first of all - then perhaps a broadened worldview. My hope is the diversity and breadth of poetry by Native Americans will break up some stereotypical notions of how we write and what we write about.

A: Seems like I am working on going to book festivals with the anthology!

But I am also working on two books of poems, one a mixed genre work, and a non-fiction book that is also a bit of a mix. I had them done once, but took them apart and started over.

I have no idea if or where these will be published, much less when. It is a hard time to write and feel relevant at all, both politically and personally.

A: There will be readings from the anthology at The National Book Festival in D.C.; at Eliot Bay Books in Seattle; and in San Francisco, Portland, Austin, as well as several other festivals and bookstore events. You can see all of them on my public calendar.