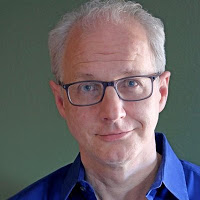 Jeff Giles is the author of the new young adult novel The Brink of Darkness, a sequel to The Edge of Everything. He was the deputy managing editor of Entertainment Weekly, and his work has appeared in Rolling Stone and The New York Times Book Review. He lives in Montana.

Q: How did you decide on the plot of your new novel?

A: The first book in the series, The Edge of Everything, was very much about Zoe—a Montana girl who’s just lost her father when she meets a young man from another world who seems to be in even more pain than she is. During the course of that book, Zoe not only helps him but confronts a lot of painful stuff about her family’s past.

So I knew that I wanted the new novel to be a kind of parallel story for the young man, who she calls X. I wanted him to return to the underworld he was raised in and, inspired by story’s example, search out the parents he’d never known. 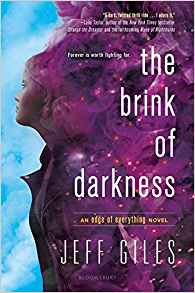 Q: Do you think your characters have evolved from the first book?

A: Yes, I hope they’ve evolved a lot. At the beginning of The Brink of Darkness, Zoe has a much surer sense of who she is and what she wants, and she’s helped X let go of a lot of the shame he carried around for having been born in what’s basically hell and for having had no true family.

Q: This time around, did you know how the novel would end as you started writing, or were there some surprises along the way?

A: Because it’s the second (and last) book in this story, I knew that I wanted Zoe and X to reach some kind of peace and I had a vague sense of what that would looked like.

But even though I had an outline of the whole book, I barely even looked at it and I found my way as I wrote. The biggest plot point in the book—a shock choice Zoe makes to help X—just occurred to me after I’d begun writing.

Q: Will you consider continuing the story of Zoe and X? 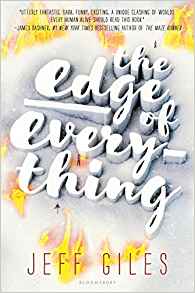 A: I don’t plan to, but that could always change. I certainly love the characters enough and have enough ideas for them to write about them a long time. But right now, I’m trying my hand at something very different.

Q: Can you say more about your new project?

A: I don’t want to say much yet but it’s a very realistic love story set after a cataclysmic event. It’s like the fantasy books only in that I’m writing it and it’s a book intended for young adults.

A: Just that this was fun—and that I’m grateful for the chance to talk about my books! Thank you so much.

--Interview with Deborah Kalb. Here's a previous Q&A with Jeff Giles.
Posted by Deborah Kalb at 7:00 AM