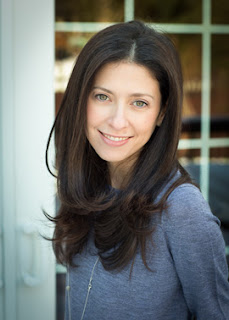 Amy Blumenfeld is the author of the new novel The Cast, which focuses on a group of childhood friends who reunite 25 years later. Her work has appeared in a variety of publications, including The New York Times and The Huffington Post, and she lives in New York.

Q: How did you come up with the idea for The Cast?

A: There were a few sources of inspiration for this book.

The first was a videotape made by 10 families (40 people in total comprised of my parents’ friends and their children) from our community in Queens, N.Y.

Like the video in The Cast, it was 90 minutes of complete silliness with the single goal of making me laugh while I was in the hospital undergoing treatment for cancer. This was one of the greatest gifts I have ever received and a model for true friendship.

The second source of inspiration was the master’s project I wrote in graduate school about adult survivors of childhood cancer.  I spent several months learning about the physical and psychological long-term effects of childhood cancer treatment and meeting and interviewing medical experts, patients, and their loved ones.

At graduation, my professor suggested I turn the project into a book. Given that I needed a job with a regular salary and benefits after graduation, I couldn’t devote the time at age 23 to writing a book, so whenever I had the chance, I’d write a section and then save it in the “Book” file on my computer, but it never flowed or felt right. 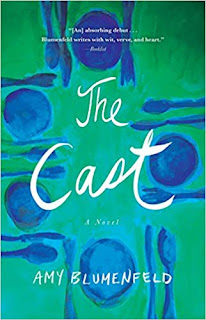 But then….I turned 40. My friends and I were all having these deep conversations about relationships, religion, parenting, where we were in our lives, where we thought we would be at this point, what we hoped to accomplish, etc… and I suddenly had an idea.

Why not combine the important messages from the master’s project with the fascinating topics my friends and I were discussing and weave them all together into a novel that centered on a group of friends?

So, I back-burnered the idea of a non-fiction book, created a bunch of relatable characters and interesting story lines and decided to write the type of book I liked to read – thought-provoking, smart, and fun contemporary fiction.

I had no formal experience writing fiction, but hoped that my passion for the characters and the issues I wanted to bring to light would propel me through the process.

A: True, quality friendships really do matter. They can change the course of your life.

Q: You tell the story from a variety of perspectives. Did you write the novel in the order in which it appears, or did you move things around?

A: For the most part, I wrote the novel in the order in which it appears. I did go back and enhance certain sections after finishing the first draft, but I found writing it chronologically to be the most logical way to approach it given that most of the book takes place over the course of a weekend.

When I finished writing each chapter I decided which character I wanted to hear from next. That’s how I determined the order of the voices.

Q: Did you know how the book would end before you started writing it?

A: No! I didn’t know how the book would end! It’s amazing how these characters take on a life of their own. The book ended very differently in the first draft.

When I finished that first round, I sent it to some friends and while some liked the ending as is, others found it to be too predictable. They wanted more of a surprise. So when I went back to make revisions, I changed the ending and that twist added a whole new layer to the book.

A: Right now I’m working on my next novel but can’t say much about it just yet.

A: I am extremely grateful for all the support and interest The Cast and I have received. Thank you!