Laura Shovan is the author of Takedown, a new middle-grade novel for kids. Her other books include The Last Fifth Grade of Emerson Elementary and Mountain, Log, Salt, and Stone. She lives in Maryland.

Q: You note that you became interested in wrestling when your son was involved with the sport. What inspired your characters Mikayla and Lev?

When our family was active in the sport, there were no girls on my son’s teams. It was rare to see a girl competing at tournaments. By the time I started working on Takedown, that was changing. Over the past several years, women’s wrestling has been growing as a sport.

I had a lot of fun developing Mikayla’s character. Through her, I got to write about what it’s like to be a girl in a male-dominated space. 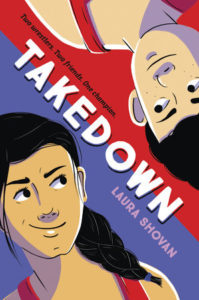 Q: In our previous interview, you said you focused on fifth grade in your last novel in part because it marked a transitional year for kids. Why did you decide to focus on sixth graders this time?

A: I like the way that starting middle school echoes what’s happening in Lev and Mickey’s sports lives. At the beginning of sixth grade, they’re both learning to navigate the shifting friendships and greater demands of middle school.

Those changes are also happening on their wrestling team, the Gladiators. Lev is trying to understand where he fits on the team. How competitive does he want to be? Is it worth leaving friends behind to reach his goals? For Mikayla, joining an all-boys’ team for the first time means figuring out how to survive in a new culture.

Q: Your previous novel was written in verse, while this novel includes some verse, but is mostly in prose. Why did you choose this format? 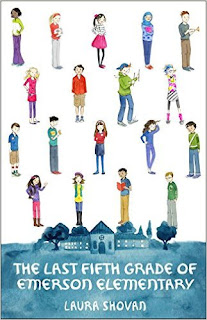 A: My initial notes for this book were in verse – little poetic sketches I’d make at my son’s practices and tournaments. When I started working on the book, though, I heard Lev and Mikayla’s voices in prose.

Although Lev writes some poems in the novel – they are a creative outlet for him -- that’s not how his mind works. Lev is the kind of kid who has a running monologue going on in his brain at all times.

Mikayla, on the other hand, is just naturally talkative. Her personality is loud and a little bit brash. For these two characters, working in prose felt more natural than verse.

Q: What do you hope kids take away from the novel?

A: When I’m writing, I’m not focused on the takeaway, but on telling a good story. I hope Lev and Mikayla are relatable characters, even for readers who aren’t into sports. 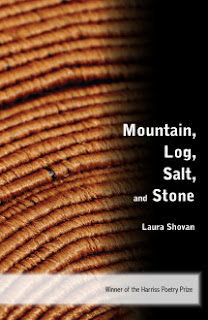 For me, Takedown is a friendship story set in the world of youth wrestling. That friendship happens to be between a girl athlete and a boy who feels really uncomfortable sharing mat-space with her.

A: Something new! I’m co-writing a book with a friend. It’s about two girls who are both first-generation American, but from very different cultures. They meet in an after-school cooking club.

My co-author and I are enjoying the process of drafting alternating chapters. Each of us is taking the lead on one of the two main characters. And I’m having a great time making their club’s recipes at home.

A: For those who’d like more information about girls’ wrestling, check out the Wrestle Like a Girl Foundation. I’m donating copies of Takedown to girls in their empowerment workshops. It’s a great organization.

--Interview with Deborah Kalb. Here's a previous Q&A with Laura Shovan.
Posted by Deborah Kalb at 6:42 AM