J.M. Mitchell is the author of the new mystery novel Killing Godiva's Horse, the third in a series featuring his character Jack Chastain. It's a sequel to Public Trust and The Height of Secrecy. Mitchell worked for the National Park Service for many years, and at the time of his retirement was chief of the agency's Biological Resource Management Division. He lives in Colorado.

Q: This is your third novel featuring Jack Chastain. Did you know when you started the first one that you’d be writing a series?

A: I admit I was uncertain about how the first would be received, but even with the possibility that Public Trust could be the end of it, I dove into writing The Height of Secrecy immediately after sending the first draft of Public Trust to the editor.

Each book is written to stand on its own, but each connects to a back story, the foundations for which were created in Public Trust and built upon in The Height of Secrecy and Killing Godiva’s Horse.

Q: How has Jack Chastain changed over the course of the series so far?

A: That’s an insightful question. When Jack Chastain first appeared in Public Trust he was a damaged man, having been moved to a national park in New Mexico after an unexpected turn of events in Montana.

He’s shocked, uncertain, not quite sure what happened … where everything he and the public had worked for in Montana had gone up in flames, a failure he didn’t quite understand. He’s not sure what to do next, but he’s been dealt a pain and he’s determined not to let it happen again.

But, as much as Jack tries convincing others that he’s not the right guy to turn to when things get tough—he’s trying to avoid more of the pain—he is, in fact, the right guy.

So, back to your question. I’ve given a lot of thought to that matter. How will Jack change over the course of the series? (And remember, there’s two more books to come.) 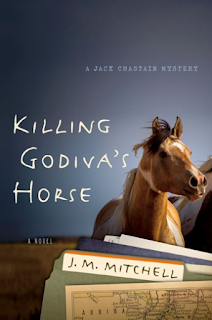 I don’t want the change in Jack to necessarily follow the seven stages of grief, or to suggest that what he went though was as tough as what a war vet might have gone through, with stages of recovery as in PTSD. But Jack went through something difficult, and much of it he doesn’t yet understand. It’s made him a different man.

He has uncertainties and doubts, and he puts on a public face that he uses to not give away his true fears, but he also has a strong constitution to turn to when things get tough.

He has changed over the course of three stories, and without giving too much away, Killing Godiva’s Horse ends with him in a state of anger. He’s angrier than the reader has come to know him, but he’s also strangely grounded. You can expect that state of mind to be with him as he enters his next challenge, and that challenge will change him as well.

Frankly—and I admit, and I’ve said this to my wife many times—I don’t know how Jack will change between now and the end, but he’ll be wiser. Will we meet the Jack Chastain of old … the guy we’ve never met, the man he was in Montana … or will it be a Jack of a different dimension? Stick with me, I’m anxious to find out as well.

Q: How much do you rely on your own professional background with the National Park Service as you write your novels?

A: A lot. I can tell when an author has no clue about how things really work. I see it at times in works by some very popular authors. 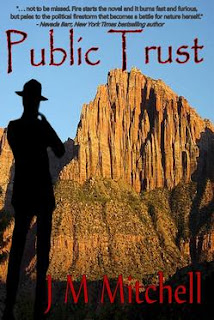 To give the reader a feeling of authenticity, I do indeed draw from my professional background, but I also remember to do so in a measured way, trying not to explain or bore the reader with unnecessary detail, but instead to pull them into the action.

I have the opportunity to give the reader an experience most of them will never have—that of being a ranger, or a biologist, or in some other role. Not a Hollywood interpretation or an outsider’s guess, but the real deal … the work, the culture, the feeling of responsibility to a cherished place or the people who love it. Even the excitement and uncertainty of doing the work—on research, a fire, a rescue, the routine.

Because of those aims, I challenge myself to sharpen my writing, not to “tell” the reader what it’s like to do those things, but to write in such a way that the reader is in those shoes, doing those things, thinking about those uncertainties, drawing from experience and training, working through complexities, doing what needs to be done.

And I admit, I hope to put the reader not only in the shoes of the ranger, but also into the mindset of a public servant, the poor SOB caught in the middle of the public battles that are so common in our society today.

Why? Because I feel it’s a perspective rarely given a voice. In today’s world, people like to treat those souls as if they were the problem, someone who at worst is a leach and at best is a caricature easily replaced, when in fact, most public servants are dedicated to a mission and trained to carry it out. 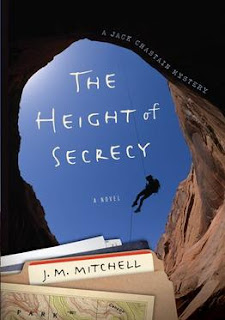 But, they make good scapegoats and the objects of political games, and that can help make for an interesting story.

A: John Grisham: Even when it has felt like he didn’t have as much to say as in his earlier novels, I loved getting to the end … his writing mastery, his putting us into the story, a world he knows and makes us feel we do, too, his putting the reader into the head of his protagonist.

Trevanian: When I was younger and dreamed of someday writing a novel, I enjoyed and studied The Eiger Sanction, Shibumi, and others.

John le Carre: The world loves Bond and the works of Ian Fleming—me included—but even though it takes me a bit to get into the pace and pattern of le Carre′s writing, his Tinker, Tailor, Soldier, Spy gives me more of a sense of spycraft than the writing in Goldfinger or Casino Royale.

A current favorite, Daniel Silva: I was told my action scenes were written in a manner similar to Silva’s, so I read one to understand the comparison. One novel has turned into many. In addition to the action, I appreciate how he treats sense of calling and purpose.

A: Jack Chastain’s next adventure, novel number four, working title, Entitled to Lie. As with the others, it’s its own story, set primarily in New Mexico. There’s a murder and more international and political intrigue, and by the end Jack will know even more about what actually happened in Montana, and more about the bad guys who caused it.

A: Yes. Mary, my publicist, thinks I’m not very good at asking people to do reviews of my books. So, …