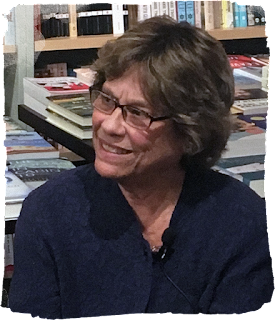 Jane Lazarre is the author of the memoir The Communist and the Communist's Daughter, which focuses on her father. Her other books include Beyond the Whiteness of Whiteness and The Mother Knot. She has taught at the City College of New York, Yale University, and the New School, and she lives in New York City.

Q: Why did you decide to write this memoir about your father, and how long did it take you to complete it?

A: I decided to write this memoir about my father over 40 years after his death for many reasons – some formal and intellectual, and some in Toni Morrison’s words, “deep story” reasons.

I realized I had large gaps in my knowledge of my father’s life as an immigrant, not even knowing what ship he came on from Kishinev, Romania in the early 1900s, nor much about his life in the American Communist Party, nor of his experiences as a volunteer in the Abraham Lincoln Brigade in the Spanish Civil War in the late 1930s.

I knew he had been in prison in Philadelphia as a young man for making a political speech, but I did not know much more than that. Finally, I had in my possession a huge FBI file I had obtained many years before, and I wanted to make use of it.

As to formal reasons, I have written memoir as well as fiction since I began writing 50 years ago. I lean toward memoir when I want to explore what I feel is the undisguised truth of my experience, and I love the form for its broad possibilities of voice and point of view.

For example, in this memoir I use some of the forms of fiction, imagining experiences from my father’s point of view, what he might have thought or felt at critical times in his life.

Inspired by such writers as Maxine Hong Kingston and Amos Oz, I alert the reader to these shifts away from my own voice, but I believe I found some entrance into my father’s thoughts – from his letters, from my years of being close to him, from his expressive and undefended nature.

It was important to me to imagine him in this way – though I realize he is not here to approve or disapprove! So this book combines traditional memoir, which often questions the accuracy of memory, some of the forms of fiction, and historical documentation obtained through research.

As to the deep story reasons – I loved my father very much, but we had a relationship also marked by some conflict until his last years. My sons, now in their 40s, have always been inspired by their grandfather, though only one knew him and for only two years. 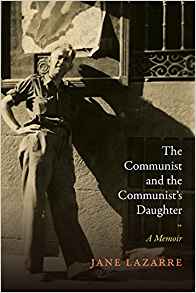 I wanted to reconcile deeply with my father, reclaim him in a way, to remember the ways I felt loved and respected, as a writer, as a woman and as a daughter -  to explore the ways I was like him.

Because of this deep story, and the research needed, as well as personal events and crises which often interrupt a long work, the book took me about 10 years to write, with some breaks in between to write a series of poems about the writing of the book.

Q: In an August 2017 interview about this book with Lilith magazine, you said, "We are living in frightening abnormal political times in this nation." A year later, how would you characterize these times, and how do you think your father might have reacted to them?

A: We are living in dangerous times. Since the campaign of 2016 and the election of Trump, truth is obscured by blatant lies; long standing American racism is now ever more acceptable in political rhetoric and everyday life; cruelty, especially recently at our border  - where parents and children are separated some of them never to be reunited - has become commonplace, as it is in many other places in the world.

Friends who were refugees from fascism in the 1930s and ‘40s compare this time to that time in Europe, right before the domination of Hitler and Mussolini.

At that time, Francisco Franco overthrew the Republican government of Spain. Communists and other progressives all over the world warned that Hitler and Mussolini were supplying Franco with arms – arms, supported by large American oil companies – which would ultimately defeat the Republic.

So, I have no doubt that my father would have seen clearly the dangers we are in now. I know he would have written, and witnessed, and done whatever he could do to resist the incipient and overt tyrannies we are facing, as he did all his life.

My father was a Communist from the age of 17 in Romania, to his 60s, when the direction of the American Communist Party diverged dramatically from his ideals, not long after the atrocities of Stalin were admitted to by Khrushchev. 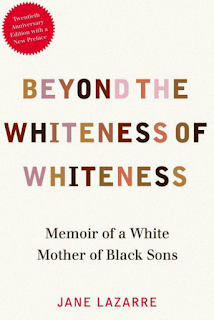 But he was also, like so many immigrants, a passionate believer in democracy, and he believed democracy, despite all its failings in the United States, was, as Nelson Mandela said, an idea worth living and dying for.

Q: Growing up, how much did you know about your father's political views, and how did his views influence yours?

A: Like most of the children of Communist families I knew, I was heavily influenced by my father’s beliefs and ideals. We were taught how to deal with FBI agents who followed us to school and asked us questions about our parents.

All the people I knew when I was a child were either Communists or “sympathizers.”  I was loved by and loved many of them – friends, aunts and uncles, an art teacher, writers and actors who were blacklisted by McCarthy and never worked again.

When my father appeared before the House Un-American Activities Committee – a transcript that is partially included in the book – I was old enough to understand what was happening: that he was in danger of deportation though he was a citizen; that he was courageous in his responses and refused to name names; old enough to defend myself against neighbors who assured us that our parents were “dirty Reds” and would be sent to prison for their beliefs.

We had regular “Sunday Night Discussions” about politics and books by writers such as Howard Fast and Maxim Gorky. I never read Capital until years later as the works of Marx were never pushed on us, though some works, such as the Manifesto, were made available if we wished to read it, which I did. All of these experiences I included in my memoir.

Another factor added to the power of this influence. My younger sister and I lost our mother to cancer when we were very young, and so our father was our only parent. He was a devoted and consistent single parent long before that identity was named, when many fathers would not have assumed that responsibility.

Although I had to learn to cope with his depressions as his world fell apart in crucial ways, as well as of his sometimes criticisms of me, I never doubted his love. 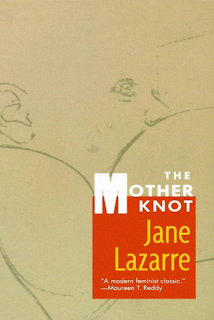 He informed the Party, which frequently sent Communist organizers “underground” or far from home during that time, that once my mother died he could no longer accept such assignments. His priority was clearly his “girls.”

He died when we were only in our 20s. He knew only one of his four grandchildren, but before he died I was able to create a new and rich closeness to him, along with my husband and my young son, both of whom my father adored. The story of this period is also in the memoir.

Q: What do your family members think of the book, and what impact did the book have on them--and on you?

A: For me, the book, once written, and then even more so when it was published in a beautiful edition by Duke University Press, has been a profound reconciliation – with my memories, with some of my sadness finally relieved, with a more concrete and powerful sense of the commitment and dignity my father expressed, both personally and politically, throughout his life.

For the ways in which we failed to understand each other, as is the case in most families, I think I have forgiven both of us.

My sons, always inspired by the legacy of their grandfather, have been supportive and grateful for the stories I was able to recreate in this work. My husband and sons are African American, deeply influenced by the struggles of Black Americans throughout history.

My husband grew up in total segregation in the South and was involved in the fight for Civil Rights, as was his family. Both our sons feel fortunate to share these legacies of their grandparents on both sides, though they grew up knowing only their paternal grandmother well. They are filled with her stories, as they are filled with my father’s. As grown men, their lives and work are inspired by this inheritance.

Other family members have expressed gratitude for the research now available to generations to come, or were moved by the stories I have told. I am especially glad that my granddaughter will have this memoir to read at different times in her life. 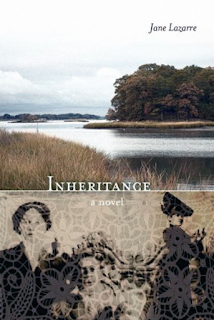 A: I am in the early stages of a novel that is in some ways based on my long relationship with my mother-in-law. I am also collecting about 100 poems I have written over the past 10 years which I have never organized or tried to publish.

In addition, I have written and continue to write and speak about the politics of our time, publishing various essays about race and racism on line as well as in collections edited by others.

This includes “Where Do They Keep the White People,” originally published by TruthOut, soon to be translated into Spanish and Catalan as I am participating in a large biennial there about the dangers now facing democracy and the strong edifices that remain and will always remain.

A: My life’s work has been to write memoir and fiction that is both literary and political. I reject any false split between these two forces in my life or in our collective life.

My memoir about being a white woman raising Black sons, (Beyond the Whiteness of Whiteness) and my novel (Inheritance) are both centered on this theme, one I have learned from and been inspired by the African American writers I have read and taught for many years.

My equally passionate life’s work has been being a mother, and learning from my children as well as from other writers, such as Sara Ruddick, Adrienne Rich and many others, the critical political, as well as the deep story, work that mothers do. I began this effort with my first memoir (The Mother Knot).

In my new novel about my mother-in-law, I hope to continue this search for the truths of this central identity to human life in general, as well as to my life in particular.