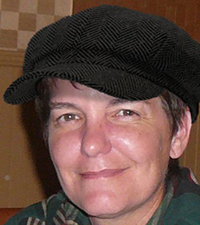 Yael Shahar is the author of the new book Returning, which has been described as a fictional memoir based on two true stories. It focuses on her own life, but also on that of a Holocaust survivor named Ovadya.

Q: Would you describe your new book as a memoir?

A: Yes and no (OK, you expected that one, right?). Returning emerged out of the experience that it describes, but was also molded by the writing itself.

It’s a true story, certainly. But here we run up against the issue of how truth bears on storytelling. In order to tell the story in a way that readers will continue to turn pages, I’ve had to tell it out of its strict chronological order, often leaving out those happenings that, while important to the protagonists, are not crucial to the story I wanted to tell.

I’ve told the story from Ovadya’s point of view throughout. This was a natural choice, considering that the story begins with his retelling of his experiences in Birkenau. Of course, that meant telling my own experiences in third person, a novel experience in itself!

I came to see that, to Ovadya, my childhood in Texas and eventual aliyah to Israel seemed almost mythical, a sort of fairytale existence of horses, miraculous coincidences, and improbable characters. Seeing it through his eyes made me see how magical is the age in which we find ourselves.

And yet, though the voice was that of Ovadya, and the hands on the keyboard were the hands of Yael, the perspective was that of Rav Ish-Shalom, whose presence is felt throughout the book.

Ovadya’s experiences had been written down over the course of several decades, and the choice of what to tell was easy—all of it! But the order in which the story was revealed was based on that fateful meeting with Rav Ish-Shalom.

Throughout the book, the reader ends up knowing as much about Ovadya as the rabbi does, until the moment when Rav Ish-Shalom finally learns the full extent of the case he’s agreed to judge.

All this is to make the point that, yes, Returning is a memoir in the sense of being a true story about real people. On the other hand, because of issues which will be clear to the reader, the publisher preferred to classify it as literary nonfiction, and where that category is not available, as literary fiction. 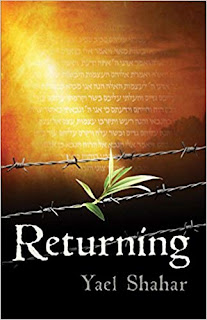 Q: The book focuses on questions of memory and of trauma. What impact did writing it have on you?

A: I think it’s fair to say that the writing was therapeutic, probably in many different ways. Ovadya’s correspondence with Masha was certainly an exercise in “the talking cure” for PTSD.

Describing my own experience with traumatic memory was more an exercise in understanding what was behind my life choices—the move to Israel to start a new life at age 18, and all that followed. I learned a lot about the power of subconscious choices while getting it all out into the open: writing as confession!

But what’s even more telling, in terms of how trauma impacts writing is that Returning is not the story that I had originally intended to tell.

I had originally thought to use the extensive correspondence between Ovadya and Masha to tell a love story, emphasizing how the relationship between them allowed each of them to overcome the barriers to telling their experiences.

I had thousands (!) of pages of correspondence, and over the course of two years, I’d managed to winnow it down to a several hundred letters that would tell the story in a way that would be both engaging and moving.

And then something happened. Into all this stepped Rav Ish-Shalom. What happened next was not only unexpected, but life-changing.

And so the story was rewritten as the events unfolded, in some cases lagging behind events by mere hours. The final scene of the book was written out the same day it happened in a letter to the rabbi. (To which he wrote back that it was a good thing his keyboard was resistant to tears)

So, yes, the writing was transformative on many levels. For Ovadya, the realization that he had finally kept his promises to the dead brought him more peace than he had known since Birkenau.

For my part, telling his story and mine helped to heal wounds that I had scarcely been aware of until I saw them open again on the page before me.

But mostly, the events themselves brought about a sense of having reached closure. I can say with certainty that death is not all it’s cracked up to be, and that T’chiat HaMetim—the revival of the dead—holds surprises of its own.

A: The title, Returning, has multiple layers of meaning. The central theme of the book is the Jewish notion of Teshuvah, which translates literally as “returning.”

Often (mis)translated as “repentance,” teshuvah is actually a complex and many-layered concept, encompassing the return to physical and mental health, rebuilding self-confidence and trust after failure, and recapturing something of who we were before a life-shattering event.

But of course, “returning” also captures something of Ovadya’s situation, finding himself alive when by all rights he should have died, and having to face the reality of his choices.  The essence of Ovadya’s return to life under the tutelage of Rav Ish-Shalom is a “return” on many different levels.

And lastly, the title captures the final denouement of the story, which I won’t reveal here for fear of spoiling the story for readers.

A: Probably at the top of the list would be Thomas Wolfe, Ursula Le Guin, and Peter S. Beagle, and of course J.R.R. Tolkien. Their writing has left a lasting impression on me, and has shown me the power of words to transmit memory from mind to mind.

Others who have had an impact are naturalists Loren Eiseley and Stephen Jay Gould. Eiseley manages to capture the magic of life in words that have a magic of their own. Gould is known for conveying complex ideas with clarity and eloquence.

One of the things all these writers have taught me is that humans are born storytellers; we learn best by making a story out of knowledge.

A: My next project is guaranteed to be a lot more fun, if less profound, than Returning. I’m digging into the past six years of notes from a variety of Talmud and Torah classes for hints into how and why the Jewish people has survived in circumstances that no other nation has managed to weather.

The end result will go into a work tentatively titled Havrutah with a One-Eyed Cat: a whimsical foray into Jewish philosophy. Here I plan to apply gleanings from my long career in counter-terrorism, ideas about Jewish organizational dynamics honed during years of following sub-state organizations around the world.

As the subject matter could easily become dry and academic, I’ve livened it up with a series of imaginary conversations with a cynical feline study partner, who brings ideas from sociology, political theory, and organizational dynamics to bear on Jewish themes.

You can read a few sample chapters here.