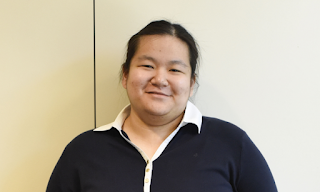 Katherine J. Chen is the author of the new novel Mary B, which focuses on the character Mary Bennet from Jane Austen's Pride and Prejudice.

Q: Why did you decide to focus on Pride and Prejudice's Mary Bennet in your novel Mary B?

A: It happened organically. Just like you may discover one morning that you can’t really relate to the cartoon heroes of your youth anymore, I found myself growing more and more distant from the heroine of Pride and Prejudice, Elizabeth Bennet.

My eye began to wander to the corners of the screen and of the page, and I was intrigued by the sister who lived in the shadows.

People are quick to cast Mary off as a bookworm or as a sermonizing, pseudo-intellectual fool. Austen herself describes Mary as, “the only plain one in the family,” yet she “worked hard for knowledge and accomplishments [and] was always impatient for display.”

Pride and Prejudice, being a cornerstone of English literature, is a book you can return to again and again. You’ll find new gems within the text each time.

So, on one of the occasions I re-read Pride and Prejudice, and in the state of mind I was in at the time, I began to develop a curiosity for Mary.

It interested me that she is singled out as being physically deficient, even defective. A daughter who can’t be married off (unless she is independently wealthy) is more or less a life-long burden to her family.

It interested me that, as a result of being aware of her own faults, she turns her mind to other means of improving herself – by way of “knowledge and accomplishments.” To me, this signaled a decidedly forward-thinking (and fresh) attitude. 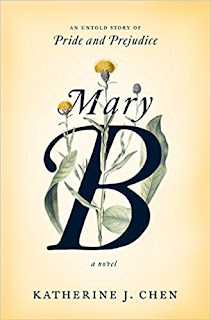 Q: What did you see as the right blend between Jane Austen's characters and your own version of those characters, and how do you think readers will react?

A: I don’t agree that one should feel limited to the constraints (if they can even justly be called such) that Austen placed on her delightful cast of characters in the original text.

To me, there could be nothing more boring than to write a retelling of Pride and Prejudice that abides by all the parameters of its indomitable source, and if it does, then what would even be the point?

I didn’t seek to copy Austen or Austen’s voice in Mary B. The novel is written from Mary Bennet’s perspective (not Austen’s, much less Lizzie’s), and my own interpretation of her character is that she is not one to sugar-coat her thoughts or behavior.

If one has been ignored and ridiculed for much of one’s life, it’s not likely that her attitude towards her own family (or society at large) will be super flattering. But this is also where it becomes exciting – I was able to add some grit and edginess to her character.

Characters and the way we interpret and receive them are always changing, according to what we are going through in our own lives. The characters that don’t change, in my opinion, upon revisiting a text are arguably boring, one-dimensional, or both.

If I re-read Hamlet today, I would probably feel slightly different about the Prince of Denmark than I did three, five, 10, or 15 years ago.

I think it’s important, when you are reading a retelling, to keep an open mind. Retellings are not simply a continuation or re-hashing of the original plot. And I think the best retellings always manage to turn a previously settled and comfortable world upside down. They should make you feel slightly restless. The status quo, the “way things should be” no longer applies. There are no rules.

Q: Did you need to do much research to write the novel, and did you learn anything that particularly intrigued you?

A: Like many, many others, I have been a Jane Austen fan for much of my life. Reading and re-reading Austen’s works and also watching and re-watching the several fine adaptations of her works over the years certainly helped to tune my ear to the quickness (and sharpness) of the dialogue.

I also read several Austen biographies, which shed light on the Regency era, and the day-to-day lives of women in that period.

I had remembered reading key sections of James Edward Austen-Leigh’s memoir some time ago and when I revisited it again before writing this novel, it was mentioned that Austen had determined that Mary “obtained nothing higher than one of her uncle Philips's clerks” for a husband. I thought this rather pitiful.

Austen is hard on Mary, and so, by necessity, I was forced to take a stance on Mary that was in opposition to Austen’s original vision of her.

There is also that famous story – whether true or untrue might never be known – that Austen hid her own writing, while she was working on her famous novels and that there was a drawing room door which squeaked to signal the coming of any relatives, friends, or neighbors, thus giving her the chance to hide whatever she might have been working on.

If it is true, I like this story because it shows the intimacy of what her writing was to her. And it’s something I later mirrored in Mary herself (who is working on a rather sappy first novel during the book).

Q: What do you think Mary's life says about the role of women two centuries ago in England?

A: It’s easy, with any period drama or romance, to be enamored of that time and to mourn it for being an era, rich in culture, which is now lost to us.

When I finish reading a novel from another age, it’s like second nature for me to sigh and say, clutching the well-thumbed book to my chest, “Oh, how I wish I lived in Austen’s time. How I wish I could put on a pretty gown and dance at a ball. What a delight that would be.”

But there are dark undercurrents in Austen’s writing and in Pride and Prejudice. Not all is as meets the eye, and really, the point of my writing Mary B was to illustrate how hard it is for a woman to assert any kind of independence without kicking up either a maelstrom of scandal or disgracing herself and her family.

I’d argue that even now, it’s still a challenge to be a totally independent woman: sexually liberated, progressive, and carefree, and able to pursue one’s passions, without being hampered in some way or form.

A: I am mulling over an idea for a new novel, which I may try my hand at as a short story first. We’ll see if it works out or not!

A: I would love Austen fans/Janeites who read Mary B to keep an open mind. The work is not meant to simply mimic Austen’s voice and scalpel-edged wit. It’s a retelling, situated in the 1800s, but for our time.

In the world of financial services, the term “disruption” is often used to characterize any momentous or unexpected change to an industry (think what Uber did for taxi cabs or Airbnb for hotels). I think the same word could be applied to Mary B – that it is meant to disrupt, potentially unsettle, but ultimately liberate a much misunderstood character and bring her into the light.