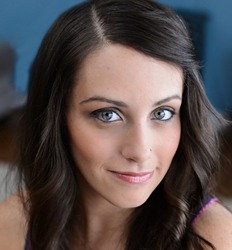 Brianna DuMont is the author of the new kids' book Thrilling Thieves: Liars, Cheats, and Cons Who Changed History. It's the third in a series that also includes Fantastic Fugitives and Famous Phonies. She lives in Chicago.

Q: How did you come up with the idea for your new book, and for the series?

A: The Changed History series actually stemmed from the first book I ever tried to write. It was about thieves in mythologies. After writing out a few short stories of mythological bad guys, I asked the simple question: What if? What if there were real people who impacted the world by stealing?

I signed with my agent based off of this idea, but a lot of editors were asking about series potential. I came up with more what if questions, including people who never existed who changed history and fugitives on the run who changed history.

Interestingly enough, Sky Pony, my publisher, loved the series, but wanted the never existed idea first. That became Famous Phonies. Then they wanted fugitives, which became Fantastic Fugitives. So that’s how thieves became my first “sellable” idea, but the third book in the series. 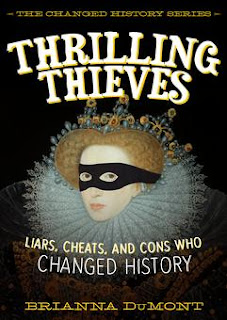 Q: Some of these people--like Queen Elizabeth I and Thomas Edison--are not people generally thought of as thieves. How did you choose the historical figures to include?

A: Choosing people was fairly tricky. They have to check a lot of boxes to be included: having stolen something and having that theft impact history.

I also thought it was fun to include people who weren’t remembered as the “bad guys” and absolutely to include women. A lot of times, women didn’t have much agency in history, but if you dig, you start to find they still accomplished things, albeit on a quieter, smaller scale than a Napoleon level.

In seeing new sides to old faces, readers can begin to understand how complex history is. 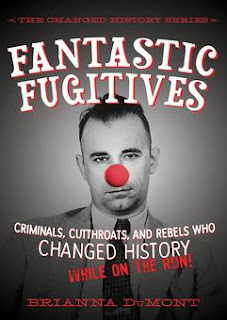 A: I have the great privilege of living near many top-notch universities in Chicago. When I was writing this book, I lived about a block away from Loyola and spent most of my afternoons in the stacks with a large cup of coffee. I recently moved to Hyde Park and now spend my days wandering the University of Chicago’s library.

My process is pretty simple, however: Go to the experts. I like to start with a simple Google search to see who’s in the field of study for the person I’m writing about. I check out all of their articles and books (this is where the universities come in handy) and spend weeks getting acquainted with the details and which scholar agrees or disagrees about what fact.

If I have specific questions, I always reach out to them, making sure to be friendly and open. I’ve found them all to be extremely welcoming and excited to talk about their favorite subject!

I was shocked to stumble across Madame Cheng—I’d never heard of her! While doing some general searches on pirates, I found a Chinese woman from 1800 who controlled the largest confederacy of pirates in all of history.

To put it in perspective, she commanded 70,000 pirates while the height of Western piracy in the Caribbean had around 5,600 pirates. She only quit pirating because the Chinese emperor offered her a great retirement package. 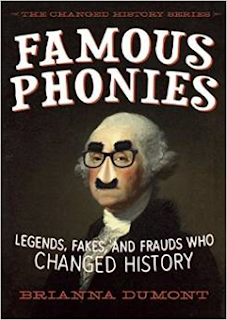 A: History is fun! Don’t worry about the details—names, dates, battles can all blur together, so focus on the big picture first. The details will be there when you’re ready.

Also, all of my footnotes for every paragraph of information is detailed on my website. Due to an unexpected time crunch (we went from having a month deadline to 24 hours), they didn’t make it in the book, but I felt very passionate about making sure they were available for students conducting research.

A: I’m mostly working on keeping my sanity with my two little kids under three at home all day! But that being said, I can’t turn off the desire to write and create. After two months on “maternity leave” with my youngest, I started plotting out a MG adventure novel during midnight wake-up calls, which is what I’m working on currently.

A: I own Harry Potter in five languages, including ancient Greek! My minor in college was ancient Greek, and we had a professor who taught a semester of Attic with the new translation (that’s the dialect of Greek used in Athens during the Classical period 5th-4thcenturies BCE).

As you can tell by my books, my approach to history and learning is all about making it relevant and humorous. This article by the translator explains some of the challenges and the fun of bringing magical words into an ancient Greek lexicon.