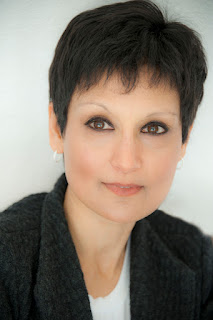 A.J. Banner is the author of the new psychological suspense novel After Nightfall. She also has written The Good Neighbor and The Twilight Wife. She lives in the Pacific Northwest.

Q: How did you come up with the idea for After Nightfall, and for your character Marissa?

A: Our rescued cats whisper book ideas into my dreams while I sleep. They might as well, as I have no idea where I get my ideas.

I love Stephen King’s quote from his book On Writing: “…good story ideas seem to come quite literally from nowhere, sailing at you right out of the empty sky.” This is absolutely the case.

Perhaps my first thought about After Nightfall was the first sentence: “Lauren is flirting with my fiancé over the dinner I spent hours preparing.” I knew someone would die after a party, and all the guests would become suspects, but I unearthed the rest of the story as I worked through several drafts.

Marissa might have popped into my mind as a speech language pathologist conjured to treat Anna, a child in the story who suffers from speech disfluencies. Where did Anna come from? Who knows? Maybe from a feline whisper in the night.

Q: The novel takes place in a community in Washington state. How important is setting to you in your writing?

A: “I dab at my mouth with a cloth napkin, gaze out at the November dusk, at the ocean glimmering through the trees. A distant freighter winks on the horizon, perhaps en route to Seattle. The darkness etches our reflections in the window.” 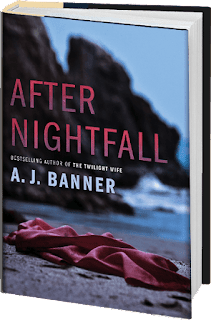 In this short excerpt from After Nightfall, I weave in details of setting as part of the scene, inextricable from the character’s actions.

Setting becomes integral to the story, evoking emotions and enhancing suspense, but I don’t make a conscious decision to treat setting as important.

It’s simply a natural part of my style to include atmospheric details about the wind, the smell of the sea, the changeable clouds and shadows and the wildness of the Pacific Northwest. I’m always aware of the real world around me – nature, the sky, wildlife, the weather.

Setting can also enhance the mood. An emotional crisis might occur in a tempest, while a languid love scene might occur on a hot, sunny day.

Q: Do you usually know how your books will end before you start writing, or do you make many changes along the way? 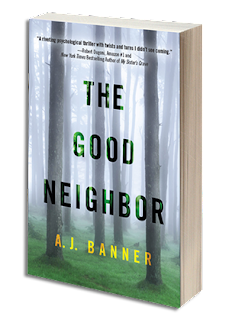 And I thought I was the queen of revision! I rewrite each book at least three times, but I may be heading for five to 10 revisions for my current project. My endings change with each draft.

In After Nightfall, I rewrote the book at least five times, and late in the game, I added a twist to the ending, which actually felt organic to the story, since it explained a clue I’d planted early in the book. If I hadn’t fixed the ending, I would have left a dangling plot thread. No spoilers here, I hope.

A: Too many to name. If I name a few, I’ll be omitting a thousand others. Okay, I’ll name a few. Susan Wiggs, Elsa Watson, Sheila Roberts, Agatha Christie, Elizabeth Berg, Daphne du Maurier, Polly Horvath, Robert Cormier, Chris Bohjalian, Margaret Atwood, Patricia Highsmith, Jung Yun (I loved her novel, Shelter), Laura Lippman, Peter Swanson (I loved the diabolical novel The Kind Worth Killing), Leigh Hearon, and on and on. 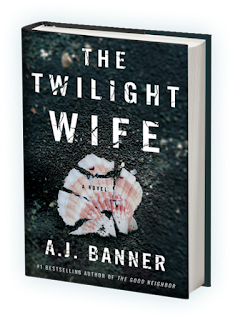 I enjoy reading in many different genres, from general fiction to psychological suspense, thrillers, humorous fiction, memoir, and children’s books.

A: I’m working on my next novel of psychological suspense, tentative publication date August 2019, title TBA.

A: In After Nightfall, the morning after a tense dinner party, Marissa finds her estranged friend, Lauren, dead at the bottom of a cliff. I had to do some research on cliff falls, as it’s often difficult to tell if a death due to a fall from a height is accidental, suicide or homicide.

In the tragic case of an Italian countess who fell from her clifftop villa, forensics experts analyzed soil samples on the bottom of her slippers—which were found on the rocks below the cliff—and concluded her death was an accident.

In another case in southern California, a man was convicted of pushing his young daughter off a cliff to her death, even though there were no direct witnesses.

Investigators convicted him based on circumstantial evidence (store surveillance videos, witness statements that he walked his daughter too close to the cliff, his prior complaints about paying child support, and so on).