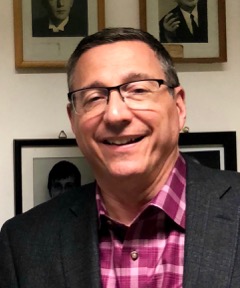 Rob Schenck is the author of the new book Costly Grace: An Evangelical Minister's Rediscovery of Faith, Hope, and Love. He is the founding president of the Dietrich Bonhoeffer Institute, which seeks to promote ethical reflection and responsible activism in public policy.

A: For several reasons. First, I just needed to make sense of my life’s trajectory, especially the years I spent in very public Christian ministry, in activism, in politics, and to follow coherently what at first felt like chaos.

I also wanted to see, concretely, how I had evolved in my opinions and perspectives on a whole range of subjects—faith, abortion, same-sex marriage. The only way I could do that was to set it out in writing.

I also thought it was time for me to share my saga with others who could benefit from it, maybe by vicariously living it with me, or seeing their own story in it, or simply by being provoked to think differently or see things differently as a result of what they read in it.

Finally, as I get older, I’m thinking of legacy, of leaving something behind, for my own family, for the expansive religious community I’ve served for so long, and for the people who are curious about people like me, evangelicals who’ve been terribly politicized. My purpose is not to justify myself or even defend myself, but to explain myself and others like me.

Q: You divide the book into three sections involving three different types of conversion you’ve experienced. What did the three have in common, and how did they differ?

A: The three conversions, from my nominal Judaism to passionate born again Christian faith, from a very generous, mostly non-political Christianity to what I call Ronald Reagan Republican Religion, and finally to a faith centered on Christ and his Sermon on the Mount, are similar in that they were all deeply life-affecting.

They were very powerful and they shaped not only my thinking, but my actions, and even my relationships—with family, with colleagues, with the wider world—and my career, my profession.

They also brought serious consequences. The first separated me from my family, the second thrust me into the limelight, into national controversy, and, in the case of my anti-abortion activism and support for Alabama chief justice Roy Moore, into jail. 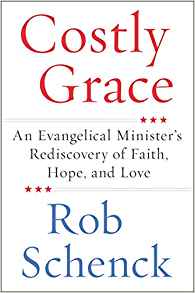 The third separated me from an enormous universe of conservative churches and supporters, more than a quarter million of them, but also thrust me into a new world of fascinating, earnest, and very kind people.

They’re different in that the first was highly emotional and immediate, the second was a bit more gradual and resulted from a combination of emotion and rational consideration, and the third came very slowly and over a long period of time that included much personal reflection, lots of conversation, and a massive amount of reading and writing, including doctoral work.

Q: What do you think accounts for Donald Trump’s popularity among so many evangelicals, and do you think it will continue?

A: I think Trump appeals to the sense of grievance that many evangelicals have, for being looked down on, ridiculed, made to feel inferior.

Trump is a kind of a great big middle finger to the world many evangelicals feel has insulted us for too long. I think that betrays the faith we ostensibly embrace, but it does reflect real human emotion.

Trump was also a kind of fast-track to the social reformation evangelicals have sought for over three decades now. Trump offered evangelicals a deal: You give me what I want and I give you what you want. What he wanted was to be elected president and to be given religious cover for all his embarrassing peccadillos.

What he would give evangelicals in return were all the items on their political wish-list: Conservative Supreme Court justices, permission to endorse or disparage candidates from our pulpits, the assertion that America is a Christian nation, and the appointment of our people to high-level government posts.

It was a bargain, but I would argue a Faustian bargain because it badly demoralized my community at its spiritual core. We have lost both our spiritual vitality and moral credibility by entering into this corrupt arrangement. I write about it from my personal experience with Trump and those who embrace him.

Q: At this point in your career, what do you see as the right blend between politics and religion?

A: Religion is about the transcendent, about universal values and virtues, about the eternal, about very big questions of right, wrong, decency and indecency, about immutable principles, about truth verses fallacy, about good and evil, right and wrong, about human dignity.

These things should inform our public discourse and political deliberations, maybe even our political preferences and associations, but it should never work the other way around.

As far as we know, religion predates the nation state by millennia. Religion can help the state to find its conscience and to should always help it to do better ethically, but when the state takes on that role with religion—when it takes religion captive and exploits it, it’s bad for both religion and politics.

They each have very distinct roles and they must each remain cognizant of that and respect their boundaries.

A: I’m working on getting my message out, particularly to the younger generation, especially younger evangelicals, many of whom feel trapped and alienated by the politicization of their faith, and I’m building a new entity in Washington called The Dietrich Bonhoeffer Institute which seeks to take the brilliant insights of this young, World-War II era German Lutheran pastor and moral philosopher, who challenged Nazism and Adolf Hitler and paid for it with his life, and apply those insights to the ethical crises of our own times.

Those crises include America’s obsession with guns, the deterioration in civility, certainly the politicization of religion, and general human and interpersonal relations.

A: I’d like to say that America’s religious life, religious orientation, religious culture—in all forms—is important, terribly important, and when you look at evangelicals, 30-100 million strong, depending on how you define us, and you look at all the good—and all the bad we evangelicals have done, it is important to understand how we see the world, how we come to the conclusions that we do, and where our successes and our failures lie.

I hope my story gives readers insight into all those things—for the better, of course!