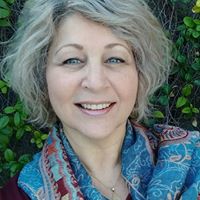 Mirta Ines Trupp is the author of the new novel Destiny by Design: Leah's Journey. She also has written Becoming Malka and With Love, the Argentina Family. She was born in Argentina and moved to the United States as a baby.

Q: How did you come up with the idea for Destiny by Design and for the Abramovitz family?

A: The Abramovitz family in Destiny by Design—Leah’s Journey are a set of fictional characters. Set in Imperial Russia and later in Argentina, their story is based on my own family experience and of course, historical facts.

My paternal great grandparents left the Ukraine sometime around 1908 and came to live in Argentina, thanks to Baron Maurice Hirsch and the Jewish Colonization Association. My maternal relatives followed close behind and their experiences mimicked thousands of others who escaped the pogroms and ghettos of Eastern Europe. They belonged to the famed community labeled “Jewish gauchos.”

Needless to say, the history of the people in that particular time and place is near and dear to my heart. Because of my partiality for period novels, such as the works of Austen, the Bronte sisters, Gaskell etc., I became obsessed with wanting to fuse —mashup, if you will—my passion for all things Judaic with my penchant for historical fiction.

Q: How much research did you need to do to write the novel and did you learn anything that particularly surprised you? 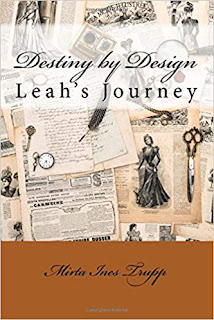 A: Destiny by Design is a stand-alone sequel to Becoming Malka. As I mentioned, much of the background is based on my own family history—sans the time travel, of course—which explains why the first novel is rightly tagged a Historical/Fantasy.

For the rest, I humbly point to a life-long fascination with the time period, coupled with a few years’ worth of scanning Internet sites on the subjects of revolution and political upheaval. If Big Brother was watching, I’m certain my browsing history made for interesting fodder!

Particularly surprising was realizing that my fictional Abramovitz family would have been well accompanied in the upper echelons of Odessan society.

Indeed, there were many eminent Jewish families throughout Russia and Europe, such as the Montefiores, the Rothchilds, the Brodskys and the Gintsburgs and yet; rarely do we see Jews in historical novels. I couldn’t help but wonder—what if there had been a rabbi in Hertfordshire or a yeshiva (a Jewish academy) in the Lake District?

Pleasantly surprised at having found sufficient reading material regarding the highly recognized Brodskys of Ukraine and the nearly royal Gintsburg family, I relished the thought of presenting the Abramovitz meshpucha in my own sort of Austenite fan-fiction. 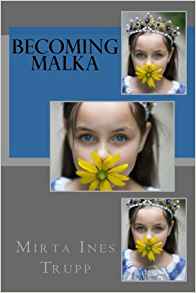 A: I had a clear picture of how Leah’s life could unfold, as I was writing the first novel, Becoming Malka. As a young teenager, Leah reminded me of Lydia Bennet, and yet my hope was to see her evolve into a more refined—a more sensible—Elizabeth.

I used the backdrop of history, coupled with what I had already written in the first book, to outline how the novel would end, but I have to admit, the epilogue came as a bit of surprise to me.

Q: What is the situation for the Jewish community in Argentina today?

A: Much like in any society, evil exists. Thankfully, good triumphs when decent people stand their ground. The Jewish community has played an integral role in the ever-evolving Argentine society and while they have faced stifling anti-Semitism, as well as horrific terror attacks, Argentina is their home. 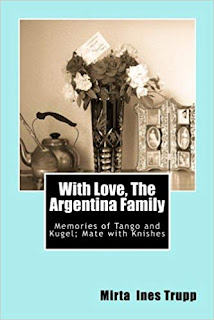 Since the first Spanish conquerors arrived on the shores of Río de la Plata, since the time of Christopher Columbus when they escaped the terror of the Inquisition, since the mass Exodus from Eastern European in the late 1880s, Jews have lived in the Land of Silver. They are not going anywhere!

A: As an “indie” author, writing the book is merely the beginning of the process. Marketing and promoting has proven to be an uphill climb, so for the time being, I’m working on getting the word out there! I have been asked to translate the books into Spanish…now there’s a project!

A: This is clean read, light and entertaining, but I believe it packs a powerful punch speaking to universal themes of acceptance, assimilation, culture and personal growth. I invite your readers to follow me on Facebook, Goodreads, Pinterest and Instagram. Thank you again!