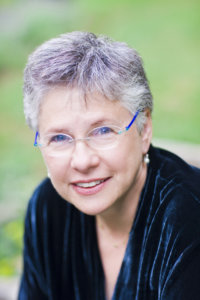 Katharine Weber is the author of the new novel Still Life with Monkey. Her other books include The Little Women and The Music Lesson. She is the Richard L. Thomas Visiting Professor of Creative Writing at Kenyon College, and she lives in Connecticut.

Q: You write that part of the inspiration for your new novel was a friend of yours who was injured in an accident. How did you come up with the characters of Duncan and Laura?

A: In writing about the profound effects a spinal cord injury can have on a life, thinking about the before and after of such a traumatic event, I recognized early in the process of planning the narrative that an accident and its aftermath inevitably have a huge impact on the people in that person’s life, especially partners and siblings.

For the novel to have emotional resonance, there had to be conflict between Duncan’s ambivalence about living this new life and at least one other person, someone who desperately wants him to choose to keep living. There is no emotional velocity if a character wants something and there’s nobody else in the story to share or oppose the want.

Virginia Woolf once wrote in her diary, “I meant to write about death, only life came breaking in as usual.” Life is other people, other characters.

I have always been drawn to fiction that portrays the complexity and nuance of marriages of long duration, and I count among my favorite novels William Maxwell’s The Chateau, Jan Strother’s Mrs. Miniver, and Jim Crace’s Being Dead.

Q: Why did you decide to include Ottoline, the monkey helper, as a major character in the novel?

A: I had long been intrigued by monkey helpers, and from the outset I knew that she would be more than the sum of her helping skills. Monkeys are by their very nature uncanny – so like us but not us, so human but not human.

I am fascinated by the stories about Mitz, the marmoset who was a beloved pet of Leonard and Virginia Woolf (here she is again!). (I am a fan of Sigrid Nunez’s elegant little book Mitz: The Marmoset of Bloomsbury.)

For a tiny creature she had a huge personality and meant a great deal to the childless Woolfs. She amused or terrified many in the Bloosmbury circle, from Vita Sackville-West to T.S. Eliot to Lady Ottoline Morrell, whom she famously bit. I don’t expect most readers to notice or care, but I named Ottoline the helper monkey for Lady Ottoline. 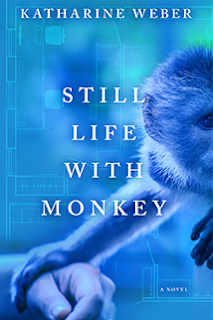 When I came to know a monkey helper recipient and his wife while I was writing the second draft of the novel, the time I spent with them and Farah the monkey confirmed for me my sense of the intense emotional bonds in every direction among the three of them.

A: The working title for the novel was simply The Monkey Helper. But that was partly owing to a plot element that soon dropped away, and there was no need for the second meaning, of someone helping the monkey. And I quickly recognized that I really wasn’t writing a novel about a monkey. I was writing a novel with a monkey in it.

I was deep in research about spinal cord injuries and life with quadriplegia when I considered, for a while, calling the novel Activities of Daily Living, the phrase used for the necessary quotidian events in the life of someone with an illness or injury. But that seemed clinical and flat and, anyway, not really quite right.

I landed on Still Life With Monkey after that and felt that it was exactly right. It really clicked with me.

First, it’s a familiar title for a popular kind of painting over three centuries--by Dutch, Spanish and French artists--whose rich, detailed still life canvases portray a bountiful table laden with a feast, usually consisting of artfully heaped bowls and platters of fruit, sometimes meat and game, usually in elegant vessels of silver. But look closely and you see a capuchin monkey climbing on the table, raiding the feast!

And I loved the multiplicity of meanings – it’s still life, Duncan is still alive—but also, he is paralyzed and now lives a still life. Either way, with monkey.

But then an editor who gave me great notes (though she ultimately passed on the book) felt strongly that there were too many “Still Life with Noun” book titles out there. She encouraged me to find something else from the novel, and so for a while it was called Remind Me Who I Am, a line from a Stanley Kunitz poem quoted in the novel.

But I didn’t love that title, which felt like one of those pronoun-y popular fiction titles that could be about anything. When she rejected the novel, I restored Still Life With Monkey. I really love the title. And while there are many books simply called Still Life, I haven’t actually come across very many of those “Still Life with Noun” novels.

Q: Why did you focus on a character who is considering taking his own life?

A: As is true with all my novels, the characters as well as the events develop and grow out of situation.

I set out to write about Duncan’s situation, being paralyzed as the consequence of an accident for which he feels horribly guilty, because he was driving the car (out of pride and hubris when he probably shouldn’t have been behind the wheel) and was responsible for the crash took the life of his young assistant.

A: As I am answering your great questions, this same week I am also on deadline with a brief essay—liner notes for a forthcoming jazz album that was just recorded in Paris by the dynamic Esaie Cid Jazz Quintet, who have discovered and love the music of Kay Swift, who was my grandmother.

This album, a mix of her most popular songs such as Can’t We Be Friends? and some obscure songs that are rarely heard, is their tribute to her music. I was very close to her and am co-trustee with my husband of her musical legacy. (See www.kayswift.com for more about her.)

I am also always working on my next novel. Or really, I should admit, novels. I seem to be veering among three different novels and a novella, inching forward on each of these thoroughly mapped and imagined narratives at different times.

I know I really need to settle on a sequence for completion and get more focus and efficiency. But what comes first?

Rumspringa, the story of an unexpected Rumspringa consequence? The Jane of Hearts story about a calamity that occurs when children break into houses at night and the secret that lingers on? Notice What You Notice, the story of someone hiding out at a corrupt New Age retreat? The Going Away Woman, a fictional treatment of my great-great uncle Aby Warburg’s 1896 sojourn among the Hopi Indians of Arizona and New Mexico?

I really do need to get to work.

A: I love book groups and am always happy to hear from them when they’re discussing one of my books. I do my best to meet with book groups in person, to answer questions or comments in email, or to schedule phone or Skype whenever possible.

Many thanks for this great conversation with you!