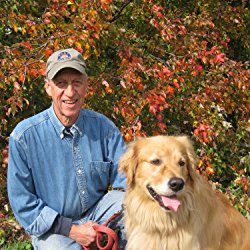 Martin R. Ganzglass is the author of the new novel Treason and Triumph, the fifth in his Revolutionary War series. Other books in the series include Spies and Deserters and Blood Upon the Snow. A former Peace Corps volunteer in Somalia and a retired attorney, he lives in the Washington, D.C., area.

Q: This is the fifth book in your series - how did you choose which events to focus on this time?

A: Generally, I have been following the chronology of the Revolutionary War and the fifth book brings me to 1780 and 1781. While there are many events over these two years, the two most obvious ones are General Benedict Arnold's attempted betrayal of West Point in the fall of 1780 and the combined American French victory at Yorktown in the fall of 1781.

Both are events of high drama and gave me the opportunity to describe them through the eyes of my fictional characters.

For example, I was able to depict the feigned madness of Peggy Shippen Arnold, the general's wife, when Arnold flees West Point after the plot has been discovered leaving his wife and infant son behind, through the fictitious character of Elizabeth Van Hooten.

I had inserted her into Peggy Shippen's rich and privileged Philadelphia social circle in two earlier novels, Blood Upon the Snow and Spies and Deserters. This was pure luck and no foresight on my part.

Q: One theme running through the books involves the conflict between two brothers. Can you say more about how you created the Stoner brothers and developed their political views? 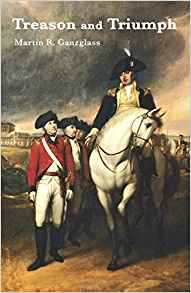 A: Willem and John Stoner are typical of many families at the time. Particularly in New York and New Jersey, members of the same family were divided in their loyalties, with some supporting the King and others joining the patriots' cause.

I wanted to counter the myth that the colonists rose up against oppressive British rule in a unified and fervent fashion. John, the Loyalist, is also an opportunist (as well as being an evil and immoral person.) He is motivated more by greed than politics and he believes he has chosen the winning side that will bring him wealth and prestige.

Will is an idealist, and through his association with General Knox, comes to believe entirely in the cause regardless of the personal consequences.

In some sense, the American Revolution was the first American civil war because so many families had members on both sides. In New Jersey there were Loyalist and Patriot militias that waged a violent and vicious guerrilla war against the civilian supporters of the other side. Will and John are simply examples of the existing divisions among family members.

Q: How was the title for this latest book chosen, and what does it signify for you? 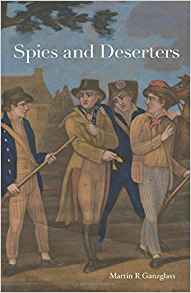 A: The two pivotal events of 1780 and 1781 were the shocking betrayal by General Arnold and the victory at Yorktown.

If Benedict Arnold had successfully turned the fort at West Point over to the British, the British would gain control of the Hudson River and successfully split the New England colonies from the others. Then it would have been possible to subdue the Americans piecemeal.

Arnold also attempted to pass to the British the route General Washington was taking to West Point, which would have enabled a strong British cavalry force to capture him, as well as Generals Lafayette and Knox. That could have effectively ended our Revolution then and there.

The evidence of Arnold's betrayal undermined Washington's confidence because he had so misjudged Arnold's character. It was definitely a low point in the Revolution.

Conversely, with the victory at Yorktown, many Americans believed the war was over. Over 8,000 British and Hessian troops were captured along with vast amounts of supplies, arms and munitions. The victory enabled many supporters to at least believe that independence was in sight and the war would end soon.

Q: What type of research did you do for this book, and did you learn anything that particularly intrigued you?

A: I relied heavily on many thoroughly researched articles in the Journal of the American Revolution and the blog, Boston 1775.

In addition, my favorite memoir is by Private Joseph P. Martin, a Connecticut farm boy turned soldier for the duration of the war. He is an acute observer of physical details and a philosopher one moment and a witty humorist the next. 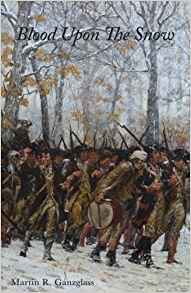 His book, Private Yankee Doodle - Being a Narrative of Some of the Adventures, Dangers and Sufferings of a Revolutionary Soldier, edited by George E. Scheer, is a well-written, eye-witness ground level account of the War, including the battle of Yorktown.

As I did research for this book, I knew of the starvation and suffering of the soldiers at Valley Forge during the winter of 1777-1778.

What I learned is that the soldiers suffered constantly throughout the war from lack of food, blankets, shoes and even clothing. And Congress did little to alleviate their plight, despite General Washington's pleas.

It is remarkable that the ordinary soldier, with few exceptions, remained in service. Ill clothed, with rags around their feet, and endured the lack of rations, lack of pay, and legislative lack of concern. I grew to understand the true sacrifice of these soldiers, far beyond that one winter at Valley Forge.

A: I am writing the sixth and final novel in the series. I have a general idea what will happen to the characters but they have surprised me in the past by taking me in unforeseen directions and may do so again. Hopefully, this novel will be published in June 2019.

A: Several of my readers have suggested that I follow Will and Elizabeth and their growing family in the next decade after independence, say up to 1800.

I have not yet decided whether or not to do so. Instead of writing another historical novel, I may want to write short stories. I am tempted to try a different genre but I have plenty of time to make up my mind.

First, I will finish the series that I began six years ago in the winter of 1775 with General Knox's noble train of artillery struggling through the Berkshires from Lake George to Cambridge.

--Interview with Deborah Kalb. Here's a previous Q&A with Martin R. Ganzglass.
Posted by Deborah Kalb at 6:14 AM