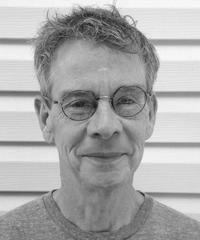 Daniel Lawless is the author of the new poetry collection The Gun My Sister Killed Herself With. He is the founder and editor of the poetry magazine Plume, and his work has appeared in a variety of publications, including Ploughshares and Prairie Schooner. He lives in St. Petersburg, Florida.

Q: How did you choose the poems to include in your new collection, and how did you decide on the order in which they would appear?

A: The poems in The Gun My Sister Killed Herself With represent an overview of the work of my 30s and 40s -- years in which I did not attempt to publish at all. God knows why, but there it is. Oh, the thought would cross my mind once in a blue moon, as they say, but soon passed.

And, indeed, after I founded the journal Plume: A Journal of Contemporary Poetry some seven years ago, and read daily work from some extraordinary poets – big names, and should-be big names -- one would think these fleeting temptations would finally have ceased altogether.

Instead, the opposite was true. Immodestly (quite unlike me, given as I am to an almost pathological self-effacement) I thought, I can do that. And this. And the other thing, too. And so I began to send out poems, met some success, and then a little more success, and soon enough I had enough poems for a book. Who knew?

The order of the book took some time – it was not my first consideration by a long shot. I knew the first poem in the book would be “A” – simply because it seemed to encapsulate many of the book’s themes and spoke to a certain style-throughline. And the last I had as well -- “Midpoint”—with its sense of a looking ahead implicit in its title.

The middle poem is the book’s title poem – I sensed that it was a natural break between the more personal memory-pieces of the first sections and the broader reflections on poetry and, well, death, that comprise the second half of the book. Early readers of the manuscript (shout out to David Breskin) helped me fill in the rest. 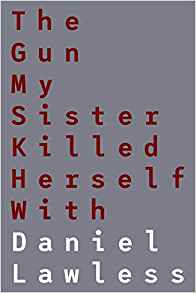 Q: How was the collection’s title (also the title of one of the poems) chosen?

A: It’s a poem that was featured in Nin Andrews’ posts for Best American Poetry, from Cortland Review. In her interview with me and her introduction, she mentioned that the poem had received 1,500 “hits” or some number that seemed absurd to me; I’d never looked. So, I thought it was popular.

And the poem’s title seemed almost not-a-poetry-book one; browsers could imagine a noir short story or novel with that name, and I liked that, the directness and violence of the gun and the act, and the slightly awkward construction of the phrase – it was to my mind striking, and memorable.

Speaking of which: The original title was “The Memory of My Memory is My Memory.” Many of the early readers and blurbs mentioned this as a particularly appealing title, in fact, and I almost went with it. That would have been fine. Still, I think the present The Gun My Sister Killed herself With is, for the reasons noted, the better one.

Q: As the editor of Plume, what do you see as the role of poetry in today’s world?

A: Well, not as “instructive” or as a moving political force; I am not of the “unacknowledged legislators” persuasion. The role of poetry, like that of all the arts, is for me simply the offering of beauty to the reader. Though beauty, as Rilke so astutely observed, is the beginning of terror. It’s tough work – not a respite, by any means, if it’s serious. And if it isn’t serious, why bother?

Q: Which poets do you especially admire?

A: I won’t mention those we have published in Plume over the years – that way lies madness – as is “angry,” as in hurt feelings, or at least that is my fear.

So, I will stick to the poets I admired before I began Plume and still treasure. Mostly, Europeans and South Americans: Follain, Reverdy, Transtromer, Trakl, Milosz, Parra,  Paz, Pavese. In the U.S., Simic, Beckian Fritz Goldberg, Yusef Komunyakaa. So many.

A: In my writing, a hybrid book of poems and essays, tentatively titled Louisville, 1962-1972. A memoire of that pivotal time in my early life, and in the culture’s at large. Other projects include a from-the-roots overhaul of the Plume website and a transition to a new publishing venture for the annual print anthologies.

A: I don’t think so.  But, thank you – it’s been fun thinking about these things this evening – a pleasant distraction from the Florida heat, and student essays on the film American Beauty – nice enough, but after the 23rd iteration, one comes to appreciate the midlife crise of Lester Burnham as something more like a guide than a cautionary tale.