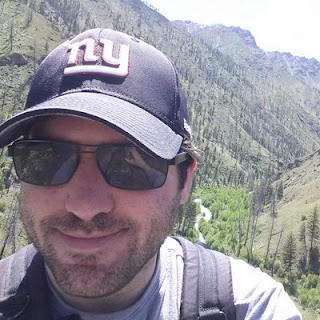 Shawn Rubenfeld is the author of the new novel The Eggplant Curse and the Warp Zone. His work has appeared in a variety of publications, including Permafrost and The Madison Review. He is a lecturer in the English department at the University of Nebraska-Lincoln, and he lives in Omaha.

Q: How did you come up with the idea for The Eggplant Curse and the Warp Zone?

A: Like much of my work, the novel started with voice. I was between projects, having finally abandoned a novel I had been trying to complete for a few years. I was also struggling very much with mental health and, like my protagonist, I was collecting and playing retro video games.

One day, while my wife was working a 12-hour shift, I woke up with this voice in my head--which would soon become Joshua’s--and sat down to see where I might take it.

By the time she came home that night, I had the first chapter written. It was quite rough, but all first drafts are.

Broadly, the narrative arc does mirror some of my own experiences, as, in addition to the game collecting, I’m also a New York transplant living in the Midwest and I teach at a summer program that resembles the boarding school in the novel.

It was really fun to pull from some of these experiences, but to also think about the ways identity might be constructed, especially for one so absorbed in the virtual world that they become fractured from the real one. 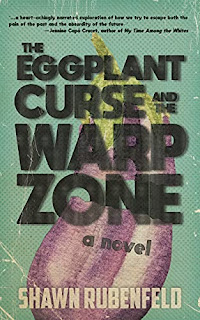 A: I thought I knew how the novel would end and felt confident for a while writing toward that ending. However, the actual ending bears no resemblance to the original one, which had survived many drafts.

I was fortunate to work with grad students in a publishing seminar taught by Laura Stanfill at Portland State who, through a program with my publisher,  provided developmental edit letters of the manuscript-in-progress. The consensus even then was that the ending didn’t work.

Then, with my own editor’s guidance (the great Leland Cheuk of 7.13 Books), I rewrote the ending from scratch, and I’m glad that I did.

A: The most compelling aspect of the project for me was thinking about retro video games and nostalgia and the nature of collecting and so I wanted a title that reflected that.

Titles can be really difficult, but this one found me quite quickly. I liked the title so much that having it at the top of the document so early helped motivate me to finish the book.

To me, the title signifies a few things. When you use a warp zone, for example, you travel to a new place, a new world. But you also skip over something to get there. It’s like cheating.

This always seemed apt for Joshua and his sometimes comical lack of dexterity (which he comes to attribute to the eggplant curse, another gaming reference).

As a whole, the title speaks to his character in deeper ways, but it also establishes the book’s tone, which is playful and (hopefully) funny. It doesn’t always take itself too seriously.

A: Writing isn’t always fun, but I really enjoyed writing this book and so I hope that readers can feel that and enjoy reading it.

There are some moments of dry humor that I hope land but there are also bigger statements made on fandom and mental health and community and grief that I hope resonate.

A: I just put the finishing touches on a story collection that was sourced from my dissertation.

Tonally the stories represent a different side of my work, as a handful of the stories were influenced by research trips to Holocaust sites throughout Eastern Europe (Ukraine, Belarus, Lithuania, Latvia, Poland, etc). I feel closely connected to the work and I hope it finds a home soon.

And, because a writer can never stop writing, I am also working on a new novel, which is closer thematically to the aforementioned stories than it is to The Eggplant Curse and the Warp Zone.

A: Just that I hope the book reaches a wide audience and that readers keep supporting debut authors and indy presses like 7.13, which has been putting some truly incredible books into the world. I’m really thrilled to be part of their catalog.