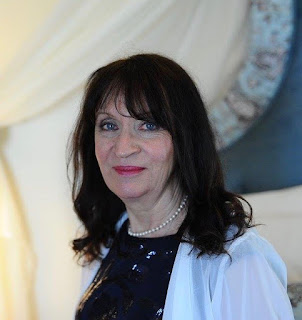 Patry Francis is the author of the new novel All the Children Are Home. Her other books include The Orphans of Race Point. She lives in Massachusetts.

Q: What inspired you to write All the Children Are Home, and to create the Moscatelli family?

A: I was inspired by  my former husband who, like [my character] Agnes, cycled through a series of foster homes, knowing little about his indigenous heritage or his past until he became part of a caring family at the age of six.

Though the Moscatellis are fictional and this is not his story, the love, the challenges, and the bravery at its heart, is taken from life.

All too often we hear about the tragedies that occur when the foster system fails.

Those abuses impact my characters as well, but I also wanted to shine a light on the good foster parents--those who welcome society's most wounded children into their homes and raise them as their own--and on the resilience and plain courage such children need to survive.

As part of my research, I interviewed a former supervisor from the Department of Children and Families. She told me about "Margaret," a retired foster mother who had taken in 19 children over the years.

In the early days of the AIDS epidemic when there was little knowledge and much fear surrounding the virus, the department was having trouble finding a home for a newborn who tested positive.

Margaret was older by then, but as soon as she heard about the abandoned baby, she went to the hospital and took her home where she cared for her for the rest of the girl's life. 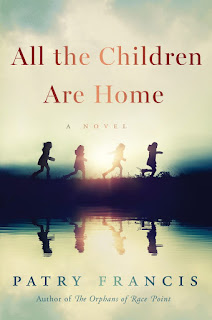 In Dahlia and Louie Moscatelli, I wanted to create heroes like that--ordinary and all too human, but ones for whom love, particularly the love for children, always outweighs fear.

Q: You tell the story from several characters' perspectives. Did you write the book in the order in which it appears, or did you focus more on one character before turning to the others?

A: Initially, I intended to focus on Agnes, but after repeated attempts to find the right entry point to the story, I discovered that this wasn't  the tale of an individual; it was the story of a family and that each member needed to be heard.

As they stepped up to speak their truth, I came to love them all  so much that I could never  choose a favorite or even say who was the main character. Each narrator picks up a thread and carries the story forward in his or her own unique voice. As a writer, my job was simply to follow.

A: I originally titled the novel The Fabulous Migration of Souls, which is how Dahlia describes her growing and mysterious sense that each of these children had come to her for a purpose.

However, the team at HarperCollins felt we needed something that was more directly descriptive, and I agreed. In the end, it was my agent who came up with All the Children Are Home, which conveys the same theme in a more down-to-earth way.

Q: The book is set in a small Massachusetts town--how important is setting to you in your writing?

A: Setting, which for me includes both the era and the place, is extremely important in this novel.

In a time when working class people like the Moscatellis had few opportunities to travel, mothers were often at home, and children were always in the streets, the tight ethnic neighborhoods were their world.

For good and for ill, it was often a narrow world where neighbors knew and supported one another in many ways, but where transgressions were not easily forgotten.

A: I am currently enjoying the company of the Moscatellis once again as I work on a sequel!

A: Just how grateful I am for bloggers like you who do so much to call attention to new works of fiction! Thank you so much for this opportunity.