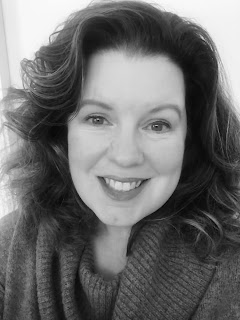 Kimberly Hess is the author of the new book A Lesser Mortal: The Unexpected Life of Sarah B. Cochran. Known as the Coal Queen, Cochran lived from 1857-1936. Hess has worked in the corporate world, and her writing has appeared on various websites, including Thrive Global. She lives in New Jersey.

Q: Sarah B. Cochran was your great-great-grandmother's cousin. How did you first learn about her, and at what point did you decide to write this book?

A: I don’t remember a time when I didn’t know of Sarah.

The earliest discussion I can recall was when I was about 3 or 4 years old and my parents were explaining the stroke that my great-grandmother had experienced before I was born. They explained how she had to learn to walk again, but that when she was younger she played basketball in college.

That was when I learned that Sarah B. Cochran financed my great-grandmother’s education.

A: The research is really about the material itself and the management of all the correspondence and materials. While I came into my research with an outline and a perspective, I found that every door I opened seemed to open other doors.

So, while I had set certain parameters at the beginning, I also had to decide when to not pursue certain new research threads. Because I chose not to conduct oral history interviews, historic newspapers, journals, and mining reports were probably the largest part of the research.

Because there isn’t an archive of Sarah’s papers (if she had any), I contacted organizations connected to either Sarah or her immediate family to see what information they had about her.

When archivists were involved at those organizations, they could also provide suggestions for further reading and research, so this was a case where every door opened another door. I was able to get copies of certain deeds, wills, and census records, and I was in touch with local historical societies and libraries.

I also reached out to organizations that were known to have specific items about people who interacted with Sarah, like Anna Howard Shaw’s diary at the Schlesinger Library at Harvard. 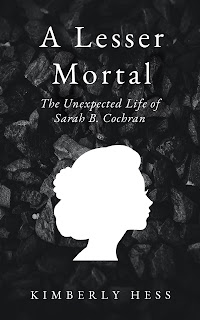 Because I knew the Women’s Philanthropy Institute at Indiana University Lilly Family School of Philanthropy through LinkedIn, I reached out to them for information about women’s philanthropy in history.

I also spoke with several historians for advice or insights and went back to some of the books I had read about suffrage and women’s history for background.

While I included some genealogical research, that was research that I had done years ago for myself, so I don’t really include that in the book’s research.

As far as surprises go, I began to find pockets of knowledge about Sarah outside of southwestern Pennsylvania. There were parts of her story in places, but not necessarily the entire story.

I didn’t grow up knowing that Sarah maintained connections with her son’s fraternity or that she was a trustee of American University or Beaver College.

In pursuing the fraternity connection, I was amazed when I read the transcription of her letter to the West Virginia Alpha Chapter of Phi Kappa Psi. It was a treasure trove of information, and especially helpful because there seem to be few papers written by Sarah.

This explained why she became a philanthropist and how it helped her overcome the loss of her husband and son.

Sarah’s connection to the Pennsylvania State Sabbath School Association, and a possible connection to H.J. Heinz, was something I found in a roundabout way.

I was trying to research her connection to Heinz because he was reportedly a lunch guest when she hosted the world’s Methodist bishops at her home. His biography discussed his work with the Pennsylvania State Sabbath School Association, and I remembered having my great-grandmother’s PSSSA certificate in my genealogy files.

Assuming that Sarah might have been part of that organization since she built the church where my great-grandmother would have taught Sunday school, I located PSSSA’s records at the Historical Society of Pennsylvania. HSP was able to confirm that Sarah was a sponsor of an international Sunday School Exposition in Rome in 1907. I had never heard of that before.

Q: What do you think her life says about the role of women in business and philanthropy during her lifetime?

A: I think Sarah’s life showed that women didn’t have a place in business at that time in history, and particularly not in her industry. But philanthropy seemed to offer an acceptable place and agency for women to create her own paths.

Interestingly, some of Sarah’s philanthropic efforts demonstrated that women needed to be philanthropists in order to get the same rights that many men already enjoyed by virtue of their sex. It’s fascinating to consider the ways in which women’s acceptance in business and women’s philanthropic activity is the same or different from when Sarah was at work.

A: I think Sarah has several kinds of legacies.

One is in the built environment, given the structures that she built in western Pennsylvania and Ohio and the presence of two of those on the National Register of Historic Places.

She also has a legacy of leadership as a pioneer or a “first” or “only.” For example, at Allegheny College she was the first female trustee.

Through her educational philanthropy, a number of people – some of whom aren’t even aware of it – are part of another type of her legacy. She improved educational experiences for people who were already in college and expanded access for some who might not have been able to afford it.

In the latter case, Sarah’s investment in an individual’s education made education an expectation for the following generations.

A: I hope the book opens the door for additional research on Sarah and for her inclusion in historical research. I also don’t think her story is complete because it’s possible that she was active in places I haven’t located.

She’s also not the only person with a fascinating story who’s been left out of the larger historical narrative. I think that if someone is considering writing about an obscure historical figure, it’s important to think about the time and research that go into the project, as well as what unique perspective you can bring to the story.

In my case, I specialized in industrial organization in my undergraduate economics degree, and that helped me to analyze the coal and coke industries. I had genealogical information because I’d been researching my own family history since the 1980s, and I was aware of my great-grandmother’s connection to Sarah.

My business career made me curious about aspects of Sarah’s business career, and the work I did with nonprofit boards and organizations related to women’s education, historic sites, and advancement all informed my perspective on Sarah’s story. For someone else, all of the variables might be different.