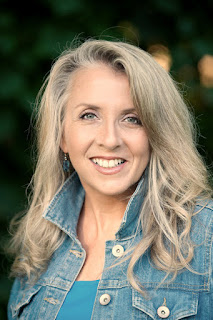 Ellen Meister is the author of the new novel The Rooftop Party. Her other novels include Love Sold Separately. Her work has appeared in a variety of publications, including The New York Times.

Q: Did you plan from the start to write a sequel to Love Sold Separately and bring back your character Dana?

A: I did! I knew from the moment I imagined Dana—with her quick wit, laser-like eye for detail, and near-obsession with self-sabotage—that I would want to hang out with her for at least a couple of books.

Q: How do you think Dana's changed from one book to the next?

A: Despite her ambition, Dana had a history of shooting herself in the foot. And in Love Sold Separately, she very nearly derails her career as a Shopping Channel host.

By the time the story begins in The Rooftop Party, Dana has settled into her success. She’s good at what she does and she knows it.

The problem that still plagues her, though, is what comes next. By the end of the story, she has a big decision to make. 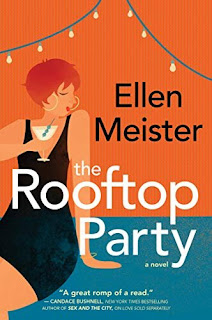 Q: What was the inspiration for your character Ivan Dennison?

A: Ah! The big question. To be frank, while writing this book I was wrapped up in the drama of the Kavanaugh hearings, horrified that such a man was put on the Supreme Court. And right in the thick of the #MeToo movement.

It was traumatic. Like a lot of women, I was filled with rage and despair. And worst of all, powerlessness.

So I reimagined a version of this man who was really an amalgam of the movement’s most heinous villains—including Harvey Weinstein and Bill Cosby. Then I pushed him off a roof. It didn’t solve the world’s problems, but it was cathartic!

Q: The Kirkus Review of the book calls it "Perfect for readers who like their mysteries light on the murder but heavy on the humor." What do you think of that assessment and do you have other humorous mystery novels to recommend?

A: They also called it fun, laughworthy, and entertaining! And another reviewer recently called it “ridiculously enjoyable.” I’m thrilled with all of that, because I intended this book as an escape. God knows we’ve been through enough trauma in recent history. I think it’s time for a laugh, don’t you?

If readers are looking for other novels that blend mystery, humor, and relationships, I recommend Jennifer Weiner’s Big Summer.

A: Something truly subversive! I’m calling it a dark domestic comedy, and I’m having a lot of fun with it. That’s all I can say about it at the moment, but if folks want news about my books, they can sign up for my newsletter at https://ellenmeister.com/newsletter.

A: I love connecting with readers, so if anyone wants to reach me—through email or social media—I hope they feel free to do so! They can find links at ellenmeister.com.