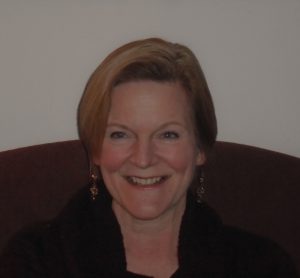 Diane Zahler is the author of Daughter of the White Rose, a new middle grade historical novel for kids. It takes place in 15th century England. Her other books include The Marvelwood Magicians. She lives in New York's Harlem Valley.

Q: What inspired you to write Daughter of the White Rose, and how did you create your character Nell?

A: I was inspired by the true story of the princes in the Tower -- the two sons of Edward IV who were put in the Tower of London by their uncle Richard III and never seen again.

And by a description of Edward IV's queen, Elizabeth, who during her journey into sanctuary in Westminster was approached by a butcher, John Gould. He asked the queen what meats she would need while in sanctuary -- and as a result of his loyalty, he was made a royal butcher.

I loved that true story. I invented a daughter for this butcher, Nell, and she's the main character in my book.

A: I did a TON of research. I love research. I tend to write until I come to an event or a detail that I need to know more about, and then I dive into research.

My attempt to find out if the streets of Westminster were paved in 1483, for example, took up days. Locating accurate maps of the Tower of London and Westminster at the time was really labor-intensive.

Even tiny details like what color nuns' habits could be or what kind of fish swam in the palace pools fascinated me. The fact that there WERE palace pools full of fish that were eaten for royal dinners surprised me! 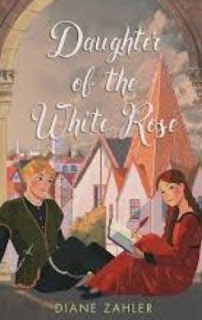 But maybe the most surprising of my research finds was that people would actually go out and watch real-life battles -- battles with swords and horses and blood and death --  as if they were at a picnic or a play. I'm pretty sure they did this at the Battle of Bosworth Field, and they certainly did in my novel.

It struck me as such a bizarre idea -- but maybe not so strange, when you consider what people like to watch on TV or in the movies.

I also love the excuse to travel that writing historical fiction gives me. I HAD to see what the Great Hall of Westminster (the only part of the palace still standing) looked like, and the Abbey, and the Tower. How better to visualize and describe settings than to have seen them yourself?

Travel has always been a huge part of my writing. Even my fantasy novels are based in part on real places that I've visited.

A: I tried to keep as much to the actual history as I could. I took real characters, like the royal family, John Gould the butcher, and the printer William Caxton, and created lives and events and dialogue for them.

But -- no spoilers! -- since no one knows for sure what happened to the princes in the Tower that summer of 1483, I felt free to come to my own conclusions about their fates. And many of my characters, from Nell and her brother Toby to Jacob the printer's devil and the nuns who take Nell in, are invented.

So my blend was fiction based on history -- fiction that I thought COULD have happened, based on what I learned about the times and events.

A: Nell's experiences are unusual for a girl of her time -- she learns to read and write, she befriends royalty. But I hope her courage, individuality, and personal growth are universal.

I'd like readers to look at her and say, At any time, it's possible to act bravely and to use your experience, including your suffering and pain, to come to a greater understanding of the world and your place in it.

A: I am revising a story called Goblin Market that will be published in summer 2022. It's a fantasy story about two sisters and what happens when the elder falls under a deadly enchantment cast by goblins who sell their bewitching wares at the local market.

It's based on the Christina Rossetti poem of the same name. It's creepy and magical -- very different from Daughter of the White Rose!

A: Daughter of the White Rose was one of the first books I ever wrote. I began it decades ago. I was a history major in college and was always fascinated by medieval history, and the story of the two princes in the Tower especially grabbed me.

I rewrote the story a half dozen times at least and gave up on it at least that often. But I always brought it out again; it just wouldn't let go of me. Finally I found an agent who loved it, and she found an editor who loved it. And the rest is...history.

You can find me at www.dianezahler.com!