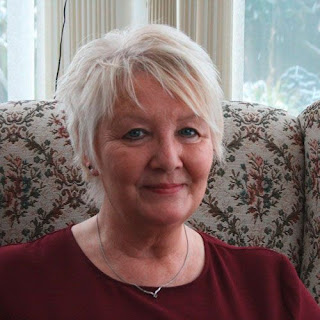 Glynis Peters is the author of the new historical novel The Forgotten Orphan, which is set during World War II. Her other books include The Secret Orphan. She lives in Dovercourt-Harwich, UK.

Q: What inspired you to write The Forgotten Orphan, and how did you create your character Maisie?

A: After writing two other novels about orphaned young women struggling during World War II, I got to thinking about those in orphanages during the war and wondered what happened to them.

Maisie came about after seeing an online image of several redheaded girls, and they were pretty with varying stages of attractive hair.

Again, I thought about Maisie and of the ugly duckling syndrome some girls go through before the swan emerges, and as this added another struggle to poor Maisie’s already hard life, I just had to write it into the story.

I then wondered about my father and of how he was evacuated away aged 6, from eight of his 10 siblings. Of how torn apart he must have felt, so I decided to add a twin into the mix for Maisie, and then send him away.

When writing the book I also drew upon emotions from my days as a registered nurse, which I used in the poetry Maisie uses to express her feelings. 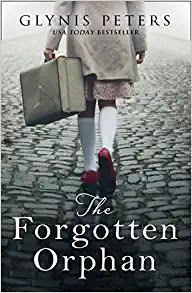 A: I researched Southampton for orphanages during the 1940s and came across the one in Shirley Warren. I then realised it was the original town of an old friend - my first true fan outside of my family, when I produced my first poetry book in Cyprus.

Sadly, she passed away but her daughter confirmed it was her birthplace, so I just had to use that orphanage.

I was extremely surprised by how many Canadian soldiers lost their lives on Juno Beach. I knew the huge sacrifices of many other countries who worked alongside each other during the war, but hadn’t realised quite how many Canadians died in that particular battle.

A: My characters never play fair! I can plan forever, but they will alter the path of the story every step of the way and leave me with huge challenges. I start with a title and character, with an inkling of how I want it all to end, but it rarely happens.

Q: What do you hope readers take away from Maisie's story?

A: A sense of togetherness during a dreadful time - much like we’re experiencing with the pandemic. Of hope and love during a time of loss and separation. And of how we should be proud of every achievement in life, no matter how small.

A: Ah, I’m working on a story about Kitty, a Red Cross nurse - an adult orphan coping during World War II with different emotional challenges. This is part of a saga series, a new challenge for me.

A: When The Forgotten Orphan came out, I had a lovely email from an 80-year-old lady who said she guessed the orphanage I’d set my novel around was the one she was left at when she was a young girl. She shared with me her sad story.


Another lady from Canada, wrote to me to say she’d an uncle in the UK who’d been a resident of the same orphanage and she recognised the town he’d often mentioned.

What was wonderful about this story is the lady who made contact has no idea why she was drawn to the book in the first place as she is dyslexic. She said she has never managed to read a book before reading The Forgotten Orphan, and she was thrilled to be able to contact her uncle to share the story!

Her email touched me deeply. He is 90, and was delighted to hear someone had written a story set in a place he thought other folk would never bother about.