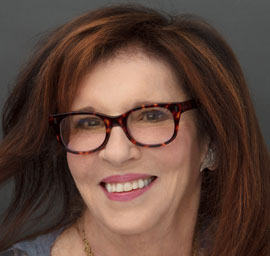 Loren Stephens is the author of the new novel All Sorrows Can Be Borne, which is based on the story of her husband's family. Stephens's work has appeared in a variety of publications, including the Los Angeles Times, and she is the president of Write Wisdom and Provenance Press, a ghostwriting company. She is based in Los Angeles.

Q: In the acknowledgments for All Sorrows Can Be Borne, you thank your husband for permitting you to tell this story. How much of the book was based on his experiences, and why did you decide to write it as a novel rather than nonfiction?

A: Much of the story occurred before my husband was born. The story’s two main characters are his birth mother, Noriko (her character’s name, not her real name), and his father, Ichiro, who meet as young adults at a tearoom in the Namba section of Osaka after World War II.

I learned of his mother’s history, which included living through the bombing of Hiroshima, by interviewing her directly. That was a challenge because she speaks no English and I speak no Japanese.

When I visited her in Osaka I was accompanied by my husband’s adoptive mother who was born in Osaka and, of course, speaks fluent Japanese. She served as our translator, which was wonderful because everyone felt comfortable in revealing many parts of the story that had never been discussed.

My husband’s birth father died prematurely, and my husband has no memory of him except for what he has heard from others. There were many missing pieces to the story, and I realized that I needed to rely upon my imagination to create a narrative that made sense and was compelling.

At the end of the day, the distinction between fiction and nonfiction is always somewhat blurred because memory is tricky and selective.

In any case, the whole quote is: “All sorrows can be borne if you can tell it in a story.” I like to think that it was Isak Dinesen who said it since she is best known as an author of memoir and fiction and is a very romantic and noble personality.

Whenever someone repeats a story and better yet writes it down, it loses its hold. The teller derives some agency over events, and as time goes by, whatever tragedy has befallen someone, it is somewhat mitigated.

I have incorporated some challenges in my own life into my stories, essays and even in this novel.

For example, when Noriko auditions for entry into the Takarazaka Theater Academy and is rejected, I used one of the most painful audition experiences in my own life. I was trying out for a part in a cabaret. I even sang the song Noriko sings in that scene, “Autumn Leaves.”

I had a marvelous time writing that scene, although when I experienced the rejection by a director, it was devastating at the time. She said that I sounded like a croaking frog. I can laugh about it now, having written an essay about it and now as a fictional scene in All Sorrows Can Be Borne. 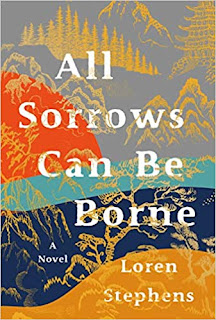 Q: Did you have to do much research to write the book, and if so, did you learn anything that especially surprised you?

A: In addition to interviewing my husband’s birth mother in Osaka, I interviewed his adoptive father and mother who lived in Vernal, Utah, and also my husband, especially about his reunion with his mother while he was in the Navy stationed in Japan.

I did a lot of research, mainly historical, about U.S.-Japanese relations before, during and after World War II and the Korean War; information about Ambassador Edwin Reischauer who was appointed by President Kennedy as Ambassador to Japan and who makes a brief “appearance” in the novel; and information about U.S. Japanese immigration policies because my husband was sent from Japan to live in the United States.

It was a complicated and difficult process and required the intervention of Congressman Jim Battin of Montana. A private bill was introduced in Congress with my husband’s name on it, and it was signed by President Kennedy.

I learned all this through my husband’s adoptive father, who engineered my husband’s immigration to the United States during a time when very few Japanese were allowed in. There was a quota of just over 200 people a year in 1963/64.

I also looked at numerous documentaries about the bombing of Hiroshima. Seeing the images of the bomb victims was truly shocking and makes one wonder how that could have come about, and how the United States and Japan became friends after the devastation.

In terms of surprises, my husband’s birth mother shared a letter from his birth father which revealed something about their life together that was unknown even to my husband.

I incorporated the letter into my novel. I felt very honored to have been allowed to see it since Noriko (a stand-in for my husband’s birth mother) had never shared it with anyone before.

When I asked her how she felt about reading it to us she said she felt much better and that a burden had been lifted from her shoulders, which harkens back to the title of the book.

A: First and foremost, my hope is that the emotions of the characters touch readers.

That is always the hardest part in writing a book – to communicate feelings, which are the universal aspect of any story: whether it is sadness, sorrow, joy, regret, happiness, or indifference.

I started with the question, “How could a mother give away her only child?” I hope that this novel will answer that question in a way that is believable to the reader.

A: Last year I was incredibly busy with my ghostwriting projects, and this year promises to be even more so.

I think that COVID has had a big effect on people’s psyches. If someone was thinking about writing a novel or a memoir, they realize that tempus fugit; that no one promises you tomorrow; and if you want to create something of lasting value what better way to do it than to write a book which will be available long after we have departed, whenever that might be.

I am very fortunate in having a wonderful group of client/authors with great stories to tell in a variety of fields and a great group of journalist/team members who are working with me, including my son, Josh, who is himself a journalist – he has the writing gene, and it has been a special pleasure working with him.

Under my own name, I am mulling over a possible novel/memoir – a romance in Paris and the premature death of my father and how the two are related. We’ll have to see. I have been thinking about it for quite a while, and Paris is one of my favorite cities in the world.

I’m taking French lessons via Zoom and maybe I can put it to good use to do some on-the-ground research. Who doesn’t like a romance in Paris?

A: If you want to stay in touch with me and see what’s happening with the novel once it launches, you can check out my quarterly newsletter which I post on my company website, www.writewisdom.com.

Thank you so much for this opportunity.