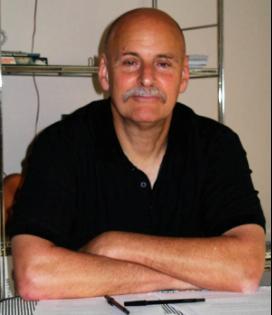 Heywood Gould is the author of the new book Drafted: A Memoir of the '60s. His other books include Fort Apache, the Bronx. A novelist, screenwriter, and director, he lives in New York City.

Q: What inspired you to write this memoir about the 1960s?

A: There had been nothing written or filmed about draft dodging in the ‘60s. Thought it might be of historical interest.

It was an intense moment. There was an explosion of promiscuity, of participatory politics, psychedelics,  pop culture. The Civil Rights struggle, the antiwar movement.

Draft dodging was desperate and at times farcical. Definitely good material for an entertaining book. 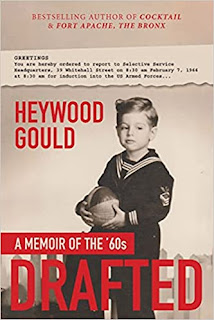 Q: You've noted that the memoir began as a film script and then you considered writing it as a novel. What were some of the reasons you chose the project's current form?

A: Myopic movie executives didn't see the potential in a screwball comedy built around a bankable young star (TBD). Then I realized that I had more to say about the period than could ever be said in a movie.

Q: Did you need to do any research to recreate the time you write about, or did you remember most of the details?

A: I went back and checked my memories for accuracy. Tried to keep everything from my POV.

A: A feeling for the time, the change in sensibility. An appreciation of the personalities. Some historical info they hadn't been aware of that might change their perception of the period.

A: My next project is called How Not To Be a Cancer Patient and it’s about my 20-year struggle with non-Hodgkin’s lymphoma.