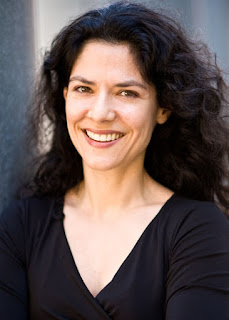 Yxta Maya Murray is the author of the new story collection The World Doesn't Work That Way, but It Could. Her other books include the forthcoming novel Art Is Everything. She is the David P. Leonard Professor of Law at Loyola Law School.

Q: Over how long a period did you write the stories in The World Doesn't Work That Way, but It Could?

A: In the fall of 2019, I began to study the career of Scott Pruitt, the former administrator of the Environmental Protection Agency, who was forced to step down on July 6, 2018. His combination of kleptomania and frightening environmental protection rollback stunned me, and I wanted to make sure that I had all the facts and wasn’t just reacting to Twitter feeds and rumors.

When I finished compiling a dossier on his activities, I thought that I would write a law review article about administrative law and corruption (I am a law professor), because I had been able to track in news reports and FOIA-disclosed internal documents how Pruitt had fattened up his security detail in an unprecedented way; taken overseas trips with lobbyists, which looked like vacations; ordered an expensive soundproof phone booth; requested a bulletproof desk; rented a condominium at a deeply discounted rate from a person in the energy industry; and appeared to be cozy with Dow Chemical.

This last fact became all the more alarming when it was decided by the EPA that it would not ban the dangerous pesticide chlorpyrifos, a Dow product, though it had decided to do so under the Obama administration.

Faced with this gluttony and disregard of the public welfare, I wound up writing a story titled "Acid Reign". The tale is about a Latinx EPA lawyer who is tasked with the job of writing the order denying a real-world petition to ban chlorpyrifos. She finds this task unendurable because of her own history with cancer and her farmer family’s exposure to the toxin. 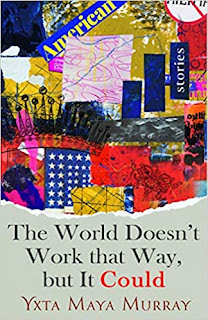 I worked to get inside of the heads of career administrative lawyers in the EPA and how they would be dealing with the trauma of working within a government that had abandoned its responsibility as a guardian of the people.

This story then seeded other stories, and I began to write around the legal and norm breakdowns that this country has witnessed since the election in 2016. In the summer of 2019, I arrived at a residency at Ucross, in Wyoming, and I dedicated the next month to the writing of the book. It progressed very quickly.

Q: The stories are prefaced by quotations from publications, often dealing with news relating to the Trump administration and the repercussions from its actions. How did you come up with the book's structure?

A: Based on my experience with compiling the background facts for Acid Reign, I began to sift through the news and legal cases and legal scholarship for other sites of legal and social trauma associated with the Trump administration.

The stories in The World Doesn’t Work That Way, but It Could began as a kind of trial that indicts and condemns the current administration for its offenses against the people, but as it is literature, it also blossomed into more ambiguous narratives about how we as a community can be harmed and even felled in a political system where overt racism and disregard for the vulnerable are the order of the day.

Everyone in my book is trying their best to be a good person and do the right thing, but they are often faced with such a limited set of options that they wind up failing.

I showed these cascades of horribles by focusing each story on one political catastrophe -- Trump’s anti-Latinx rhetoric, where he described Mexican men as “rapists;” the relaxation of rules on drilling and fracking; the family separation orders; the retrenchment of anti-choice laws prohibiting abortion; the abysmal performance of FEMA in Puerto Rico -- and then showed how the problems in our society right now stem not only from government malfeasance but also on account of the psychological corrosion and exhaustion that it imposes.

A: The book is organized in chronological time, marking one trauma as it bleeds into another. It begins with Trump’s assertion in June of 2015 that Mexicans were “rapists,” and proceeds from there, to the tragedy of Hurricane Maria in 2017 and onwards.

A: As reviewers have often noted, this book of stories does not always reach out a comforting hand to the reader. It lays out, as I believe it should, the catastrophic effects of the Trump presidency, which include a general lowering of moral and ethical standards and a kind of psychic exhaustion in the face of continuing atrocities.

But there are moments when I bend forward to give some love and some hope. The last story in the novel, from where the book gets its title, is based on an experience that I had tutoring in a Los Angeles shelter for queer unhoused youth, and found that my sometimes despairing outlook could be freshened by the strength and optimism of my tutees.

The world does not seem to work that way right now but it could, and I believe that someday it will.

A: In January, I am coming out with a novel from Triquarterly Books about a queer Chicana performance artist who stops making art on account of poverty and sexual assault, but slowly remakes herself into an arts writer. It is titled Art Is Everything.

I am also working on a book about a real-life radionuclide contamination that occurred in the 1950s in Simi Valley, California, and has never been effectively cleaned up.