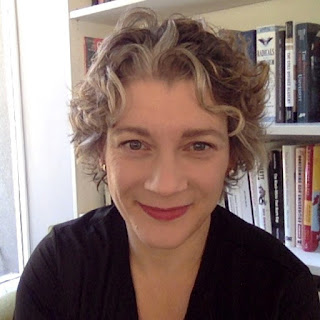 Stephanie Muravchik is the author, with Jon A. Shields, of the new book Trump's Democrats. She also has written American Protestantism in the Age of Psychology. She is an associate fellow at the Institute for Advanced Studies in Culture at the University of Virginia.

Q: Why did you and Jon Shields decide to write this book, and how did you choose the three communities you wrote about?

A: This book was hatched in the days after the unexpected result of the 2016 election. Our surprise deepened as we discovered that Trump's victory had relied in part on his ability to "flip" hundreds of counties that had voted twice for Obama--scores of which had been Democratic strongholds for decades. Many hadn't voted for the presidential Republican candidate since Reagan in 1984 or Nixon in 1972.

Such past breaks from Democratic support, however, make more sense since these were landslide elections. Not only was 2016 not a Republican landslide, Trump lost the popular vote. Yet he managed to win some of the most loyal Democratic communities in the nation.

One county, in fact, had never voted for a Republican president since it was formed in the 19th century, quite possibly the longest record of party loyalty of any polity in the western world.

Thus, we wanted to make sense of this divide that had ruptured blue America and we were suspicious of the prevailing social scientific explanations, most of which assumed that something must be psychologically wrong with Trump voters.

Rather than assume that they were simply authoritarians or suffering from status anxiety and racism, we wondered if deeper cultural differences might help explain why Democrats in our leafy college town abhor Trump, while those in the places we wanted to study adore him. 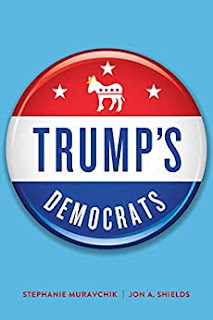 To understand their culture we needed to leave our Democratic bubble and live in their communities. So we went to three such Democratic strongholds: Johnston, R.I., a relatively comfortable suburban town adjacent to Providence; Ottumwa, a small city in Southeast Iowa hit hard by deindustrialization; and Elliott County, a tiny patch of Appalachian Kentucky and one of the nation's poorest counties.

They differ in terms of population density, geography and region, economic base and vitality, and ethnic/racial demographics. We interviewed almost 100 residents from all sectors of society and we lived among them, which gave us an opportunity to observe people in their daily lives.

Q: In the book, you describe the differences between national and local political norms. What are some of the more important differences?

All three places had histories of popular local elected officials who are very "Trumpian." They were often thin-skinned, combative, nepotistic, and macho because they follow the dictates of local "honor cultures" that prevail in many working-class environments.

In honor cultures, people--especially men--must defend their reputation for toughness against any assaults or even insults; otherwise they risk being seen as weak and losing status.

One example of how honor culture plays out in local politics was captured by Rhode Island state representative Stephen Ucci. Sometimes he told us he meets constituents he “can’t back down from” without losing their “respect.”

During one such encounter, Ucci recalled sitting in a local coffee shop after church. He explained, “This guy comes running in, screaming at me” about odors coming from the state landfill in Johnston. “He screams at me, ‘You’re killing my family!’ I’ve been in office for one year. So, I tell him, ‘Get outside!’ I get in the parking lot and I just lay into him, ‘Why are you doing this on a Sunday? . . . You know that if you call [me tomorrow], I’ll find out [what the problem is]! Don’t you ever come in here!’ . . . I think that’s what people respect in this town.”

This is not the way politicians generally act on the national stage, of course. But it shapes the way Democratic Trump voters understand some of the president's rhetoric, as when he famously said at a February 2016 rally in Iowa, "So if you see somebody getting ready to throw a tomato, knock the crap out of them, would you?"

This belligerent posture appeals to a voter like Dennis, a union member who spent years carving up hogs at a meatpacking plant in Ottumwa. Dennis enthused, Trump is "a really strong person, I could see that [in the 2016 campaign]. And he’s not going to be bullied by anybody. We’ve lacked this. This country has just been weak. And when he spoke to you it brought power back.”

It’s important not to reduce Trump’s appeal here to mere rhetoric. Citizens like Dennis have a genuine sense of social and class proximity to Trump because he seems like someone from his neighborhood. It’s a sort of class-based identity politics.

A second way in which popular local elected officials are very "Trumpian" has to do with the kind of politics they practice. Trump copies the style of an old-time Democratic machine party boss.

This style of politics disappeared from America's big cities over the past 75 years, but it remained vital in more out-of-the-way towns and counties. Bosses cultivate relationships with voters based on doing personal favors for constituents in exchange for their political loyalty.

Blair ran Elliott County for about 30 years. Back in the 1970s and ‘80s, he could do all kinds of favors, including getting people jobs. But he couldn't keep that up. So toward the end of his time in office, one of the most common ways he helped voters was by providing a load of gravel at county expense.

The federal government cracked down on this in 2011 by bringing Blair up on federal charges in what they called a vote-for-gravel scheme. At the national level, such arrangements are considered corruption.

But a number of Elliott County voters we talked to were mystified by the charges. They saw the provision of public gravel as a welcome and natural form of assistance, even if done to curry favor with voters.

One local woman, struggling to raise her grandson on limited means, reacted with bewildered disgust that the federal government indicted Blair for doing this: “If the county isn’t helping you with your gravel and your road, what’s it doing?!” Another retorted, “At least when [Blair] was in, if you needed a load of gravel, you could get one.”

Trump mimics this style of politics. It helps convey to voters a vivid sense that he is trying to fight for them, even when he doesn’t deliver. One recent example is his insistence on having stimulus checks and notices go out under his signature, as if the money were somehow coming personally from him.

Q: What impact do you think the Covid pandemic has had on the Trump Democrats you write about?

A: The areas we researched are especially vulnerable to Covid, especially as the voters there skew older, lower income, and sicker. Rhode Island has been very hard hit. Iowa and Kentucky have done better than the national average, but Elliott County is in the tier of Kentucky counties where cases are rising fastest.

This is a situation in which Trump cannot and has not acted as the kind of protector that the role of the local boss requires. This may have helped lead to the softening of support for Trump among white, working-class voters that pollsters have seen in recent months.

Q: What do you see looking ahead, beyond this year's election, when it comes to the voters you've studied?

A: Both parties will have to decide if they want to appeal to these voters--and how they can do it without violating national political norms (as Trump has). The Democrats might decide to let these areas go for good, but if they truly want to be the party of America's working class, they can't simply neglect them. And these voters remain sympathetic to Democrats' goals when it comes to many economic issues.

Meanwhile, many Republicans are busy trying to envision a post-Trump future. The voters we talked to are much more enthusiastic about Trump than about the GOP. If they want to retain and turn out these voters, Republicans will probably need to offer them something different than libertarianism and free trade, which these voters have little use for.

Both parties will have to consider that all voters are looking for cues about social identity as much as specific policies, and these voters find such cues in Trump's adoption of local political norms. It's a style that gives them a sense of similarity to the candidate and trust that he is on their side. As one voter said to us, Trump is a rich person but he's "a regular rich person."

A: Like millions of other Americans, we're on the edge of our seats. So we're still pretty absorbed in watching this play out. We are curious about what these voters will do in this election and in how the parties respond.