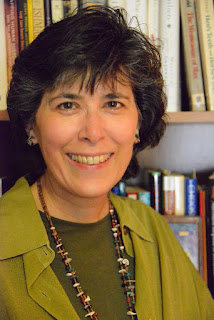 Rhonda Lynn Rucker is the author of the young adult historical novel Welcome to Bombingham, which focuses on the civil rights movement in Birmingham, Alabama. She also has written the books Make a Change and Swing Low, Sweet Harriet.

Q: How did you come up with the idea for Welcome to Bombingham, and for your character Earl B.?

A: Teenagers were the heroes of the Birmingham Children’s March, so I have always thought it was an inspiring story for kids. But in writing a novel, I first needed to show how difficult and dangerous it was for African American children who lived in that time and place. A bombing was an obvious choice since those types of attacks had become commonplace.

In my research, I learned that it was often the female students who convinced the boys to march with them. For that reason, Shirley was the main character in my early drafts.

However, as often happens when writing fiction, the story took on a life of its own. I later realized that Earl B. had the better character arc—he changed more over the course of the novel. So I rewrote it with him as the main character, and I think it strengthened the story.

Q: What did you see as the right mix of history and fiction as you wrote the book? 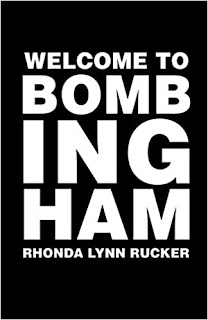 A: My main story line was fictional, and I wanted to make it strong enough to draw readers in and keep them engaged. However, the plot intersected with real people and events, and when it did, the history needed to be accurate. In other words, I didn’t want to misrepresent what actually happened. That took a lot of research, but I enjoyed that part!

Historical fiction can be a wonderful tool to teach social studies to students. When reading it myself, I find that I am constantly looking up information. Questions come up, and I always learn something. Nowadays, with the internet, it’s much easier to track down facts.

Several years ago, an elementary-level teacher told me that her school had dropped social studies from the curriculum because it wasn’t on the standardized test. That might be an exception, but history often does take a back seat to some other subjects. Therefore, it’s more important than ever to have good historical fiction for children to read—books that elicit questions so they will learn on their own.

A: With any historical fiction, I take a few months to do research before I can really begin the novel. For this one, I immersed myself in the time and place.

In Birmingham, I visited all the sites that I was considering using in the story. I toured Sixteenth Street Baptist Church, Kelly Ingram Park, the neighborhood where my main character lived, and the Birmingham Civil Rights Institute, which displayed huge photographs of the demonstrations.

I interviewed people who were in the city in 1963. As I was formulating the plot, I asked them if it was reasonable and believable. They often steered me to more sources—books, films, and other people. I asked open-ended questions, and their answers gave me more ideas.

In the Birmingham Library, I combed through old newspaper articles and other documents. And, of course, books, videos, and the internet were all helpful.

One thing that surprised me was how much infighting there was in the movement. People who might have the same goal don’t always agree about the best way to get there.

Q: What do you see as the legacy of the events you write about in the book?

A: Change was slow, and it was plagued with setbacks. But the Birmingham Children’s March eventually helped to end segregation and other racist policies in that city. The Birmingham campaign also helped propel Rev. Dr. Martin Luther King Jr. into national prominence and set the stage for the March on Washington that summer.

Moreover, it helped convince the Kennedy administration to propose legislation that was later passed as the Civil Rights Act of 1964.

A: Something completely different! It’s another historical novel, but it takes place during the Great Depression in Louisville, Kentucky, which is where I grew up. The plot was inspired by one of the traditional ballads—story songs—that came from that region.

The main character is a 16-year-old girl who wants to become a doctor. In those days, female physicians were a rare breed. In a nutshell, she runs into plenty of obstacles and gets into a heap of trouble!

A: For the past 30 years, my husband and I have performed as folk musicians and storytellers—Sparky and Rhonda Rucker. In addition to concerts, we give educational programs that blend history and music. Because of the pandemic, we are now mostly doing online events, but we also have several recordings and books for sale.

For more information, please visit our website at <www.sparkyandrhonda.com>.