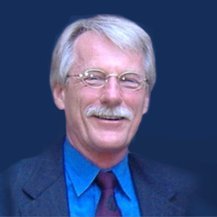 Timothy J. Smith, M.D., is the author of the new book Reversing Alzheimer's: How to Prevent Dementia and Revitalize Your Brain. A physician, brain biochemist, and neuropsychiatrist, he is based in Sebastopol, California.

Q: You dedicated your new book to your mother and to other Alzheimer's patients and their families and caregivers. Did your mother's experiences inspire you to write this book?

A: Absolutely, both in the sense of how the disease affected her and how it affected me. She died from Alzheimer’s. As a son, I was heartbroken. As a doctor, I was extremely frustrated because there was not a single effective medicine to offer her, nothing that would alter the downward course of her disease.

Today, 17 years later, we still have no drug, but now we finally have a treatment that works to prevent, slow, and even stop the progression of Alzheimer’s. If it's caught early enough, this new approach can reverse it.

Q: What would you say are some of the most common perceptions and misperceptions about Alzheimer's?

A: A common perception is fear. First, fear of dying with dementia. This is reality based because one in three persons alive today will die with dementia. (If you have a close relative with the disease, the risk goes from 33 percent up to 50 percent.) Second, fear of loss of self—the great tragedy of dementia. 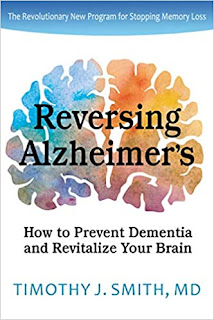 A common misperception is that Alzheimer’s is not reversible and if you get a diagnosis of Alzheimer’s, it is a death sentence. That was true until recently, but it is no longer the case: my book describes in depth the discoveries that show us that Alzheimer’s is preventable, treatable, and—when treatment is initiated in the early stages—reversible.

Q: Can you say more about the idea of reversing Alzheimer's, and what do you see looking ahead when it comes to treating the disease?

A: Alzheimer’s is absolutely reversible. Among those who follow the prevention program outlined in my book and start it before they have memory loss, 95 percent of cases of Alzheimer’s can be prevented.

If the program is begun soon after symptoms of memory loss have appeared, most people will achieve reversal. Once the disease destroys a certain amount of brain tissue, a “point of no return” is reached, and later stage disease is not reversible.

A: The book describes three exciting breakthroughs. The first is the discovery—finally, after 100 years—of how to reverse the disease. This was accomplished by a functional medicine approach in which the abnormal biomarkers that cause Alzheimer’s disease are identified through testing and then corrected with diet, supplements, and lifestyle. Reversing Alzheimer’s shows you how to do that.

The second breakthrough is the recent proof that our brains can grow new nerve cells (this is called neurogenesis) and heal damaged ones (neuroregeneration). Everyone can learn how to accelerate this healing process.

The third breakthrough is the newly emerging science of epigenetics, in which the expression of genes that support brain rejuvenation are under your control. I want readers to come away with the understanding that they are not the victims of their genes—that they can, in fact, use epigenetics to exert a huge degree of control over their genetic destiny.

I urge everyone to get started now! Test your biomarkers for Alzheimer’s and begin your individualized program to correct the abnormal results.

A: I am fascinated by how epigenetics places us in control of our genes and how simple choices we make can powerfully influence genetic expression. We are no longer victims of our genes!

Every food choice, herb, vitamin, mineral, and natural medicine I recommend in the book exerts strong influences at the epigenetic level, and science is just beginning to scratch the surface in terms of understanding how this works. Epigenetics plays key roles in gene expression and is the future of Alzheimer’s research.

A: To keep up with the rapid pace of new developments in brain science and Alzheimer’s disease, visit my website, www.timsmithmd.com.