John H. Cunningham is the author of the new novel The Last Raft, which focuses on the relationship between the U.S. and Cuba. He also has written the Buck Reilly adventure series. He lives in Virginia and Key West.

Q: How did you come up with the idea for The Last Raft, and for your cast of characters?

A: I have lived in Florida off and on since the late 1970s and have seen both sides of the passion related to the embargo, the Castro regime, and the human rights issues in Cuba. What has now been a 60+ year policy to isolate Cuba has never worked for anybody, and I envisioned a bold American president stepping up to embrace change.

The characters are intended to represent all the classes in the so-called "class-free society," including people who lost their properties to the revolution, those who benefited, and regular folk.

The characters in the American political portion of the story are a compilation of real people, real policies that have been championed, real constraints, and a leader, who could be from either party since neither has done anything to bring about a meaningful conclusion to the stalemate, who has the vision to try a new approach in order to embrace the 11 million Cuban people, prevent thousands of annual illegal immigrants in a positive manner, and secure peace for the region. 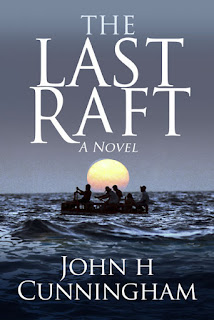 The art of the story is combining all of that into a dramatic, entertaining, and compelling story, which was fun to do.

A: I was able to get a journalistic license to visit Cuba back in 2001 and went there for several weeks to see the settings and learn more about the history from their perspective and meet the people in order to portray them accurately.

One big surprise was that they use the U.S. dollar as the main currency there and the Cuban people love Americans. I also connected with Wayne Smith from the U.S. Interests Section (the closest thing we had to an embassy in Cuba), who read an early draft of the book, liked it and felt it could be a realistic scenario.

There was also a lot of history to research, which includes the perspective of Cuban families who lost everything to the Castro regime when they nationalized all private property, land, and buildings, which led to a huge flight of people to America in the late ‘50s and early ‘60s.

Many remain bitter and seek reparation, which under the embargo will never happen, so while they, in many cases, argue against ending the embargo, it has not proven to be a good means to the end they seek.

Another surprise was that the children or grandchildren of the Cuban Americans who are most bitter toward the Cuban government are interested in change, so they can visit the land of their heritage.

A: First and foremost, the goal of the book is to entertain the reader with a story filled with all types of conflict, human tragedy combined with hope. I don't really consider it a political novel, but there are many political characters opposed to one another--even within the same parties--which tells the story of political interests dictating policy that has long been the case regarding Cuba.

Most Americans know little about Cuba because it has been a forbidden fruit for so long, but there is an amazing culture, wonderful people who have survived incredible challenges and poverty but maintained a passion for life without materialism, and there is very little racism there.

The government is a nightmare, abusive, and has tortured the citizens in so many ways. For example, Forbes estimated Fidel Castro's net worth at $900 million around the time the novel was set in 2001; meanwhile the people had little food and the majority live below the poverty level by most standards.

But that is between the lines of the hopes and dreams of the five people who leave on the raft, the difficult journey they face, which is a metaphor for the Cuban experience, and the rare American leader willing to risk everything to embrace change for the good of all people.

Q: What do you think the novel says about the relationship between the U.S. and Cuba, and what do you see looking ahead?

A: The novel portrays the entrenched, hostile, and resentful politics between Cuba and the United States, contrasted against the hope and ignorance of the people from both countries. People want change, whereas the governments use the status quo to maintain control of voting blocs and an iron fist over their people.

When there have been breaks in American policy over the years, our citizens have shown great interest in going there. And there have been a constant flow of illegal immigrants coming to America from Cuba for decades.

The Last Raft envisions what could happen if that evolved, and how so many lives could be positively impacted. If you take away the rhetoric, the people from both nations would love to engage.

A: I am currently writing the ninth book in the Buck Reilly Adventure series. Each book in the series is set in different locations around the Caribbean with scenes in Europe, Latin America, and parts of the U.S. The protagonist, Buck Reilly, lives in Key West, where I also live part of the year. Lighter reading, but the series also contains history, and a broad spectrum of diversity amongst the characters.

A: The Last Raft is written from a multiple point-of-view basis and features different female protagonists. A couple of the protagonists are on the raft, and one is in the White House. They are emblematic of not only the struggle women face in leadership positions in the United States--again, this was set in 2001--but also as the heart and soul of the Cuban struggle.