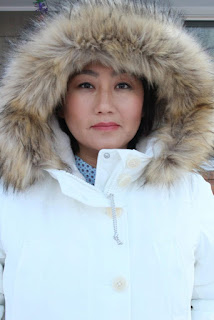 Kao Kalia Yang is the author of the new collective memoir Somewhere in the Unknown World, which focuses on the lives of refugees, and the new children's picture book The Most Beautiful Thing. A Hmong-American writer, teacher, and public speaker, she is based in Minnesota.

Q: You write, "This book is an endeavor of the heart." What were some of the reasons you decided to write Somewhere in the Unknown World?

A: Somewhere in the Unknown World is a natural extension of the work that I had already started doing; without my knowing, I had been collecting the stories of my fellow refugees, stories that I believed needed a place in the literary sphere.

I could feel the rising pressures around me with our current administration's decisions regarding immigration and refugee resettlement, the rhetoric of Nativism, and other impulses building.

There were many aging refugees who I loved and cared for, who had told me that they wanted me to remember and write down their stories. There were many young refugees around me asking poignant and impossibly challenging questions regarding their place in America.

As a refugee myself and a writer, I knew the importance of finding a home for our stories, if not our lives. I wanted to honor all these truths. In the end, the only reasons I could think of for not writing Somewhere in the Unknown World stemmed from a place of fear, not faith.

Q: The book's subtitle is "A Collective Refugee Memoir," and in addition to your own story, you tell the stories of 14 other people. How did you decide on the stories you would tell, and on the order in which they appear in the book? 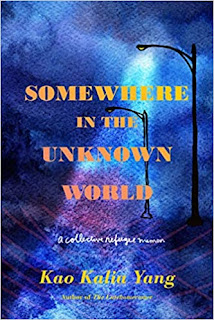 A: I made the decision at the onset that every single refugee who spoke with me, I would write their stories down. I had heard the people I love share their stories many times to scholars and writers who, in the end, chose not to include their stories in favor of other stories. I didn't want to do that.

So, I met with and wrote the 14 individuals whose stories were closest to me first, family, people in my community whose children attend the same school as my own, the receptionist at the pediatrician's office, a Lyft driver, the individuals who constituted the different parts of our community.

Once I had collected the stories, written them for accuracy sake, I allowed enough time and space to come in so that I could air out the stories and distill it to the particular threads that would amplify the bigger portrait we were making together of refugee lives here in Minnesota, around the country, around the world.

The placement of the stories was a much longer and more thoughtful process--where I weighed elements of craft, narrative momentum, and then the messaging of each story; I want my readers to begin by reading about "Other People's Children" but of course to end intimately with my own letter to my children--as both author, as a refugee, as an American, as someone like my readers.

The emotional and psychological distance that I wanted my readers to travel was carefully calibrated.

Q: How would you describe the situation for refugees in Minnesota?

A: Minnesota is the state with more refugees per capita than any other in the nation; the state is hardly in the news or headlines when there are conversations regarding refugees across the nation.

President Trump, in his recent visits, has warned that Minnesota will become a refugee camp if Vice President Joe Biden is elected. None of his recent visits have included meetings with refugees. It is a hard ask of the refugees here in Minnesota to exist as a threat and never quite as an encounter. 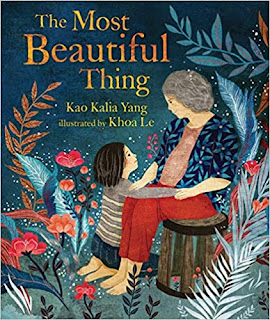 Q: You also have a new children's book out, The Most Beautiful Thing. What do you hope kids take away from that story?

A: Khoa Le, the illustrator, has produced a visually stunning work of cultural integrity and emotional clarity. As the author, I am moved by her images and swept away by them. The story itself is an intricately woven intergenerational narrative about a family living in poverty but living with tremendous love.

I hope all young kids, particularly at this moment in time when so many families find themselves with such hard circumstances, are reminded that the most valuable things in life are the things that money cannot buy.

A: Right now I am focused on a middle grade/young adult book titled The Diamond Explorer. It is a book about a family making their lives on the prairie; it is a story about a young boy who is destined to become a great shaman but all the great shamans in his life are gone. My adult agent is currently moving a proposal for me to write my mother's memoir, tentatively titled Return of the Refugee, around.

A: Yes! There will be two new books coming next year. There is life after the election. Now, more than ever before, we need to find inspiration and energy and share it with each other.