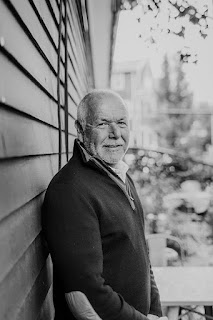 James Ross is the author of the new historical novel Hunting Teddy Roosevelt. His work has appeared in a variety of publications, including The South Dakota Review and Santa Clara Review. He lives in Wyoming.

Q: Why did you decide to focus on Teddy Roosevelt's 1909 trip to Africa in your new book?

A: Quite by accident, I ran across a blurb in a 1909 Italian newspaper which reported that a German ship carrying Roosevelt to Africa had docked in Naples where the police took off an alleged anarchist accused of attacking Roosevelt with a knife while on board.

While I was familiar with the assassination attempt on Roosevelt when he was giving a speech during the presidential campaign of 1912, I had never heard of any prior attempt on his life. As far as I know, there is no mention of the 1909 attack appears in any of the history books, nor in the many Roosevelt biographies.

Naturally, this raises a few intriguing questions, among them: (1) Was the shipboard attempt on Roosevelt’s life suppressed? And if so, by how, why and by who? 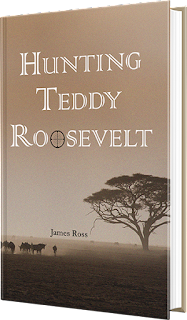 And (2) While in the last 60 years, the world has become all too familiar with assassinations of political officeholders and candidates, in 1909 the 50-year-old Roosevelt was out of power and on his way to an isolated and dangerous part of the world that might have killed him anyway. Who would want to make an attempt on his life then, and why?

Hunting Teddy Roosevelt is my attempt to answer these questions. The research and writing took four years.

Q: What kind of research did you need to do to write the novel, and is there anything that especially surprised you?

A: Roosevelt wrote an account of his 1909 safari in a series of articles for Scribner’s Magazine, later compiled into a book, African Game Trails. The action in Hunting Teddy Roosevelt adheres closely to the chronology in Roosevelt’s book, adding only the untold story of the hunter Roosevelt being himself hunted.

The research included reading almost everything ever written by and about Roosevelt, as well as several trips to antiquarian book shops in New York and London to purchase out-of-print explorers’ journals in order to research turn-of-the-century African travel.

The most surprising discovery of my research is what’s not there. None of the Roosevelt biographies or any of the history books that cover the period make any mention of the 1909 shipboard attempt on his life. That’s a mystery that deserves serious scholarly attention.

While I’ve done my best to provide a credible answer, I’m a fiction writer, not a trained historian. For any of your readers looking for a blockbuster Ph.D. thesis, I give this one to you on a platter. Go for it.

A: Fiction needs to be entertaining and history needs to be factual. The best combination is where fiction artfully and credibly fills in the blanks that the historical record does not cover. I sincerely hope that readers of Hunting Teddy Roosevelt will conclude that I’ve done both.

A: At the beginning of the 20th century, the world was every bit as complex and dangerous as it is today.

Had Teddy Roosevelt won the election of 1912, my view is that World War I might have been avoided. Without World War I, there would have been no World War II. Without the two world wars, the Middle East would not be as irrationally and horrifically Balkanized as it is today, and Japan not China would likely be the dominant power in Asia.

The modern world would look very different, as would the place of the U.S. in it. Then, as now, tragically or fortuitously, political leadership is often the crucial difference between peace and global disaster.

A: My debut mystery novel, Coldwater Revenge, will be published by Level Best Books in April 2021. Coldwater Revenge is the story of two brothers involved with the same woman, and the chaos that ensues when one begins to suspect the other of helping her cover up a murder. A second and third book in the series will launch April 2022 and 2023.  I’ve got a lot of writing to do in the coming months.

A: Please visit my website: https://jamesrossauthor.com for more information about my books as well as links to my live storytelling performances and short fiction.