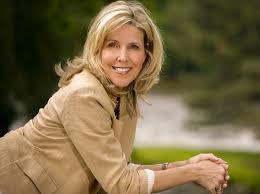 Lori Nelson Spielman is the author of the new novel The Star-Crossed Sisters of Tuscany. She also has written the novels The Life List and Sweet Forgiveness. She lives in Michigan.

Q: How did you come up with the idea for The Star-Crossed Sisters of Tuscany?

A: I wanted to write about a woman who was told from a very early age that she would never find love. To me, it seemed this revelation might result in one of two types of women: Someone desperate to prove the myth wrong, or someone who found freedom and authenticity from this knowledge.

Q: The novel is set in Italy--how important is setting to you in your writing?

A: I’m a huge fan of the late Maeve Binchy, whose novels were set in Ireland. I wanted to try to capture what she did so beautifully—a setting where you’d swear you could see and smell and taste your surroundings. My editor pushed me (in a good way!) to add specific details, to make the place come alive.

Italy is such a sensuous country, with each region having its own unique personality. The characters change with each destination, from the magical yet cloistered city of Venice, to the open and rolling Tuscan vineyards, to the serene, peaceful seaside villages along the Amalfi Coast. 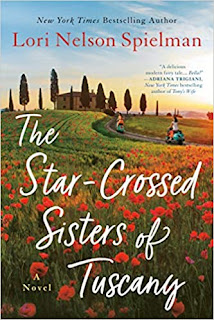 Q: What do you think the novel says about history and myths within a family?

A: The novel shows how family myths can become a self-fulfilling prophesy. I think it’s true, we generally live up, or down, to the expectations of others. That can be a good thing, or a dangerous thing, when it comes to family and societal expectations.

A: Well, I HAD to visit Italy, of course. And I owed it to my readers to eat heaping bowls of pasta and drink plenty of vino, all in the name of research, of course! But because the book has a dual narrative, one set in the late 1950s Italy, I had to research the era and the U.S. immigration process at that time.

There’s also a storyline set in East Germany, just prior to the Berlin Wall being erected.

Luckily, I have a dear, elderly friend in Germany who lived in Dresden after the war. He was a great resource. When I used his memories in the novel, mentioning what a treat it was to have mango juice, my German editor deleted it, saying post-war East Germany would never have access to mango juice.

My friend, however, corrected her. East Germany traded with other communist countries, and Cuba was one of them. The mango juice, though rare, came from Cuba, and was a little taste of heaven during a very dark time.

A: I’m working on a new women’s fiction novel set in northern Michigan, about a down-on-her-luck woman who befriends a runaway girl.

A: I really appreciate you hosting me today. Thanks so much! I’ll leave you with one of my favorite quotes from Aunt Poppy, one of the main characters. “Life is better measured in friendships than years, don’t you think?”