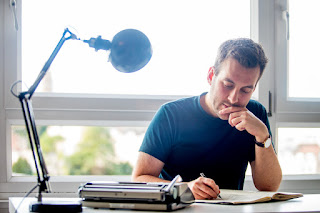 James Bailey is the author of the new novel The Flip Side. He lives in Bristol, England.

Q: How did you come up with the idea for The Flip Side, and for your character Josh?

A: I think, as with many debut authors, I’ve certainly drawn on personal experiences and friends’ anecdotes. There is definitely part of me in Josh.

As a whole though, I wanted him to represent someone in their late 20s who is just a bit lost in their life - which seems to be a common occurrence currently. You go through school, through university, and then what? You haven’t landed your dream job, you haven’t yet found “the one,” you’re wondering whether you have made the right life choices so far. And then the coin flipping aspect fitted in well. 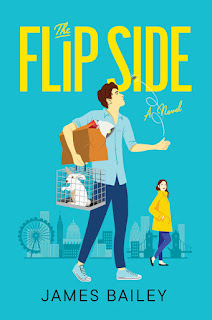 A: Actually, the final chapter was one of the first chapters I wrote. I didn’t plan out the whole novel before I started writing it but I like to know where it’s going. I think the last chapter is so important - certainly in a romantic comedy - so I always knew how I wanted the book to end.

Q: What do you think the novel says about romantic relationships?

A: Firstly, think carefully before you propose to someone on the London Eye! Secondly, if you meet someone you like then get their contact details!

A: I didn’t ever read that much when I was younger - I tended just to read on holiday and it would usually be a Dan Brown book, or the equivalent. I then found the books of Nick Hornby and David Nicholls, and High Fidelity and One Day quickly became my two favourite books. It may be a generic choice, but I do also love The Great Gatsby.

A: I’m currently writing my second novel, which is another male-led romantic comedy. It is set over two time periods and two countries. I’ve just finished the first draft so hopefully I will be able to reveal a few more details soon!