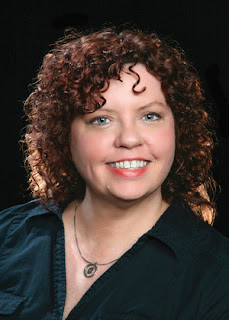 Laura Roach Dragon is the author of Hurricane Boy, a middle grade novel for kids that focuses on the impact of Hurricane Katrina. She is a psychotherapist in New Orleans.

Q: How did you come up with the idea for Hurricane Boy, and for your character Hollis?

A: I work at a local psychiatric hospital. After Katrina we had several people come in struggling with feelings and memories of the aftermath of Katrina. I met adults and also children who were working on recovering.

That was when I found out about the separated children. I had no idea that children and parents were loaded into different buses and told the buses were all going to the same destination, only to wind up going to different places, often in completely opposite sites in the country.

For example, some children wound up in Atlanta and their parents were in Houston, etc. But no one knew who went where so the families were cut off. The cell phones were not working and so families couldn't just call each other and many families back then didn't even have phones or computers so no emails. 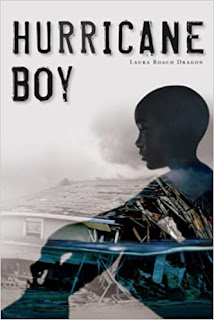 I felt this was something that needed to be written about but there seemed to be no one doing that and it seemed most people were completely unaware that this even happened. Five thousand children were separated from their families along the Gulf Coast. Hollis and his sibs are representations of those separated children.

Q: What do you think the novel says about the impact of Hurricane Katrina on so many families?

A: That there was no plan to deal with such a devastating situation. I think the government is doing better now and phones at least are much more widely around.

A: I knew I wanted it to end with him back in touch with his dad. But having a complete reunion, I felt, would pull attention away from the focus of the separation. In my mind, Hollis's dad had a lot of problems and work to do to earn his son's forgiveness and to have a relationship with him again. I actually considered a follow-up focusing on that.

A: At the time I wrote the book I wanted people to look at what can happen to poor people during emergencies and chaos. NOLA for years kind of saw the hurricane response as just up to the folks. They provided shelters and left everyone to find their own ways out.

But the disasters during Katrina were unprecedented and the people who suffered were the poor, disabled, elderly. There needed to be a change. But I'd never written a book before and it took several years to get it together. Still I felt even though a lot of things had improved, the story of the separated children still seemed unknown. I wanted that out there.

A: I have an anthology out, The Bayou Bogeyman Presents Hoodoo and Voodoo, and a friend of mine from that project and I are shopping a scary book set in Jean Lafitte Park as two girls at swamp camp find a mystery they have to solve. Also I'm working on a middle grade ghost story set in a hospital.