Kermit Pattison is the author of the new book Fossil Men: The Quest for the Oldest Skeleton and the Origins of Humankind. It focuses on the discovery of the "Ardi" skeleton in Ethiopia. Pattison's work has appeared in a variety of publications, including The New York Times and GQ. He lives in Minnesota.

Q: What first intrigued you about "Ardi," and why did you decide to write this book?

A: To be honest, I was not very intrigued at first. I set out to write a book about the evolution of our unusual ability to run and walk long distances—sort of a biography of the human aerobic animal. I figured Ardi would be only a minor part of that story worth a page or two of background material.

But the more I learned, the more engrossed I became because Ardi upset so much conventional wisdom about human origins.

Then I started talking to the scientific team and gradually pieced together the dramatic backstory behind the dry science of Ardipithecus. Oh my god, it was an adventure tale of hunting fossils with bullets whizzing overhead, a collision of alien cultures in the Ethiopian desert, a quest for Africans to gain parity in a science with colonialist roots, and bitter rivalries between scientific camps.

Aside from that human drama, the actual science was deep and fascinating. Because the Ardi skeleton was 4.4 million years old and relatively complete, the investigation became an exploration of the natural history of the human body from head to toe.

And that obliged me to excavate the science itself—to dig into the historical layers from ancient Greek anatomists to modern genomics to understand how we arrived at what we know today. Gradually, that one page about Ardi turned into five pages, then a chapter, then several chapters, and finally I junked the original topic to pursue the untold story about our oldest family skeleton.

Q: In the book, you contrast the reception to Ardi's discovery with that of "Lucy." What accounted for the differences and why was Ardi so controversial?

A: There are a number of reasons, some personal and some scientific. The discoverer of Lucy, Don Johanson, devoted a lot of energy to public relations. He wrote popular books, made television documentaries, and elevated Lucy into a household name. People who know nothing else about human origins somehow recognize her as the iconic fossil ancestor from Africa.

Ardi was more than one million years older than Lucy, preserved body parts missing from the Lucy skeleton, and deserved to be just as newsworthy.

But the Ardi team—which included a few veterans of the Lucy team—didn’t put the same value on public relations or academic collegiality. To the contrary, they felt that Johanson had become too focused on PR and had drifted away from the hardcore science.

The Ardi team didn’t care about popularity, pissing off peers, or telling people they were wrong. That is certainly true of Tim White, but also, to a lesser extent, his teammates such as Berhane Asfaw or Owen Lovejoy. 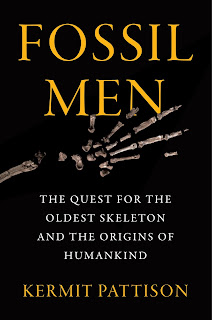 The Ardi team also kept its skeleton—which required years of reconstruction—under wraps far longer than Lucy and the 15-year wait provoked resentment among some scientific peers.

The Lucy and Ardi teams also followed very different publication strategies. The Lucy team’s major scientific publication was a series of papers with very technical anatomical description and not much big-picture narrative.

In contrast, the Ardi team published its skeleton with a sweeping interpretation of our evolution from ape to modern Homo sapiens and they weren’t shy about refuting scientific peers. Ardi finally was revealed in a huge barrage of papers and many peers found it hard to swallow (one critic complained, “It reminded me of a religious cult”).

A number of famous names in anthropology heaped doubt on Ardi, even though some of them hadn’t bothered to study the fossils in much detail. Over the last 10 years, the scientific community slowly has come to terms with Ardi. Gradually, she is being accepted as our oldest family skeleton—but with some dissent about interpretation.

Q: The Kirkus review of the book says, "It’s a journalistic maxim that readers prefer personalities to events, and Pattison describes plenty of ambitious, media-savvy researchers whose often bitter hostility has stalled progress but makes for lively reading." Of the various characters you describe, were there one or two whom you found especially fascinating?

A: Do I have to pick just one or two? Ardi was a rich topic because she was surrounded by an ensemble cast of idiosyncratic characters.

There’s Tim White, a Berkeley professor with a bloodhound nose for bones and probably the most feared individual in the profession of human origins.

His Ethiopian partner Berhane Asfaw survived imprisonment and torture during the Red Terror purges of the 1970s and later became his country’s first physical anthropologist.

Giday WoldeGabriel grew up as a peasant in the Ethiopian highlands, survived droughts and locusts, saw many of his classmates killed in the revolution, and became a U.S. government scientist—but still returned home every year to join fossil hunting missions.

Owen Lovejoy was raised a Kentucky evangelical but became an evolutionary theorist.

And then there was Gen Suwa, a Japanese polymath who is so unassuming that he might seem like a flat character but actually possesses so much acumen that he inspires awe in his peers…at least the ones who can understand him!

Those were the Fossil Men—a group of driven investigators with a purist vision of science often at odds with their profession.

The question of personalities was a tricky one. Anthropology attracts more than its share of headstrong figures who aspire to tell the human story. On one hand, too much focus on personalities and vitriolic politics distract from the real science. On the other hand, you can’t ignore the human dimension because personalities drive the science, compete with rivals, and often react to new evidence for entirely subjective reasons.

Although the characters propelled the overall narrative of Fossil Men, I tried to render a serious account showing the real science at work, such as how geology and radiometric dating put dates on fossils, or how developmental biology alters how we think about evolution.

I wanted this book to be a time capsule of the discipline in the late 20th and early 21st century—and that had to involve both personalities and, more importantly, the hard science.

Q: How did you research this book, and did you learn anything particularly surprising?

A: I read everything I could—tens of thousands of pages of scientific papers, books, correspondence, and more. I talked to lots of people to understand all the various disciplines within paleoanthropology. I took two trips into the field with the Middle Awash research team because I wanted to understand the science at the boots-on-ground level.

That was eye-opening. First, I saw how much work was required to take an expedition into the desert in Ethiopia where you have to worry about everything from malarial mosquitoes to finding potable water to being ambushed by guys with AK-47s. Second, I witnessed the complexity of the science in action—and why it is so hard to be successful at this kind of work. No wonder there are so few old skeletons.

In the course of my research, I also became captivated by how we humans have tried to understand our own biology through the centuries. The discoveries themselves are interesting, of course, but the ways we interpret those discoveries opens another window into history.

For example, the boom in primatology beginning in the 1960s—the observational studies of chimps by Jane Goodall are a prime example—had a huge influence on anthropology. To my surprise, the intellectual evolution of the science turned out to be just as interesting as the biological evolution of our species.

In all, I spent nearly 10 years on this project and the long timeline reflects the richness of the material. Every time I turned over a rock, I found something interesting—nomadic gunmen who bedecked their bodies in kill trophies and filed their own teeth into sharp fangs, graverobbers, eccentric scientists (including Leonardo da Vinci, a self-taught anatomist centuries ahead of his era), and lots of interesting fossils.

The human fossil record is a lineup of creatures hauntingly like us and jarringly unlike us—bipeds with grapefruit-sized brains, others with powerful nutcracker jaws, and more with odd limb proportions that show that our modern form is not any kind of “normal” nor any summit of perfection.

Contrary to what you might read in The Da Vinci Code, our body proportions are not “divine” nor constructed according to any “golden ratio.” As Darwin said, we’re just made-over apes with big brains. Ardi was a surprising creature, but, in the grand scheme, humans are even more bizarre. And all that just covers us primates. Don’t get me started on other weird animals like the gigantic ancient beavers.

A: Another story about the history of science with, believe it or not, even bigger discoveries and truly eccentric characters. Beyond that, I will exercise my right to remain silent. I have a superstition about premature exposure of projects in the gestation stage. So I will just echo what the Ardi team said for many years: I can’t tell you yet, but I’m pretty sure it will be worth the wait.

A: Think for a minute about the breakthroughs that truly revolutionized humanity—stone tools, controlled fire, the wheel, the industrial revolution, information technology, and things of that scale. Of all those, science is perhaps the greatest innovation of all.

Yet we are living in a time when trust in science is being undermined. The political sphere is full of voices casting doubt on the profession of public health, climate science, evolutionary biology, and even rationalism itself. Scientists don’t know everything, ’tis true, but ignoramuses know even less.